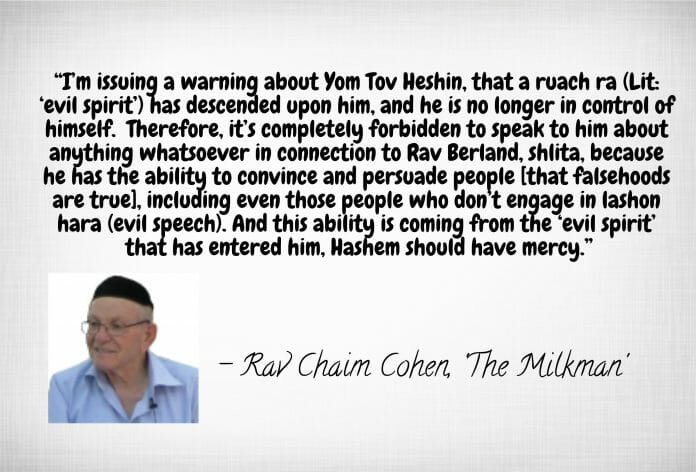 In a statement released on July 18, 2016, the famous kabbalist and esteemed Rabbi, Rav Chaim Cohen, shlita, (‘The Milkman’) said the following: “I’m issuing a warning about YTC, that a *ruach ra *(Lit: ‘evil spirit’) has descended upon him, and he is no longer in control of himself. Therefore, it’s completely forbidden to speak to him about anything whatsoever in connection to Rav Berland, shlita, because he has the ability to convince and persuade people [that falsehoods are true], including even those people who don’t engage in *lashon hara* (evil speech). And this ability is coming from the ‘evil spirit’ that has entered him, Hashem should have mercy.” 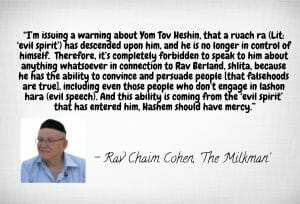 1) “Who’s really behind the terrible slanders of Rav Berland?” HERE

BREAKING NEWS: Rav Berland: “If you dance for me for two days, I’ll be released”