Home Blog Straight to the point 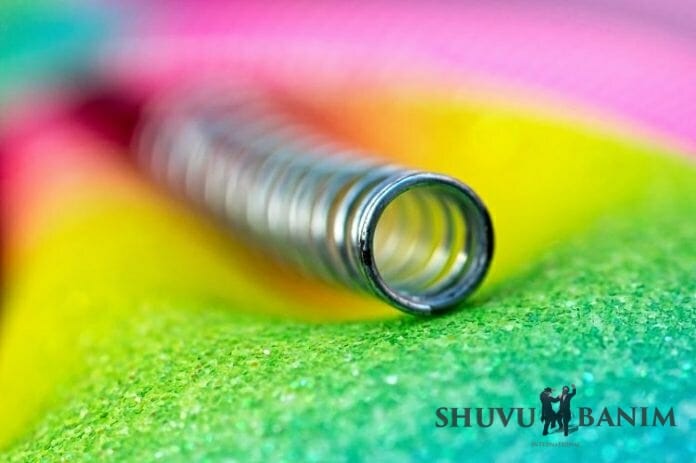 God gets straight to the point

Over the last few years, my husband and I have been battling ‘piercing-itis’ in our home with varying degrees of success. Piercing-itis, in case you don’t know, is where your teenager comes home with all sorts of bizarre ideas to stick bits of metal into their face, or elsewhere, because it looks ‘cool’.

In fact, they aren’t even really doing it because it looks cool, because in their more lucid moments, they know it looks gross. It’s more a fundamental urge of the yetzer hara in this generation, that is encouraging more and more people to mutilate themselves, tattoo themselves, God forbid, pierce their tongues…

Our girls are generally gentle souls, Baruch Hashem, so the main fight over piercings has been: lots of holes in the ears, and a hole in the nose.

We managed to get the oldest one to take out her ‘helix’ (a piercing they do high up at the top of the ear, where it really hurts…) and her ‘spare’ stud, and we high-fived ourselves for half a year that she only had normal holes in her ears. But then, the yetzer struck again, and she came back six months ago with a hole through her nose.

My husband and I decided to accept the nose hole with reasonably good grace, and to pray the piercing madness would pass soon. It kind of did – onto the youngest daughter, who also tried to get a helix done last year, probably just to annoy us.

Thankfully, it stayed permanently infected for five months straight, and when it started sprouting weird looking black hairs too, she was persuaded at that point to ditch it. Baruch Hashem, the black infected bump and its mutant attendant hairs disappeared, and we breathed a sigh of relief.

But the trouble with piercing-itis is that it’s both recurrent, and infectious.

So yesterday night, after going out with some friends infected with piercing-itis, the youngest showed up with two helixes. Me and my husband were severely unimpressed, but we’ve learned that if you make kids feel too bad about this stuff, they just go out and pierce even more parts of themselves. So we grimaced, and gave her a hug, and decided to up the praying again.

This morning, I got a phone call from that kid’s school: she’d had some bizarre accident with the spring of a ballpoint pen, and she now had a long, spiral bit of metal sticking out of her thumb that none of the school nurses or local clinic could remove.

The link with the bits of metal in her ear was so obvious, at least to us.

I went to get her from school, where the teacher gave instructions to take her to Shaarei Tzedek, as the teacher had whatsapped the bizarre injury to an expert doctor, and the doctor told her only a hospital could deal with it properly.

Now, I happen to hate doctors. When Rabbenu says that doctors are dealing with the jobs outsourced by the Angel of Death, I happen to believe he’s not joking. So, we got the kid home, and we went into serious teshuva mode. Because, as I explained to the kid, God was behind the injury, and if we could figure out why God had done it, and what teshuva may be required, that would go a long way to solving the problem as easily as possible.

After a few seconds, the penny dropped, and the kid apologized for getting the holes done.

I was so impressed with her.

But there was still more to do, like paying a small pidyon nefesh via the Ravberland.com website, as Rabbenu teaches that once a pidyon nefesh has been paid, any form of healing or medicine can cure the problem. (Although clearly, massive health issues require much bigger amounts.)

With that done, I next dripped some helichrysum essential oil on the wound – which I have to say is the nearest I’ve come to discovering magic. Helichrysum prevents swelling and also heals bones and bruises in miraculous fashion, as well as being a natural antiseptic. Like I said, magic. So I dripped that on, then had the kid soak her thumb and the protruding spring in a bowl of hot water, with some bicarb of soda sprinkled in.

While we were waiting, I read the pidyon nefesh prayer from the Garden of Healing book by Rav Shalom Arush too, then I danced around the kitchen for 10 minutes, clapping my hands to sweeten the judgements.

Could be I’m crazy…

“Ima, all our friends think that you’re crazy,”

What can I do? Sometimes, the friends are right.

So then, it was crunch time. Could we get the spring out ourselves, or would we have to take her for a ‘minor operation’ at A+E? My brave husband figured out how the spring was wound in, and my brave daughter let him try to move it – and whaddya know? That thing popped right out of her hand, without even causing her a lot of pain!

A miracle! An open miracle!

The kid’s teacher phoned up later, to find out how the ‘operation’ had gone – and was stunned to hear about the whole baking soda / helichrysum / pidyon nefesh thing.

What, no blood? No massive bandage? No antibiotics?

Later on, my kid said to me:

“Ima, why do we have so miracles in our family?”

And I told her straight: Because we believe they can happen, and because we try to follow the advice of Rabbenu.

Charity, teshuva and prayer really do cancel the evil decree.