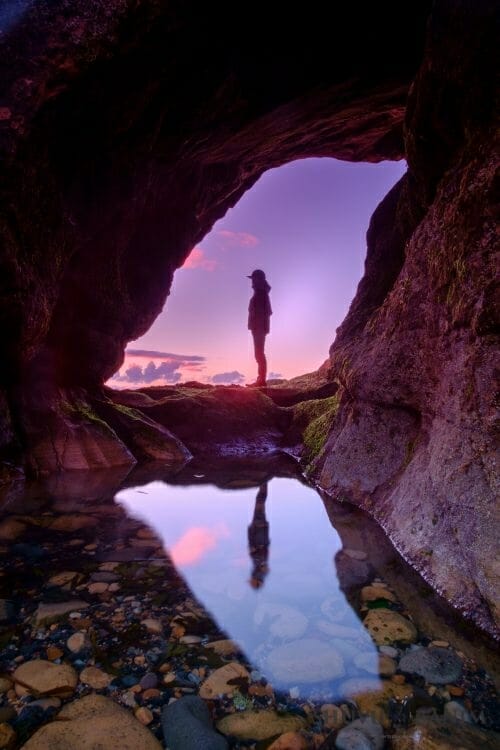 The following story has been abridged and translated from the book Pele Elyon, a collection of miraculous stories about Rav Eliezer Berland, shlita.

This story was given over by Rav Yitzhak Ze’evi from Modiin Illit, who wanted to emphasize before he began his tale that not everyone will be able to accept what he’s about to recount, but that he heard it directly from the person who it happened to, when he happened to meet him next to the Rav’s home.

On that occasion, the man was coming to tell the Rav about the enormous miracle that had just occurred for him and his family, in the merit of the Rav, shlita.

This is truly an amazing story, and even if we begin with 10 prefaces, and ask the reader to prepare themselves mentally to be able to take in the tremendous spiritual light it contains, not everyone will be able to do this, we know. Without any further ado, here is the miraculous story of the boy who came back from the dead.

In a coma for a decade

One day, a Yemenite Jew showed up at Rav Berland’s home in a state of tremendous excitement. He’d never met the Rav before, and he certainly wasn’t at all connected to Breslov Chassidut, but he came because he didn’t really have any other choice. He’d already tried all other avenues, and spoken to so many doctors, yet for the last 10 years, nothing had worked. Nothing.

The situation had stayed exactly the same.

His young son was currently still hospitalized, and still in a coma, and it had been that way for 10 years already. He’d been completely unconscious for many long years, and was showing no sign of life. Meanwhile, his father had devoted himself to running around from hospital to hospital, and from one professor to another medical expert – all to no end.

Recently, one of his friends had started to get interested in Breslov Chassidut. One evening, in the break between davening mincha and maariv, he’d told the father about the tzaddik, Rav Eliezer Berland. He told this devoted father some of the wondrous stories he’d heard about the Rav, like:

Ronen Dvash’s incredible story, of how the Rav helped him to escape from an jail in India and return home, and how the Rav could sweeten judgments in the heavenly courts by way of accepting a pidyon nefesh (redemption of the soul).

The father didn’t hesitate: He asked his friend to help him arrange a meeting with Rav Berland. On the spot, the friend contacted one of Rav Berland’s gabbayim (attendants), and asked if his friend could come for a bracha.

In the small hours of the night, the father entered the Rav’s room. The Rav took his hand warmly, and told him: “You need to give a pidyon of $1000, and then your son will wake up.” The man didn’t hesitate for a moment. He immediately took the amount out of his wallet, in cash, and gave it to the Rav. The Rav took the money, then told the man: “Go now to the hospital, and you’ll see that your son is waking up.”

The father quickly travelled to the hospital, ran to his precious son’s room, got to the door and pushed it open… Nothing had changed.

Quickly, he called the Rav’s gabbay back. The Rav overheard the conversation, and gave instructions that the man should bring another pidyon of $1000, and then he would see miracles. The man returned to the Rav’s home, gave another pidyon, and again ran back to the hospital – where he was crushed to see that again, nothing had changed.

When is the pidyon going to work?!

He phoned the gabbay up again, apologized for being so persistent, but wanted to know when he’d seem some ‘fruit’ from paying the pidyonot.  Again, the Rav overheard the conversation, and advised the man to come back again immediately with another $1000 pidyon.

And so, the same scene repeated itself 11 times over!

When the devoted father came to give the Rav a pidyon for the 12th time, he turned to the Rav with tears in his eyes and said to him: “Esteemed Rabbi, I don’t lack money, and that doesn’t concern me. But I want to see my son alive again. Please….”

The Rav looked deep into the man’s eyes, and said to him: “Bring me another $1000 now, and this is the last time. You will return to the hospital, and he will be waiting for you.”

The boy wakes up

Again, the man travelled over to the hospital very quickly, hoping that the 12 pidyonot that he’d given the tzaddik would finally have worked. He didn’t want to get too excited, in case nothing had happened again, and he’d just be terribly disappointed. Again, he made his way through the hospital’s corridors, got to his son’s room – and saw his son sitting on the bed with his eyes wide open, looking at him with such a grateful expression on his face.

“Dad, thanks so much that you gave Rav Berland 12 pidyonot for me,” he said. For 10 years, the father hadn’t heard his son’s voice. For 10 years, he’d been in a coma, with no signs of life. And now, he was having a conversation as though nothing had happened, and as if they’d only just spoken yesterday.

“How did he even know I was by Rav Berland?!” the father wondered in amazement, “and how did he know that I gave 12 pidyonot for him???”

Sweetening the judgments in shemayim

The son gazed at his father, then told him: “Dad, you should know that the first time you went to Rav Berland’s home and gave him a pidyon for me, you raised my soul up to two batei din (courts of judgment) in shemayim (heaven). Those two heavenly courts sweetened some of the judgments against my soul.

The true tzaddik of the generation

The son finished his wonderous account, and the father sat there, dumbstruck by the magnitude of the miracles he was witnessing with his own eyes. Immediately after his son was released from hospital, after he’d gone through a number of extensive medical tests, the first thing they did is return to the home of Rav Berland, in order to thank him for the miracles and the wonders they’d experienced.

When the son saw Rav Berland for the first time in his life, he pointed to the Rav and told his father very emotionally: “Here, dad, that’s the Rav Berland who I was telling you about who got me through the 24 courts of judgment in the upper worlds!”