Home Blog Breslov Women The day didn’t even start yet 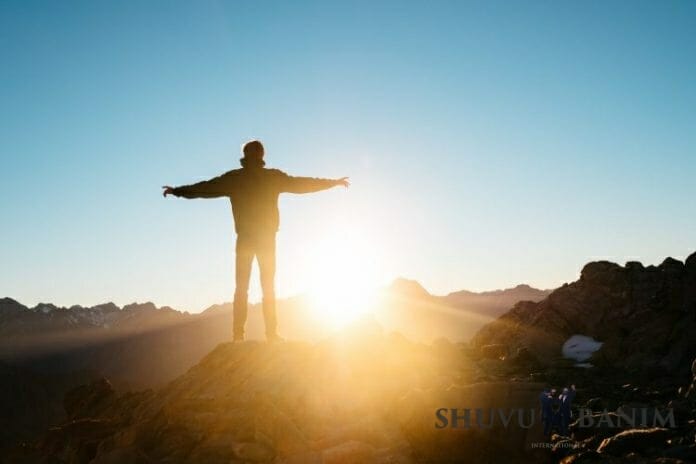 Work on this book? Re-boot that old website? Do more stuff outside the house? Do more stuff to help my husband with his business? Pray more? (Pray less?) Spend more time washing up and less time pouring out my soul on my keyboard? What do you really want, God?

And I just haven’t been getting any clear answers back in my hitbodedut.

Something needed to change, that’s clear, but what the something really was – I had absolutely no idea. And you know what? That’s sometimes the worst feeling  in the world, when you know God created you for a reason, and that you have a specific job to do, but you have no idea what it is, or how to actually get to it.

So then, I came over and read Rav Berland for some inspiration – and I got to the chapter from his Advice book that’s being serialized on the main site, where he talks about Renewal. Or to put it in different words, the importance of starting all over again, and making another new beginning.

Here’s the thing: Most of the world is allergic to starting over again.

And you can kind of understand why. What, after I made all that effort, put in all those hours, I’m going to pull the plug and start from scratch again?! What, I’m going to uproot myself from my comfortable community where I know everyone, and everyone knows me, and where I get my poultry cut just how I like it at the butcher, and where I’ve built a strong network of friends and acquaintances?

I’m going to give all that up and start over again, are you kidding?!?!?

I have a friend who recently moved to a different community for the first time in over 20 years, and it hit her like a hammer blow. Even though she moved to a very similar type of community in the same country she was actually living in, and she can come back and visit her old hood anytime she wants, as it’s actually very close, she still told me that her and her husband walked around feeling like the biggest failures for the first year after the move.

Because now, she had to figure everything out from scratch again, and that is so very humbling. Also, it’s not so easy to make new friends – especially when you’ve developed a fixed ‘persona’ that fits in very neatly with an existing chevra, an existing community.

As someone who’s moved around a lot, I know exactly what she means.

When you move to a new place at an older age, you need to have pretty good middot to make new friends, because new people won’t like or tolerate all those problematic ‘quirks’ that old friends who have known you for years either just don’t notice any more, or gave up on trying to change.

So anyway, starting over is not so popular in our modern society.

But for me, getting permission to start over again – and again, and again – is probably one of the biggest saving graces of my life. Every time I start to feel weighed down, stuck, claustrophobic, bored, stagnant, Hashem sends me another push to press the re-start button.

And starting over has transformed my life in so many positive ways.

Sometimes, I also yearn for things to be easier, more stable, more of what I’m used to and less strange and new. But then, God sends me some sort of interaction with ‘comfortable people’ who have lived in the same place for eons, who have had the same friends forever, who have stayed in the same job for a lifetime – and man, it’s scary.

So, when I read this:

“You say things like: “I can already see, it’s not worth my while doing this. I’m going to go hang out by the fast-food stands and eat falafel, or go back to bed…” But what do you know?! Why are you falling into yeoush and despair, already? The day didn’t even start yet!”

I knew God was lighting a fire underneath me, to get me active and trying again.

You’ll have to wait and see.

But I can tell you this: it beats the heck out of sitting on the couch wrestling with ‘big’ questions about what to make for supper.

The pursuit of happiness

Too much light – Shiur for Women, Sunday 10am