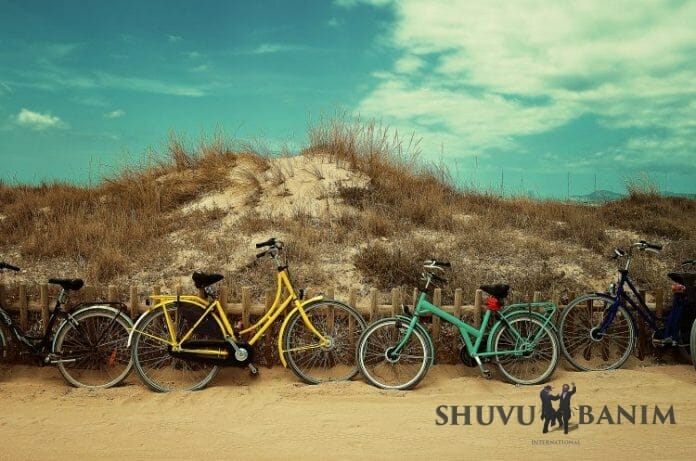 Instead of Yom Kippur, it’s the ‘Day of Bikes’

By the chilonim (secular Jews), this is ‘Yom haOfanim[1]’ (the ‘Day of Bikes’), this is the ‘Day of the Killer Bikes’. They call Yom Kippur ‘Yom HaOfanim’, and two children passed away, and in Germany also two. It was a day of killings, a day of murders.

Dafka, one [of the people who was killed in Germany] sold shwarma, he was such a tamim (innocent) man, he was so holy.

One [of the kids] on a scooter was seriously injured.

On Yom Kippur, the chilonim run wild. It’s written that whoever causes a child to be born into a secular household, it’s as though they slaughtered them.

It’s written that the Gemara says that if a person gives birth to a child and he doesn’t go to yeshiva, he doesn’t go to a Talmud Torah, it’s as though he passes him over to be slaughtered.

One [child] fell off his scooter there, in Haifa, and broke his head open. And also in Haifa another got bayoneted by his bike in the stomach, and all his entrails spilled out. And another one broke his teeth. And one had his head broken open by a scooter. There’s a long list.

By the chilonim, Yom Kippur is ‘Hashem should have mercy!’

[This from the Times of Israel, about the number of injuries that occurred on Yom Kippur, 5780:]

According to a spokesperson from MDA, 256 people were injured and needed first aid due to injuries from cycling, rollerblading, scooters, and skateboards.

There was [a man called] David Pem. David Pem, some people still remember him, David Pem. He was from an assimilated family. By them, there was a law that on Yom Kippur, you don’t leave the synagogue. This was in the city of Cape Town[2]. It was forbidden to go outside on Yom Kippur, it was a danger to life.

There was one house in Or HaChaim of Rabbi Elbaz, three boys were killed in the Golan on Yom Kippur – and Hashem will avenge them.

Just from this alone, it’s possible to make teshuva, just from these stories.

We see [Hashem’s] hashgacha (Divine Providence) with our own eyes, how each second these chilonim are being killed, one after the other.

If a person desecrates the Shabbat, he is killed, this can be seen with our own eyes, we can see this. When people desecrate Yom Kippur, they are killed immediately.

[1] In Eretz Yisrael, there are so few cars on the roads on Yom Kippur that the secular Israelis who don’t fast, the chilonim, often take to the empty roads with their families on bikes.

Translated from the Shivivei Or Newsletter #113