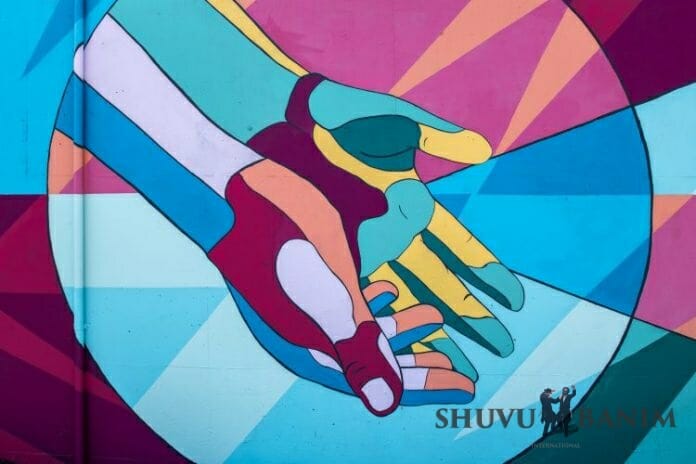 Two days ago, an article appeared on the Shuvu Banim website explaining the plight of two chareidi families who urgently needed $4000 to marry off their children.

Both families have many children – one has 11, the other 14 – and in both families, the emphasis has been on mesirut nefesh in order to learn Torah day and night. The fathers are well known in the Shuvu Banim community as lamdanim – very serious Torah learners – and so inevitably, the financial situation is tight.

That’s just how it is.

When people sincerely sacrifice for Torah, the first thing that goes is the material comfort of having two incomes coming in. And let’s be clear, it’s often a very difficult test, especially when it comes to explaining to your children why you can’t afford to give them the material comforts they see so many of their (non-Torah learning…) peers have.

The article explained that a wedding was taking place yesterday, December 17th, 2019, and that the family literally had no money to pay for it.

Like so many others, we’re in a bit of a cash crunch at the moment, and the minus is starting to feel the strain. But at the same time, I still have money to ‘waste’ on buying the books I want to read… And I still have money to ‘waste’ on buying a little of what I fancy when it comes to food – like the odd chocolate bar, the odd smoothie, the odd meal out at a restaurant, however basic and ‘no frills’ that might be.

So I read that piece, and I did a little cheshbon hanefesh, or self-accounting.

First, I had to clear the yetzer out the way, that immediately started carping and nitpicking, and trying to ‘find fault’ with the situation.

I had a lot of problems with that type of yetzer – until around 5 years ago, when my family also hit the skids financially, and we had so many bilbulim and confusions and judgments raining down on us that we literally didn’t know our left from our right.

At that time, it would have been so easy for other people to try and blame us for the mess we’d gotten ourselves into, because my husband couldn’t work for two years, which meant we had to sell our house just to pay for the basics.

And many people did.

Especially arrogant people, who thought they were masters of their own destiny, and stingy, evil-eyed, miserly people, who were always looking for reasons to ‘justify’ why they didn’t need to spend a penny of their own money trying to help other people.

But thank God, there is also a different type of person in the world.

That sort of person feels compassion for others instead of trying to blame them for their hardships, and that sort of person enjoys spending their money to help others, instead of trying find excuses why buying yet another pricey dress for themselves, or another frivolous ‘accessory’ for their kitchen, or another expensive meal out should ALWAYS take precedence over giving their 10% to charity.

And when we hit the skids, there were enough of this second type of person in our life who were willing to step in, and to help us get through the hardest time of our life without judging or blaming.

So thank God we ran out of money the way we did, back then, because after we came through that experience, I discovered it had transformed me from being an ‘evil-eyed blamer’ to being a much more compassionate giver.

Just now, I don’t have so much to give.

So when I read that article, even though the minus is squealing, I donated something to the cause – not anything to boast about, but something. And I really prayed that a lot of other people would donate something too, and that this family of sincere Torah learners would get the miracle they needed.

Baruch Hashem, this morning I got an email telling me that around $2000 – half the amount required for the wedding – had been raised yesterday, and had been given to the father of the bride straight after the chuppa. The person who emailed told me:

That made all the difference in the world!!!!

It meant he could pay half the cost of the wedding there and then, and hopefully Hashem will help him to find the other half.

Tomorrow, Thursday 19th, 2019, there’s a second wedding taking place, in similar circumstances. This is the 11th of 14th children, and the father just sits and learns Torah all day – thank God! He’s probably staving off 3,000 rockets from Gaza a day just by his mesirut nefesh and dedication to Torah.

But in the olam hafuch, the upside-down world, instead of praising Torah learners like him, so many of the arrogant, yucky individuals out there instead rush to condemn and blame them.

The minus is still squealing. There’s not a lot of spare cash at the moment. But honestly? I’m still buying most of my ‘treats’ and luxuries, regardless. If I don’t mind going into debt for my chocolate addiction, I really have no excuse for not going in to debt to help a Torah scholar’s child to get married.

So, I’m heading back to that chessed fund website, to see if I can get my credit card to work again…

All of us need so many salvations, so many miracles, so much Divine mercy, at the moment.

Really, these marriages are just ‘tests’ for everyone who hears about them, part of that birur process, where God gets a clear bead on whether we’re in the camp of compassionate givers, even though we can’t give a lot, or arrogant, evil-eyed blamers.

I have two single girls at home, who are approaching marriageable age.

I want them to find good husbands with good middot, bezrat Hashem, and I want to be able to afford to marry them off appropriately.

The single best guarantee I have of God helping me do both those things is to make every effort to get myself into that camp of compassionate givers, because God judges us, the way we judge others.

It’s a joke, to think that people who are up to their eye balls in materialism and gashmius should somehow ‘deserve’ money more than people who have devoted their whole life to serving Hashem sincerely, and learning Torah.

This circumstance is really just a test of our own middot, and a measure to see how we will be dealt with, in our own times of weakness and need.

That’s why I’m happy to keep giving my ‘little bit’, whatever I can manage, and to show God that I really do care, even though I’m skint at the moment.

When something is important to us, we always find the way to do it, to give a little bit, to try a little bit.

And to do it with an ayin yafa – a good eye – and not like an evil-eyed, critical, complainer.

There seems to be a strong correlation between those who give tzedekah happily, and those who can access the Rav’s light – and all the blessings that come along with that.

All I can tell you, is that I want to be in the camp of compassionate, generous people who are close to the Rav.

You can also get into that camp! Head over to the chesedfund page HERE, and donate whatever you can manage, however small. Because even giving a little bit makes a huge difference – especially to ourselves!