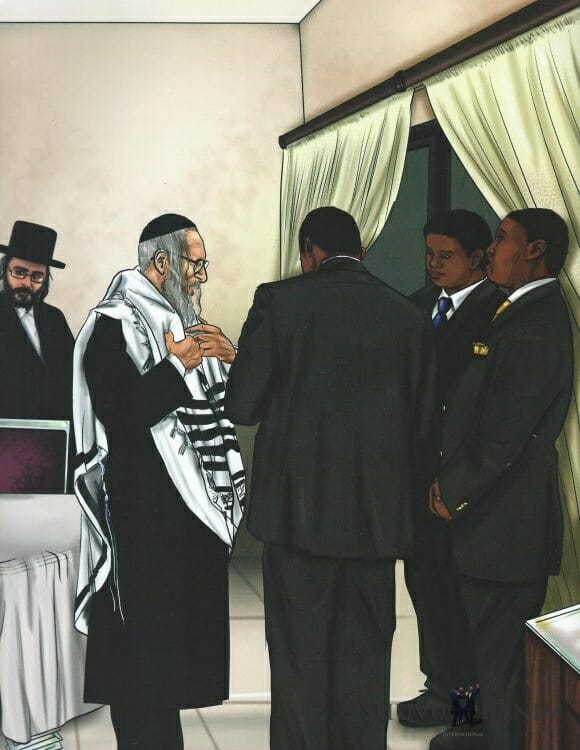 However, in Heaven, they do not forgive when people hurt the honor of the tzaddik. The state of Zimbabwe was a country that needed a lot of rain for the famous waterfalls called “Victoria Falls”. People came to see the waterfalls from all around the world and to watch this wonder of creation. They enjoyed seeing a large amount of water falling down from very high to form streams and springs.

Every year rains generally come down in Zimbabwe and give lots of water to the ground and to the waterfalls. So behold this miracle: From the minute that Rav Berland left the land of Zimbabwe, the rain stopped. This continued until the waterfalls dried up completely. And then the tourist traffic and the money that it brought to the country also dried up. Many reservations were canceled. The economy of the country was close to collapse.

The truth needs to be said. Because upon the arrival of Rav Berland to Zimbabwe, local Jews warned the border police and their commander, “Be careful! Because this man is holy and is at a high level, HaKadosh Baruch Hu likes him and loves him. If you hurt him even a little, even just to his honor, it will not pass quietly. And of course you will receive punishment from Heaven!”

But the police did not listen to the warning and they did not honor the Rav properly. And indeed there was a drought that spread throughout the country.

For two years rain did not come down in Zimbabwe. Not even one drop. Until senior government officials changed their minds and understood that the drought came to them as a punishment from heaven, because they drove the Rav out of the country.

Therefore, government authorities pulled together a group of heads of government to go and ask the Rav for forgiveness.

The group arrived in Johannesburg and told the Rav that “since the Rav got kicked out of the country, there has been a hard drought. There has been no rain, and the situation is getting worse every day. This is the hardest drought in the last generation! We are declaring that this terrible situation happened because we kicked out the Rav from the country.” They asked the Rav’s forgiveness.