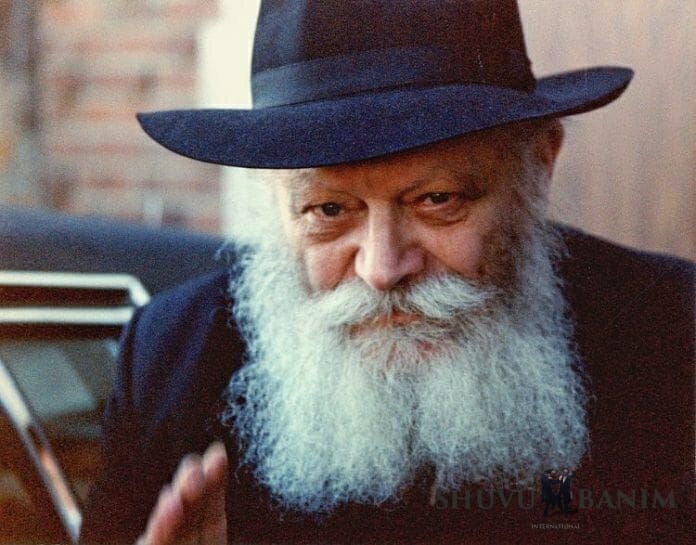 A shiur given by Rabbi Eliezer Berland from Tzalmon Prison, on the 10th of August, 2020

We talked about the chiddushim (novel Torah teachings) of R’ Levi Yitzhak [Schneerson, the late Lubavitcher Rebbe’s father], we said it in his name.

Now, they brought me the book [that he authored]. Today it’s the yahrtzeit of Rabbi Levi Yitzhak, who is buried in Alma Ata, a city [text missing] in Uzbekistan

And there is where he put together the books.

His wife, the tzaddeket, smuggled it out via the Israeli Consulate.

She managed to bring this to the Consulate, and it managed to transport this, these writings of his.

He had chiddushim on the whole of SHAS – billions of chiddushim. Everything is lost to us, only what was in galut (exile). He was [text missing] years in galut, each time in a different city.

At the beginning, he had really been captured.

To be seized by the Russians is really not a simple matter.

It’s not like being seized by the Jews, where there is here a telephone, and you get five meals a day, and you can pick what you want to eat, and there’s a canteen here. Here’s it’s Gan Eden on earth. Here, it’s the real Gan Eden, it’s in Tzalmon [prison]. Halavai, [if only] in the next world it will be like it is here.

But there, in Russia, the prisons… And the maskilim [so-called ‘enlightened Jews who were anti Torah judaism informed on the chassidim. All sorts of different books, this is….the whole book.

This is the avoda that R’ Levi Yitzhak was called to, and he was the cousin of the Rayatz.[1]

And he married his cousin, who was his second cousin. He was already the second with the second. And R’ Menachem Mendel, the melech HaMoshiach, [married] with the daughter of the Rayatz. They were the third with the third.

At the beginning they were ‘modern’, like that, with a special hat, with a plume of feathers. But in the end, she helped him in all of his studies, because he didn’t want to derive pleasure from the kollel. He didn’t want – the melech HaMoshiach.

So, he learned to be a ship’s engineer, and when he got to [text missing], they really didn’t want to let him enter America.

They said that he was a communist. Ultimately, he entered. He managed to escape via Riga to Sweden, and from there – one boat before him was sunk, I think.

One boat, the Americans sunk it.

They gave him a reception, and he was a ship’s engineer. He was in Paris for five years [text missing]. He learned how to be a ship’s engineer, [he learned] all the seven wisdoms. And up until they forced him to work on Shabbat, he always managed to evade them.

They said to him:

That’s it! All the getting out of doing this is finished!! You need to work on Shabbat.

Then, everyone used to work on Shabbat, except for the son of R’Alter, Mordechai. Mordechai.

Mordechai was the only one who didn’t work on Shabbat.

So, R’ Menachem Mendel didn’t go to the Kollel, and was a ship’s engineer, and he was the most ‘kosher’, until after a year, when he’s had thousands of excuses why he couldn’t work on Shabbat, they said to him:

You are obligated to work on Shabbat. You have to quit!

And so, he resigned.

That’s when the Rayatz died.

So his father, R’ Levi Yitzhak, died in Alma-Ata, and only the chiddushim from Alma-Ata are left to us. On every word of Torah, he had thousands of chiddushim. He learned the whole of the Etz Chaim, the whole of [text missing]

At the end of the day, he went via Oxford.

In Oxford, there’s the army prep school. In Oxford, you learn all the tricks of the trade.

This is where Shmuel HaNavi is buried.

So, there was a promontory, and there was the place of the prayers. The Hashmonaim put the prayers, they saw everything – all the Greeks who came to fight them died. The elephants trampled everyone. They had a thousand elephants, and they trampled around 100,000 of their soldiers. [text missing] Soldiers.

And who was the ikker (main player)?

It’s brought in [Tractate] Pesachim, in Megilla 2a, that Chanuka is in the merit of Yehudit, that she killed Nicanor. It was impossible to fight against the Greeks. The Jews had a few swords, a few arrows – if an army of 100,000 came, it was impossible.

Everyone knew, already, that it was the end. Tomorrow, they are already going to break down the gates, and enter. How much more could they defend the gate? Another hour, and another hour.

Yehudit came to governor and she said,

In the meantime, they brought her a sword, and so she cut off his head.

Those who didn’t kneel to the Baal