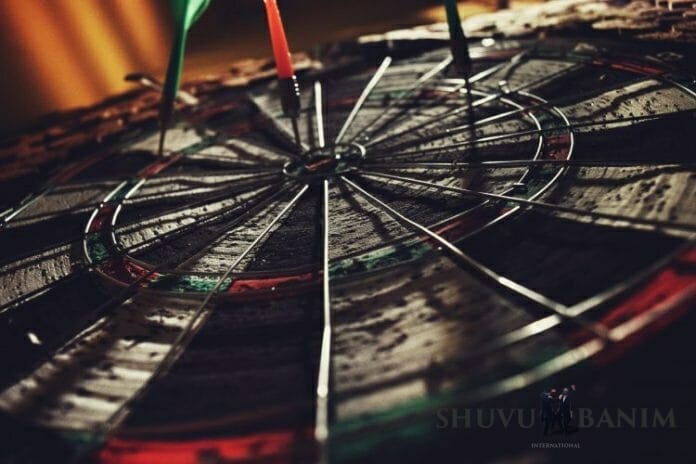 The Guardian of Israel never sleeps

Excerpt of a shiur given by Rav Eliezer Berland in Bet Shemesh, on Motza’sh, May 12th

[The Rav was speaking about how the Germans managed to conquer Europe, during World War II].

[The Germans] entered Holland around May 20th, and after that they entered France. From Holland, they went to France. There was a casino nearby that they opened up, and De Gaulle[1] ran away, already.

De Gaulle was the biggest traitor to the State of Israel

De Gaulle used to say protecting your interests is more important than fighting for your ideals. De Gaulle was the man who most betrayed Am Yisrael, and who betrayed the State of Israel. After [Israel] had paid him the money for the Mirage Jets, they paid him in cash, and then afterwards it was the Six Day War – and he didn’t send them even one Mirage!

De Gaulle said that he wouldn’t send them anything, because ‘I need to keep the Arabs happy, because the Arabs are sitting with me in the parliament’, etc. There are two million Arabs in France, and he couldn’t ignore them. If he hadn’t chosen to come out against [Israel], he wouldn’t be able to ignore them, so he said ‘interests over ideals’ – after the war is finished…

The Arabs will suffer a defeat like never before

This was the Six Day War. You weren’t even born then, in 1967, the 28th of Iyar. It started on Monday, at 7 in the morning. I was in the Ponovezh yeshiva then, and we went to the field all night, with Ettinger, and we went with Yisrael Hersch, and we cried out in the field.

Some soldiers came, and we had no idea what was going on. They told us that now [the Arabs] were going to have a defeat like never before. Already by 7 in the morning, they didn’t have a single plane left – by 7am! Something like that had never happened in any other war! 400 aircraft were destroyed in just 45 minutes.

400 planes, including around 100 MIGs. They’d hidden the MIGs under passenger planes. They took a Boeing 777, filled it up with people, and then they put the MIGs underneath. It’s a small aircraft. We were in Uman and we saw one. So, they hid them.

Not one plane remained

Golda threatened to drop a nuke on Cairo

In the Yom Kippur War, everything was the opposite. They destroyed our aircraft, and everything, until Golda[2] told them that she’d drop a nuclear bomb on them. We had almost no airplanes left. This was in ’73, October 4th. Yom Kippur was October 4th, at 2am in the night.

Nassar’s son-in-law was our spy. He did everything for money, they gave him a million dollars, a million pounds, and he told them 6am. They heard on the telephone ‘6am’ – but [it started] at 2am. He committed suicide afterwards, so until this day no-one knows if he was deceiving us, or they just didn’t hear him properly. Because he said ‘six’, but ultimately it started at two. So in those four hours, they destroyed everything, and we already didn’t have any bachorim (young men, i.e. soldiers) left.

They got Sinai back

They could have advanced to Beer Sheva, but Nassar told them to only advance 10 km. There was Sadat, and Sadat said afterwards that when [he asked Nassar why], he said that he didn’t intend to conquer Beer Sheva, he only wanted to show the world that they [i.e. the Arabs] were strong and determined.

Kissinger sided with the Arabs

At that time, there was Kissinger[3], who was the head of the State Department, and he was on the side of the Arabs. He said that he wanted to see them get as far as Tel Aviv, because the Arabs also deserved something. It wasn’t fair that they should be defeated each time, that the Arabs should always be humiliated. They were always missing out.

[Kissinger] thought that it was like a big game of chess; if you win 10 times, so you let your opponent win once. The Jews had already won in all the wars, now it was the Arabs’ turn to win a little. But really, they’d just murder everyone. They had the Bar-Lev Line[4] back then, and they had a bunker every 100 metres.

The bunkers were full of yeshiva students

And these bunkers had yeshiva bochurs (students) in them. It was Yom Kippur, and the bunkers were full of yeshiva students who’d come from the yeshivas to pray with the soldiers. So there was one bunker that only had yeshiva students in it, and they had two big guns there that were rusty, left over from ’67. Now it was ’73, and seven years had passed.

No-one had touched those guns, no-one had greased them, no-one had moved them, they just stood there, rusting. Suddenly, they saw a barque opposite them – this was overlooking the Suez, their bunker overlooked the Suez. And they saw a boat coming with 500 Egyptian soldiers on it. They started to say Shir Ha’Maalot (Tehillim 121):

“A song to the ascents; I raise my eyes to the mountains, where will my help come from? My help will come from Hashem, the Maker of heaven and earth. He won’t allow your foot to falter, and your Guardian doesn’t slumber. It is so – He neither slumbers no sleeps, the Guardian of Israel, Hashem. Hashem is your Guardian, your protective shade at your right hand. The sun will not harm you by day, nor the moon by night. Hashem will protect you from every evil, He will guard your soul. Hashem will guard your departure and your arrival, from this time until eternity.”

They scored a bullseye with just one shell

And then they said it again, and with difficulty, they said it another time, thinking about the guns. It was impossible to move it and to aim it at the barque, because it was rusty. They had just one shell there, because no-one had any idea there was about to be a war.

They had just one shell, and they tried to aim the cannon at the boat – bullseye. The whole boat sank, taking 500 soldiers with it.

Here, the first shell scored the hit – bullseye. They managed to sink two vessels [with one shell]. They interrogated them about what secret weapon the Jews had.

Putin is only scared of the Jews

The Jews managed to successfully steal all the documents there [in Iran]. Something like this hasn’t happened since the creation of the world! The whole world is in shock, Putin is saying that he’s only scared of the Jews. He’s not afraid of America, he’s not scared of anyone. But whatever the Jews want to do today, they do it. They could destroy Moscow in a second, so he’s only afraid of the Jews.

“Because the fear of the Jews fell upon them” (Megillat Esther 8: 17).

[1] Charles de Gaulle was the head of the French Resistance in World War II, and held the post of the the French President between 1958-1969.

[2] Golda Meir was Israel’s Prime Minister between 1969-1974, when she returned following the debacle of the Yom Kippur war.

[3] Henry Kissinger, a Jewish refugee from Nazi Germany, was head of the US State Department between 1973-1977.

[4] From Wikipedia: The Bar Lev Line was a chain of fortifications built by Israel along the eastern coast of the Suez Canal after it captured the Sinai Peninsula from Egypt during the 1967 Six-Day War. It was considered impregnable and was a symbol of Israeli military perfection. It was overrun in 1973 by the Egyptian military during Operation Badr.