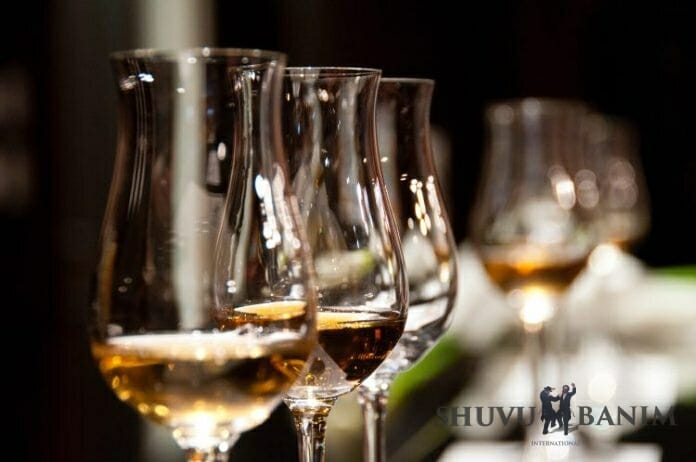 Halachas of Drinking on Purim

Excerpt of a shiur given about the halachas of Purim, by Rav Eliezer Berland, shlita

It’s known that when a person is a baal daat, (a spiritually-aware person), he doesn’t get drunk.

This is known. The only people who get drunk are the ones who don’t have daat (spiritual knowledge / awareness). He drinks some wine, and he’s ready to drop, he’s already falling over. And he could be an ‘important person’, but if he falls over, this is a sign that he doesn’t have daat.

If a person falls over, this is a sign that he doesn’t have daat, this is clear. The Ari says, that it’s forbidden to fall, it’s out of the question. The Ari says that a person can drink as much as he wants, and every second, he’s truly receiving a new moach, a new intellect. So with this renewed intellect, he can drink yet more.

Every drink contains some of that ‘wine of preservation’, if he merits to drink this in holiness and purity, and with the correct intentions.

Every Purim, the light of the ‘Foundation of Abba’[1] shines on us, which otherwise never shines to us.

And no-one really got totally drunk, it was always le’basuma.[2] Le’basuma is not ‘getting drunk’. It’s talking about having a red face, about feeling enthusiastic, about feeling dvekut, (closeness to Hashem)….

So now, I’m asking, how much is ‘le’basuma’? How much time should we be ‘le’basuma’? Two hours? Three? One hour? Half an hour? Five minutes?

The Shulchan Aruch doesn’t say how long a person should be le’basuma.

But the Kitzur Shulchan Aruch brings on page 142, Section 6, the halachot for Purim. The Shulchan Aruch says that because the whole miracle came about by way of the wine…(that Queen Esther held a wine feast on two occasions, and by way of this Haman had his downfall)…, that this is why we are obliged to remember this by getting drunk on wine.

(And we are obliged to drink le’basuma on Purim, until we don’t know the difference between ‘cursed is Haman’ and ‘blessed is Mordechai’.)

So, at the least we should drink more than we usually do, more than we’re used to doing, in order to remember this big miracle, and then to go to sleep, and by way of being asleep, we won’t know the difference between ‘cursed is Haman’ and ‘blessed is Mordechai’.

All the drinking of wine, it’s just so that we’ll get closer to Hashem, dveikut with Hashem. So we’ll see Hashem face-to-face. The point is not to get drunk, but that our every action should only be done for the sake of Heaven.

Translated from the Shivivei Or Newsletter, #81.

[1] A reference to the kabbalistic worlds of yesod and Abba.

[2] A Talmudic expression denoting the level of drunkenness required on Purim.