The P’rakim Nevcharim – Selected Chapters, about which Rabbi Eliezer Berland shlit”a testified that he received them from Rabbeinu HaKadosh, Rebbe Nachman of Breslov, and which are being publicized throughout the world for the awesome spiritual level in reading them…

Now, testimony has reached us from within Persian communities in Iran, America, and Germany that also there hundreds of copies are being distributed which are mamash returning everyone to their roots.

Rabbi Shmuel, an important Kollel student in the holy community of Shuvu Banim and an immigrant from Iran, testifies in a conversation with Rabbi Mordechai Meama about the miracles and wonders in the P’rakim Nevcharim reaching the Persian-Jewish communities in Iran and the world.

Rabbi Mordechai: “How did the P’rakim Nevcharim reach all the way to hostile Iran?  There are Jews there who read them every day.  We’re now speaking with one of the Jews who came from Iran, Rabbi Shmuel.  Shalom u’vracha.”

Rabbi Shmuel: “Shalom Aleichem.  Shmuel speaking from the Shuvu Banim community.  I’ve merited already for eight years to be in the community, and I want to tell you an amazing story.  A week ago, we began with three people to get stronger in the [saying] of the P’rakim Nevcharim.  Two or three years ago, they came to visit Israel…and returned to Iran.

“Poor thing, they revealed now that he has the illness [cancer].  We’re talking about a family member of mine who lives in Iran.  I said to him to print the 10 Selected Chapters, and he in fact printed 500 copies so that people would begin to say them.  We began with three people who said the chapters, and in the meantime we’ve reached 170 who say the P’rakim Nevcharim every day.”

“The P’rakim Nevcharim are reaching Persian communities all over the world.”

RS: “I heard from people that the Persians are saying this also in Germany, America – not only in Iran.  They called and said that over the years they forgot to say ‘Shema Yisrael.’  They said to me, that it began from when they saw a picture of Rav Berland.  Until then, they didn’t know anything, and they suddenly heard [about] the P’rakim Nevcharim.  They feel such light, such emunah (faith), and say that they feel their hope returned to them.  And people are really suffering, as we know the situation in the world, each person in his difficulties, and people who were suffering, the hope returned to them.  They say that they feel that the light of redemption is mamash reviving them.”

RM: “Rabbi Shmuel, you mention the great light in the P’rakim Nevcharim, and that people are drawing close [to Judaism] because of this.  Really, our Rebbe Rav Berland told me when I was in Bat Yam – he said explicitly: You can tell people all the levels in the world about the P’rakim Nevcharim, because there’s no level that it doesn’t include.  The Rav said that it cleans all the rust from the mind which sticks to a person, like you say – this makes a ‘pure heart, create for me, G-d.’

“And now you say that 170 people in Iran are reading this every day.”

RS: “More than this, people are calling from there and begging to receive more and more copies.” 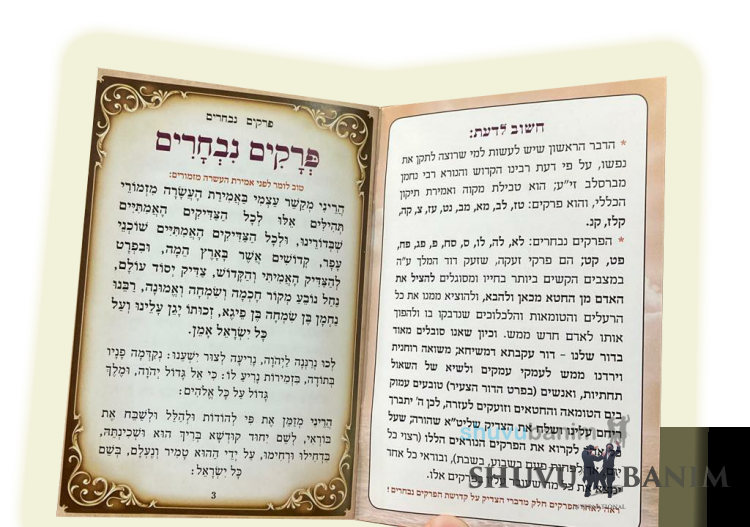 RM: “This is unbelievable!  Last year, our Rebbe Rav Berland shlit”a would give over many shiurim from Ayalon Prison.  He would say ‘Ayalon’ is the numerical value of ‘Uman’ and would talk about the Mashad and Yazd Persians, what tzadikot were the girls who had five veils, and a girl who would get married didn’t know anything.  They thought that people just pray and a son comes, and they didn’t know that someone touches them…nothing.  Everything was in such holiness, and the Rav praised so much the Persians and the grandmothers and families.

“And here, less than a year after the Rav was talking about this all the time, we hear that, baruch Hashem, in recent months the Persians are waking up.” 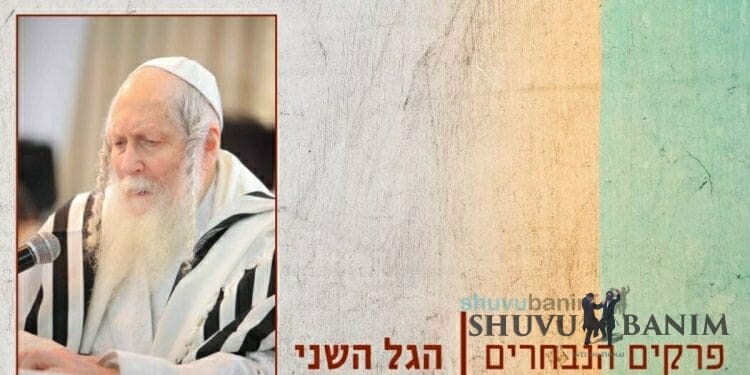 RS: “Yes, Yishtabach shemo.  I heard that from the age of 8 until 80, from child to elder they are waking up.  Those whom I’m in connection with send films of them praying and dancing.  We’re talking about the sick and people who lost faith until now.”

“Rav Elmaliach related that at one of the graves of a tzaddik they said ten times the P’rakim Nevcharim in a row, and he introduced us to Rav Shmuel, the ambassador of our Rebbe Rav Berland to Persian Jewry.  You’re the ambassador to bring all the Persians to the tzaddik.  Rav Elmaliach related that our Rebbe Rav Berland heard this and was very happy.”

RS: “Baruch Hashem, Rav Elmaliach strengthened us that bezras Hashem we will bring this to this community.  They’re waiting for this and we are strengthening them that the Rav is found in every place.  The Rav hears them, and all the members of this community are mamash happy.”

RM: “After 50,000 P’rakim Nevcharim have been distributed in the word in a very high-quality edition, bezras Hashem, another 20,000 are going to go out of the press already tomorrow.  This is going to be in two editions: one, more for the community; and the second, generally for the whole world with a message for the Jewish people…  There is a great demand, and people are calling and donating for the distribution and printing of the P’rakim Nevcharim, mamash every day.”

RS: “Also there in Iran they brought in another 200 and another 200, and they want to do another printing, and we’re talking about only in the time of a week.” 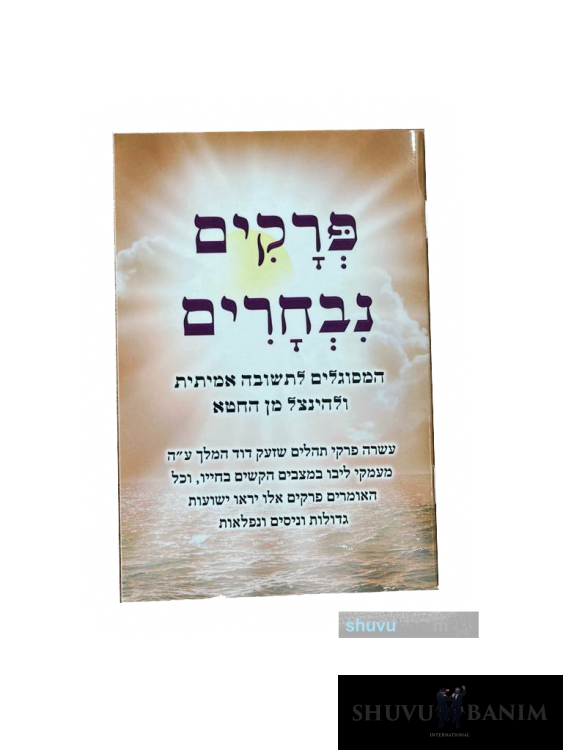 RS: “Mamash, that’s how it is.  The same day that he rose to power, they began to say the P’rakim Nevcharim.  This is a wonder of wonders.  This is the light that was revealed there to sweeten all the judgments.

RM: “Mamash, miracles and wonders.  Rabbi Shmuel strengthened all of the Jewish people now.  May it be His will that you merit to bring the entire Persian community to complete teshuva.”

Many have already come to know the amazing light of the P’rakim Nevcharim, revealed by our Rebbe Rav Eliezer Berland shlit”a and which descended to the world and combined with the light of the Tikkun haKlali with the goal of helping the souls of the Jewish people achieve their complete rectification in our present generation.

Side-by-side, line-by-line Hebrew and English translation of the P’rakim Nevcharim, the “Selected Chapters.”

The P’rakim Nevcharim for download, printing, and distribution — in color.

GIFT: The “P’rakim Nevcharim” for Download and Printing in English and Hebrew