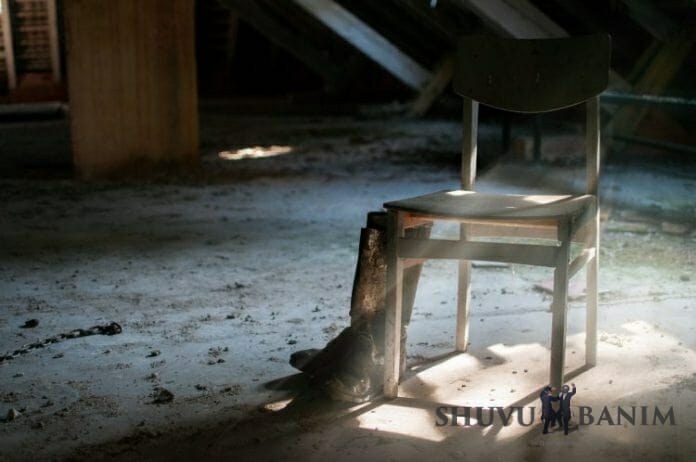 The Miracle of #33 Agrippas St

Translated and adapted from Pele Elyon, a collection of recent miracle stories about Rav Berland in Hebrew, that you can order by emailing: gabay18@gmail.com

Every Jewish person has a neshama, or soul, that is a part of Hashem Himself, but this generation’s work is to rectify the nefesh, or animal soul. In our generation, many of our biggest tests are coming from the world of the nefesh, or to describe it a little differently, the world of feelings.

Sometimes, the negative feelings pop up in such a strong, intense way, like mushrooms after a rainstorm. Things have got so crazy in our generation that the psychologists, shrinks and counsellors barely have time to breathe in between seeing their clients and there’s a booming business being done in drugs designed to help people ‘relax’ and de-stress.

For a certain family in Jerusalem, the tests they had to face in the realm of ‘feelings’ was overwhelming. Their teenage son was a completely normal young man, but he went through a very difficult experience, and subsequently found himself unable to cope with life. He was prescribed pills to help him deal with the ‘war’ that was constantly going on in his head against his negative feeling.

The pills were meant to raise the level of dopamine in his brain, but in the meantime his frustration at his situation only increased, and he started to believe that he was completely wasting his life on futility and emptiness. He didn’t understand that Hashem had sent him down here to do the work of birur, of clarifying things, even in this lowly world of confusion and doubts.

Things came to the point where the depression he was feeling at the nefesh level got so bad, he decided to end his life.

He wrote a farewell note to his parents, placed the note on his bedroom table, swallowed every single pill he could find in the house, then went out for one last walk around the streets of Jerusalem.

His parents returned home shortly afterwards, and initially felt relieved that there was finally some quiet coming from their son’s bedroom. Maybe this meant their son had finally found enough peace of mind to sleep a little. But then a nagging doubt that something wasn’t quite right popped up, and they decided to open the door to his room a crack, just to check what was going on.

They saw the letter addressed to them on the bedside table, read it – and their hearts skipped a beat. The father was the first one to recover from the terrible shock, and he immediately called the police. They told him where the youth’s phone had been traced to, and he rushed over there. According to the coordinates given to him by the police, his son should have been in Kiryat Yovel, in Jerusalem.

The two parents were joined by a couple of policemen, and they looked all over Kiryat Yovel. A little while later, they found the phone in a trash can. But they had no trace of their son.

One of the family’s relatives who was closely connected to them ran over to the house of Rabbi Eliezer Berland, shlita, and gave him a pidyon nefesh (redemption of the soul) on behalf of the troubled teen.

You’ll find him at #33 Agrippas St

The Rav blessed him that everything would pass peacefully and would be OK, and added that the youth could be found at #33 Agrippas Street, in Jerusalem. The relative immediately phoned up the parents, and gave them this new address for them to continue their search.

They drove up to Mahane Yehuda, got out, and went to the abandoned building that was located at Agrippas 33. But they didn’t find their son there, and slowly returned home.

As soon as they opened the door, they were shocked to see their son sitting on the sofa, gulping cold water from a glass. They rushed over to him and hugged him, and asked him to tell them what had happened, so they could part of his experience.

He told them how he’d swallowed all the pills in the house, and then decided that he wanted to go and look at Mahane Yehuda one more time, as this was the last day of his life. He told them how he’d gone past an old, abandoned building at Agrippas 33, and he’d decided to enter it and find some quiet corner where he could pass out, and die.

But then, an old Jew had come up to him, and started pounding him on the back, while telling him: “Throw it up! Throw it up!” And he found himself being sick, and throwing up all the pills that he’d swallowed. He’d been left with an awful, bitter taste in his mouth, so he decided to return home to get some water to take away the taste.

When the relative heard this miracle story from the parents, he ran off back to Rav Berland’s house in order to thank him for the miracle. When he got there, before he’d even gone into the Rav or said a word, he overheard one of the guards telling someone that the Rav had been acting a little strangely the last couple of hours.

The Rav had been deeply immersed in his learning, when he suddenly stood up and went over to his bookcase, and started yelling at the top of his voice:

(Some identifying details in this story were changed, to protect the anonymity of the family).