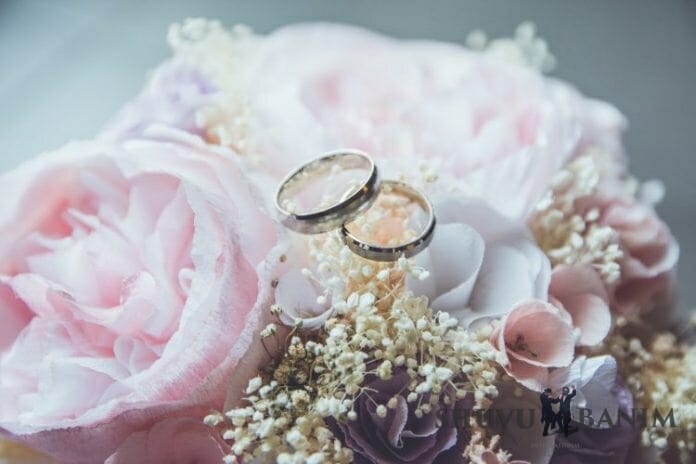 Efraim grew up in North America, in a typical reform Jewish home. Around the age of 30, Efraim’s work as a holistic health therapist lead him to start exploring more about his Jewish roots, and as his journey progressed, he became part of the local Chabad community.

A few years’ ago, Efraim moved to Israel, and increasingly became attracted to a more Breslov way of life.

He decided to go to Uman for Rosh Hashana – and that was his first ‘accidental’ meeting with Rav Eliezer Berland. One of the Rav’s Ukrainian bodyguards in Uman was clearing a path for the Rav to approach the Tziyon of Rebbe Nachman of Breslov, and Efraim kind of got ‘bodychecked’ out of the way, while the Rav walked past.

The Rav stared straight into Efraim’s face as he passed – and as he later described it, straight into his soul – and so Ephraim’s fascination with Rav Berland began.

In the meantime, all the controversy around the Rav started up

Efraim found himself increasingly torn between what his peers were saying about the Rav, and what Efraim himself felt to be true. So he continued to keep his distance from Rav Berland, and carried on with his two main preoccupations, namely trying to build his business, and trying to find a wife.

Over the years, Efraim had gone on literally hundreds and hundreds of shidduchim. In his commitment to find a wife, he agreed to date anyone suggested to him, on the off chance that something might ‘click’ and he’d find the right person.

But no-one clicked, and the years continued to pass.

Around two years ago, after learning more and more about Rav Berland, attending the prayer services at the ‘Beit HaRav’ underneath the Rav’s building in Musrara, and spending more time with the Shuvu Banim community Efraim decided to ‘come out’ publically as a follower of the Rav.

The reaction on social media was predictably awful, and what made the experience even more painful was that some of Efraim’s closest friends were leading the attack.

To his credit, Efraim continued to publically support the Rav, while in private, he started to draw closer and closer to the Tzaddik HaDor, and to ask for more advice on how to kick-start his shidduch process.

At one point, Efraim left Israel to return to the States for a short period of time, because he’d been offered some interesting shidduchim there.

None of the shidduchim worked out, and Efraim, now 47, decided to return to Israel, and to return to the Rav. From that point on, every time Rav Berland saw Efraim, or Efraim asked him a question, he’d say in what seemed like a half-joking manner:

“You should go to Miami.”

Initially Efraim didn’t take the Rav’s instructions too seriously, but when Rosh Hashana 5779 rolled around, and Efraim gave Rav Berland a pidyon before the New Year began, Rav Berland told him very seriously: “You should go to Miami.”

So while he took the Rav’s words much more seriously now, he still couldn’t see how to really fulfill them. On Succot 5779, Efraim came to ask the Rav another question, and this time the Rav just said to him:

“Why are you still here? You should be in Miami.”

In a gigantic leap of faith and with the encouragement of his friends, Efraim packed his life up, and flew across the Atlantic, to Miami. He had no idea who or what was meant to be there, but he decided to proceed with emunat tzaddikim, the simple belief in the words of our Sages. Before leaving, Efraim arranged a pidyon nefesh with Rav Berland. Efraim had already experienced the power of pidyon nefesh which opens up whatever spiritual barriers are blocking a person from reaching a spiritual salvation, whether it’s with health, parnasa, shalom bayis, or shidduchim. He trusted that he will see miracles, though he didn’t know exactly how it would all play out.

Three years’ ago, Efraim had met Miriam as part of a potential business deal.

Miriam was also a therapist, and there seemed to be some overlap in their business interests. The business idea eventually fell by the way side, but two years after that initial introduction, Efraim and Miriam were set up on a formal shidduch.

This was one of the shidduchim that had occurred while Ephraim had taken a time-out in America, before returning to Israel.

Efraim flew into Miami after Succot 5779 – and he wasn’t the only one who’d recently relocated there. Miriam had also recently moved to Miami, from Canada. After their respective moves to the same city, another shidduch was arranged – but again, it didn’t really get off the ground.

Which brings us up to the truly miraculous part of the story.

A few days’ ago, Miriam experienced an extremely long, intense dream where she was talking to Rav Berland, that she actually describes as being more like some sort of ‘vision’ than just a dream, as she was half-awake while it was happening.

In that dream, she was walking in a forest, and the Rav was leading her deep into the forest, and just reassuring her and speaking to her about many of her doubts and fears. A little way off, there was a house in the forest that was filled with voices, banging and noises.

When Miriam asked the Rav what was going on, he responded that the sounds she could hear were the souls of her and Efraim’s children, who still couldn’t come down to the world.

The Rav explained many other things to Miriam in the dream, too, which perfectly and beautifully answered all the doubts that she and Efraim had about their potential shidduch.

When Miriam awoke she immediately sent a message to Rav Berland through the Shuvu Banim International website at ravberland.com, and the answer she got from the Rav was that it’s a true dream, Efraim is her soulmate and they should get married and bring children to the world.

A little while after hearing this Miriam and Efraim agreed to meet again.

They met, Miriam told Efraim the dream, and very soon afterwards, the couple got engaged.

Three days after their engagement, the pair flew back to Israel, where they were married by the Rav in the Beit HaRav, in Musrara. Afterwards, Efraim told the wedding guests that he and Miriam weren’t sure if they should publicize what had occurred, as it was such an obviously open miracle, so they asked the Rav what to do, and he told them to publicize the story.

The Tzaddik brings marriage partners together

In Likutey Moharan 2:89, Rebbe Nachman of Breslov writes about how hearing Torah from the mouth of a Tzaddik who possesses da’at, (spiritual knowledge) enables people to find their marriage partners.

“Every shidduch is made by the true tzaddik of the  generation who is the baar daat (possessor of knowledge), because marriage partners are two opposites and sometimes they are such extreme opposites that it is impossible for them to come together. But when the tzaddik who possesses daat gives a Torah lesson, he is connecting two opposite torah ideas which is in essence making a marital match, which is why one must come to him and hear the Torah specifically from his mouth, by means of which, the shidduch is made.”

This past motzei Shabbos, before flying back to the US, the couple merited having sheva brachos with the Rav at a house in Musrara. There, the Rav delivered a shiur on the parsha about Miriam and the babies that Pharaoh was trying to prevent from being born or killing them, while Miriam was involved in just the opposite; saving the children and bringing them to the world.

The Rav, in an awesome and amazing way, hinted to everything that Miriam saw in her intricate dream just over a week ago.

This was amazing to her because she never related the details of the dream to the Rav. No one else in the room got the hint but for Miriam it was clear, the tzaddik is guiding them and will continue to guide them for the rest of their life’s journey.

Ashreinu that we have a tzaddik like this in our generation!

Prayers for Children to be Tzaddikim – #2

Kalman Wiseman - May 28, 2020 0
Sparks of Light Uncut - Some of Rav Berland's Torah for Shavuot, 5780 We're very pleased to share with you some more of Rabbi Eliezer Berland's recent shiurim, translated from the Sparks of Light Newsletter. Please...
Read more

Kalman Wiseman - May 27, 2020 0
Ruth and Orpah – there is nothing without setbacks Continuing the series of translations of Rabbi Eliezer Berland’s words from the You will succeed! book. Click HERE to buy the book in Hebrew. ==== It’s explained that when a...
Read more

Daily Chizzuk: You fell down in order to raise up others

Kalman Wiseman - May 27, 2020 0
You fell down so that you would also raise up others Continuing the series of translations of Rabbi Eliezer Berland’s words from the You will succeed! book. Click HERE to buy the book in Hebrew. ==== All the spiritual...
Read more

“Many Rabbis and Tzaddikim are standing with Rav Berland – he’s Holy of Holies”...

Kalman Wiseman - May 26, 2020 0
“Many Rabbis and Tzaddikim stand behind the gaon and tzaddik, HaRav Eliezer Berland, shlit"a" Leading Breslov Rabbi and Kabbalist Rav Yaakov Moshe Salmanovitch recently put out a strong statement about the ongoing persecution of Rabbi...
Read more

Kalman Wiseman - May 25, 2020 0
Rabbi Berland's Prayers for Children Who Are Tzaddikim Yesterday, Rabbi Eliezer Berland, shlita, contacted the English editorial team to ask them to continue translating a minimum of 10 prayers into English a week. Rabbi Berland has...
Read more

Kalman Wiseman - May 24, 2020 0
When Hashem distances Himself – this is a tikkun Continuing the series of translations of Rabbi Eliezer Berland’s words from the You will succeed! book. Click HERE to buy the book in Hebrew. ==== The Mei HaShiloach says,...
Read more