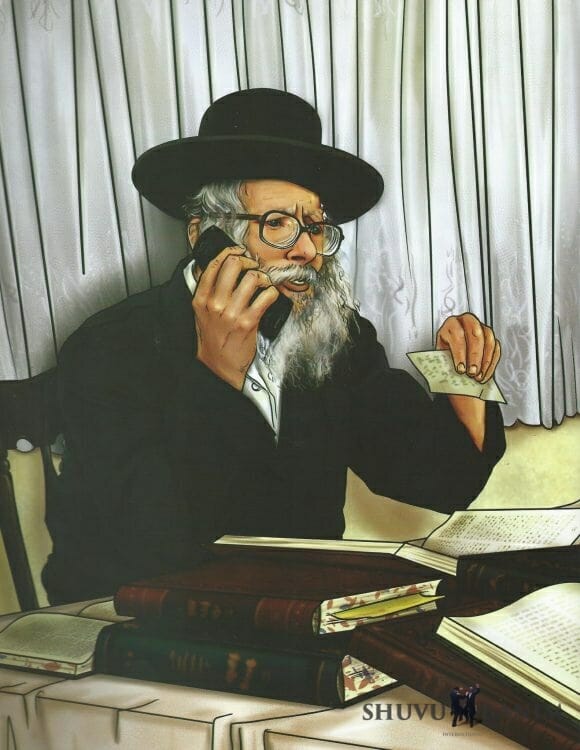 The Rav’s self sacrifice for all the nation of Israel and for every Jewish individual is a character trait of his that is huge and awesome. As all of his students know, the Rav is interested in every person’s concern, whether it is spiritual or physical.

The next story happened at night after midnight. Rav Berland called one of his loyal students and said to him, “I know about the “Ploni” family. Their situation is very bad. In the grocery store they cannot even get food credit. They don’t have anybody that they know who can help, and they don’t have any close relatives or redeemers. They are over their head in debt.”

“What does the Rav want me to do?” asked the student, ready to fulfill the orders of his Rav.

“I want you to find out for me the amount that they owe to everybody,” said the Rav.

The student was surprised. He was certain that the Rav would ask him to give support or to organize a gemach. However, why did the Rav need to know how much money the family owed to everybody?

“I will do what the Rav says,” answered the student. “Do it quickly,” requested the Rav.

The student did not wait. He made a few phone calls and soon he found out the miserable situation of the family. They owed a large amount of money to everybody.

A few minutes after he finished talking, the phone rang again. It was the Rav. “Nu? How much money?” asked the Rav.

The student was shaking at such a high amount, but he told the Rav the amount. The Rav said, “I request that you come to me right away! I want to give you money immediately to cover the whole amount.”

And indeed this is what happened. A short time afterwards, the student was already standing in the Rav’s room and received a big envelope that the Rav pulled from between the pile of books. It was a large amount of money. The same amount that the family owed.

And the Rav rushed him, “Don’t delay! Go to them right away and give them the money. Quickly! Quickly!”…

Because this was the Rav’s way. To make chesed completely, and not to delay or to get lazy. Not to delay one minute, when it is something that will be good for an individual.

The Ravs Concern for Prisoners in Jail

The Rav Continued Learning Despite Gunfire