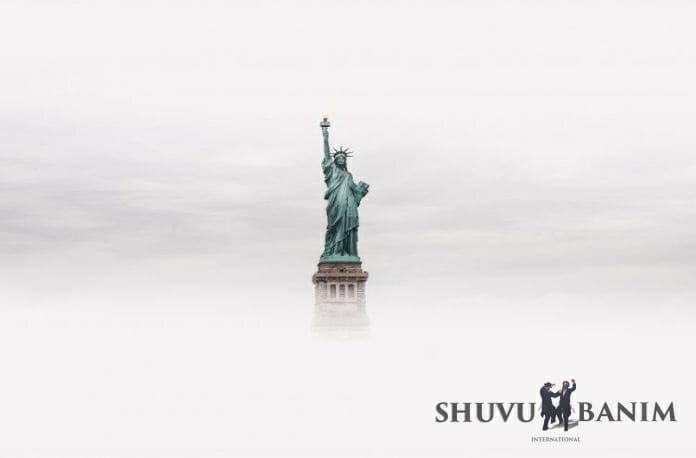 Last week after the US illegally blew up Iranian General Soleimani in Iraq, Donald Trump warned that if Iran dared to retaliate for having their General killed in cold blood, the US would destroy 52 targets.

That number was deliberately picked to reflect the 52 American hostages that were held in Iran when Ayatollah Khomeini swept to power in 1979, deposing the corrupt puppet leader, the Shah.

I went to look at Rav Glazerson’s video about it, and strangely when I was watching that video had 520 views, and 52 likes…. Clearly, the number 52 was figuring largely. So, all week I was pondering on it, and what it all means.

(If you’re a regular reader, you can probably already guess what happened next….)

In my book Unlocking the Secret of the Erev Rav I have a whole section on how that story is connected to the Erev Rav, and how it’s timing means it’s all occurring shortly before Moshiach comes, which will be the story of the Seventh Beggar.

So anyway, the story is talking about how the Beggar Who Had No Hands had 4 powers, and how these four powers paralleled a number of other things, including the 4 expansions of Hashem’s ineffable name, the YKVK.

When the Tetragrammaton is expanded out, you get:

I saw that last one, and the lightbulb went off that I was getting a clue, here.

Those four things in turn parallel the four elements of fire, air, water and earth, that I’ve been writing so much about as part of the People Smarts stuff I’ve been working on, and also parallels the four levels of creation, like this:

Stick with me, here’s where it starts to get very interesting.

In the notes by the late Rabbi Aryeh Kaplan, it says:

Let’s try to put this into our language, to see if we can unpick it a little.

52 equates to BaN, one of the names of Hashem, that is also linked to the element of DUST, and to INERT MATTER, and this lowly world, the world of Asiyah.

BaN represents the side of evil, which was created when the original spiritual ‘vessels’ that Hashem created the world with shattered because of too much light. That resulted in 288 sparks of holiness becoming lost throughout creation and captured by the side of evil.

When the last of these 288 sparks of holiness is rectified and raised back up to their rightful spiritual place by the Jewish people, we’ll get geula and Moshiach.

Now, Rabbi Aryeh Kaplan equates the side of evil to the “Kings of Edom”.

Hashem’s attribute of Strict Justice also equates to BaN – 52, and that’s how God wanted to create the world, initially. But the world couldn’t continue like that, so Hashem added in MaH – which equates to WATER, mercy.

“God then added the attribute of Mercy, which is the expansion of MaH, and created the world from both. There, the world is created from MaH and BaN, that is, from water and dust. Man was also created from dust and water, and this is why man has free will.

“It is written, “the spirit of God hovered over the face of the water (Genesis 1:2). The midrash states that this is the “spirit of the Messiah”. The Messiah works through the primeval water that came from the hidden saying, and thus will rectify and cleanse the world.”

What I take from this is that Trump’s announcement of 52 targets was the manifestation of some very harsh judgement in the world, spearheaded from the ‘side of evil’, aka the Kings of Edom.

But the spirit of Moshiach – represented by MaH, MERCY, WATER – somehow managed to sweeten it all.

I think we had the massive floods in Israel this last week as a ‘sweetening’ of the judgments.

One more quote from Rabbi Kaplan:

“Water… cleanses all impurities. It is for this reason that before entering the Temple or any other holy place, one must immerse in water…. All Israel similarly entered the covenant of the Torah through immersion.”

Let’s stop there, but it certainly seems that the forces of evil were gearing up for something big again last week, and Hashem’s attribute of MERCY – with some help from Moshiach – seems to have sweetened it.

Long may it continue.

A very insightful reader got in touch to bring the following prayer by Rabbi Berland to my attention. I’m bringing it below, to make it easy to put the pieces together, but you can see the original HERE.

It’s totally, mind-blowingly awesome how all this stuff is fitting together…. And for anyone who has eyes to really see, the clues are becoming more and more obvious. Not least, why so many of us are struggling so much with parnassa at the moment, and why the ‘abundance’ in the world is apparently being curtailed.

Lots to think about! Feel free to add your thoughts in the comments.

I just found out there are 5,200 US troops in Iraq that the US is refusing to remove, even though the Iraqi parliament voted on it, and asked them to leave. Gotta love that ‘respecting democracy in action’ vibe!

“Some 5,200 U.S. soldiers are stationed across Iraqi bases to support local troops preventing a resurgence of ISIS.”

Rabbi Berland’s Prayer To Get Out of Debt

And by this shall I merit to get out of all my debt and shall I merit an abundance of food and drink and clothing by means of me meriting the ten attributes of MAH (Mem Heh), which is abundance in gematria = 450.

Please, Hashem, take the Samech Mem out of me as it is cloaking my eyes, since an eye in gematria is Samech Mem Ayin + 1= Samech Mem = 131.

130 in the gematria of Ayin

And by unifying the name of BAN (Bet Nun), Yud Keh Vav Keh = 52 with the name of the new MAH (Mem Heh) will we leave this awful breakage that has lasted already for five-thousand seven hundred and 79 years and then shall we merit to get out of all the debts that we are all buried in and by this shall I merit teshuva coming from love and to always have my travails intertwined with the travails of the Shechina.

And by this merit a double portion of livelihood as is it is written, “And there was enough of my treasure and money for you,” for all who involve Shem Shamayim with their travails, their livelihood is doubled and it flies forth like a bird.

PLEASE, ALL MERCIFUL AND COMPASSIONATE ONE, WHO IS OMNISCIENT, QUICKLY TAKE ME OUT OF ALL OF MY TERRIBLE DEBT THAT I AM SUNK IN AND HAVE ME MERIT TO PAY THEM OFF TO THE END.

And with this shall I merit to have the privilege of having the influence for providing a livelihood for all of Am Yisrael and may it be established for me the verse of which it is written by Yosef Hatzadik, “He is the provider for all peoples of the land.”

You can read more of Rivka’s musing over on her blog, at: https://rivkalevy.com/