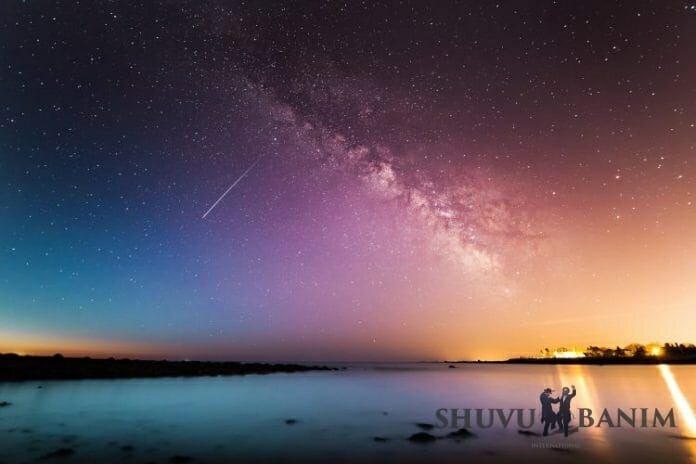 The stars will sing for two years before the end

Excerpt of a shiur that Rav Eliezer Berland gave after the shacharit prayers, on Shabbat Chukat, 5778, based on the book of Iyov (Job).

Here, this is the first time in the Torah that the word hitool, (mockery, ridicule) is written, and we are not reminded about this in any other place in the Torah, that the ridicule of Hashem is arafel (fog, mist, haze)….

Hashem limited the spread of the oceans

When we get up in the morning, and we see the new dawn, we see that the sunrise knows its place; “the four corners of the world are grabbed, and the wicked ones are shaken from it”.

At the end, Hashem is going to shake off all the rashaim (evildoers). He’s going to turn everything over, and prevent the evildoers from seeing the daylight, and the deceitful limbs [He will] break.

The gates of death, at the bottom of the ocean

“You brought them until the obscure sea.”

Have you seen the fish in the sea? “Enquire of the t’hom (depths) to move about, and to disclose the shaarei mavet (the gates of death).” There [at the bottom of the ocean] are the gates where the Angel of Death walks around, and the Tzaddik rules over these gates.

“And you will see the gates of pitch-darkness”.

The secret of the sun’s light

Now, how is the sun rising and shining? Every day, through a different window, who is causing it to rise in the East? The Tzaddik….If you know the secret of where the sun’s light derives from, then you’ll live for eternity.

The greatest secret of all

Why was Korach called ‘Korach’? Because he was kerach (ice-cold)….Now, here, we have the greatest secret of all. “Connect the epochs of Kimah[2]”. Kimah is 100 stars. When we see a star, it’s really 100 stars. How can you connect all these stars together? Only the Tzaddik [can do this].

“Or open the measures of Kesil.”

Can you take Kesil, and place it [where you want], and drag it to do what you want it to do?

The Tzaddik can do this.

[2] The Rav was referring to many of the concepts found in both the book of Iyov (Job) and in the Gemara, in his remarks on the constellations and stars.

For example, “‘Ash” or “‘Ayish” is mentioned twice in Job, and has been identified with the Great Bear. The Gemara in Brachot 58b says: “But for the heat of Kesil, the world could not endure, on account of the excessive cold of Kimah, and vice versa.”

Elsewhere, the Gemara explains how the stars Kimah and Kesil are directly related to the mabbul, which came about when God took two stars from one constellation and moved them to another, leading to Noah’s flood.