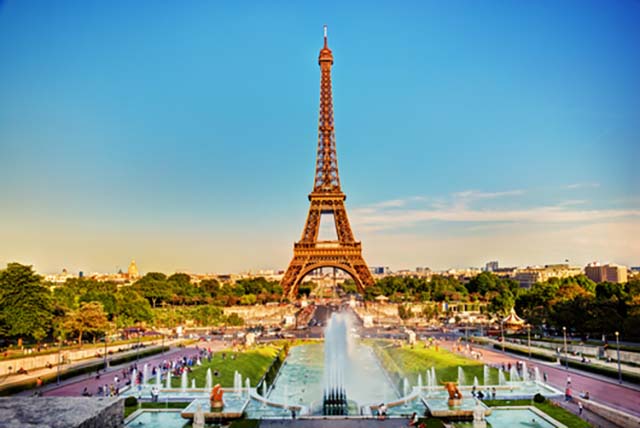 Another miraculous story also recently occurred in France, where Mrs Michal H was staying with her 12 year son. Whilst there, the boy suddenly developed breathing difficulties, so he went to doctors and they discovered that he had an 8cm growth in his lungs that was very close to his heart. He also had a second growth in his neck, and the doctors discovered that he had a type of cancer called Hodgkins Lymphoma, that had already spread throughout most of the upper part of his body.

They immediately started chemotherapy, but the boy’s situation continued to deteriorate.

The mother called the gabai of Rav Berland and asked to pass her son’s name on to the Rav shlit”a, for a bracha, prayer and advice. R Natan came back to her a little later on, and said that the Rav had advised her to do a pidyon nefesh for her son.

From the Rav’s words, the mother immediately understood that her son’s situation was very serious. At the same time, money was so tight that the woman was struggling even to find money to buy basic things like food.

By natural means, there was no way that the woman could find the money she needed to make the pidyon nefesh, but she didn’t let that stop her. The woman decided to do it anyway, come what may, because she was certain that the Rav already knew about her financial situation, and that she’d get the miracles she needed to pull it off.

She called the gabai again, and requested a bracha from the rav that she would be able to actually make the pidyon. The rav told her: “There will be miracles and miracles.” And in truth, this is what happened.

Shortly after this, the woman’s niece called her up and said that she was very worried about the boy, and she didn’t know what to do for him. Mrs MH replied that there was nothing to do. She told her niece: “Rav Eliezer Berland promised me that if I make a pidyon for him, we’ll see miracles. But I don’t have the ability to make a pidyon, but he said there will be miracles and miracles, so I’m not worrying.”

The niece said that she would get all the family involved in helping to put together the amount needed for the pidyon. She called around everyone in the family, and collected all the money required.

While this was happening, another miracle took place: the woman’s former workplace contacted her and told her that they were prepared to pay her the money that they owed her, money that she never dreamed that she would ever see in her life. The amount they paid across was almost equal to the amount of the pidyon nefesh.

Her family didn’t want to take the money they’d collected for her son back, so she gave the pidyon. The Rav then advised her to travel to Paris, to the hospital that her son was in. She travelled to Paris via Uman, and she gave out the Knishta Chada newsletter and spoke to people about the Rav, every single place she went.

When she got to Paris, the woman was put up by one of the community’s more eminent families, who had a house for guests who were visiting the city. She stayed in Paris for a number of weeks, and every day she went to visit her son, who was still in a very grave condition. He could now only speak with great difficulty, and he certainly couldn’t get up, or walk around, due to the fact that the disease had spread throughout his body.

Slowly slowly, the mother strengthened her son, and encouraged him to get up, and to take a few steps, and to walk a little outside. She saw some small improvements, but overall his condition remained very serious.

In the meantime, the woman had grown quite close to the family that was hosting her, and when she told them that Rav Berland had told her to come, and that all the improvement in the boy’s situation was only in the merit of the Rav’s blessing, and the merit of the pidyon, they were astounded, because they’d only heard about the Rav from the impure media, Hashem should have mercy.

But when she told them a little about who the Rav really was, and showed them the Knishta Chada newsletter, then the whole picture changed and they were really embarrassed that they’d accepted all the lashon hara about the Rav from the street.

They told her: “You need to go around all of France, speaking to people about who this Tzaddik really is, because even people who don’t want to hear the trash spoken by the media still get influenced by it, even against their will. Your mission should be to publicise who the tzaddik Rav Eliezer Berland really is to the people of France.”

But the woman had already given away most of the copies of the newsletter, and many of the people there didn’t understand the Hebrew in any case, and wanted her to bring more stories about the Rav that had been translated into French.

She returned to Israel and after a few days she arranged a telephone call between her son and Rav Berland, shlit”a. The Rav strengthened the boy a lot. That same morning after he’d spoken with the Rav, there was a turnaround in the boy’s situation.

He told his mother: “Ima, today I davened shacharit.” She was in shock, because it wasn’t so long ago that he didn’t even have the strength to say ‘modeh ani’. After a few days she spoke with her son again, and asked him if he’d managed to daven shacharit that morning, as well. He replied: ‘I daven shacharit every morning!’ He’d simply forgotten that he was ill, and he started to behave as though he was a healthy, normal boy. The Rav had said that there would be miracles upon miracles, and a little while later, so it was.

When the doctors ran their tests on the boy, they were astonished to see that most of his illness, almost 95% had gone. The illness had already spread throughout the upper and lower parts of his body, and also into the bones, and the doctors didn’t hold out much hope for him.

But now, they saw that everything had disappeared, and that there was nothing there.

In the meantime, when all the family members and friends who’d been praying for the boy’s recovery heard that the illness had disappeared in the merit of the Tzaddik Rav Berland, they also came close to the Rav. This made a very, very big Kiddush Hashem.

Today, the woman is continuing to tell her miraculous story every place that she goes. Women are constantly stopping her on the street to ask her: “Why are you so happy?” and then she tells them the story, and then they also become strengthened and call the miracle hotline to receive their own miracles from the Tzaddik.