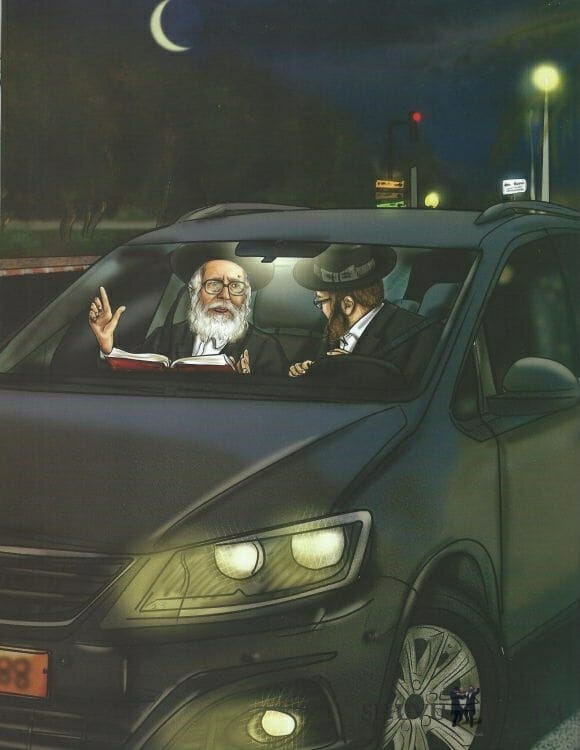 This next story testifies like 1000 witnesses about the Rav running away from pride and honor. It happened in the year 5772, after a giant gathering at a stadium in the center of Israel.

The Rav spoke for hours words of Torah and mussar. He spoke about respect. His words seeped deep inside the hearts of the people. Then tears started to flow from his eyes. The Rav was crying about the national situation. He was concerned that hundreds and thousands of people would get killed in a bloody civil war. His throat became hoarse when he described the dangers of technology. Exposure to technology was causing many people from Am Yisrael to be spiritually injured.

To end the rally, the Rav raised his voice and called out the ten psalms of the Tikkun Haklali in order to sweeten the judgments and decrees that were against the nation of Israel.

This earth shaking event ended with the people accepting the yoke of the Kingdom of Heaven. Sensitive ones felt that the heavens opened because of these prayers.

The Rav gave his blessing to all of the people who came. Afterwards he got into his car together with some of his followers. The driver began to drive to the Rav’s house.

Suddenly the Rav turned to the driver and told him, “Do not drive home. Please drive first to the grave of the avot in Chevron…” “To Chevron?” asked the driver, “Why?” “I will explain to you,” said the Rav. His throat again got hoarse. “Just now I was talking about things and leading prayers in front of many people. Those are people from our nation of Israel. And everybody raised their voices in prayer and yelling from their heart when they heard my voice. Therefore I am afraid that maybe I am going to have in my heart a slight feeling of pride, heaven forbid…”

The driver thought, ’How does this story relate to the Mearat Hamachpelah?’ As if the Rav was reading the driver’s thoughts, he explained, “That’s why I want to travel to Mearat Hamachpela. In order to remind myself that all of us are the sons of Abraham, Isaac and Jacob, and nobody is able to hold himself as more important than his friend.

So indeed, after a visit and prayers at Mearat Hamachpela, the Rav and his followers went back to his house.