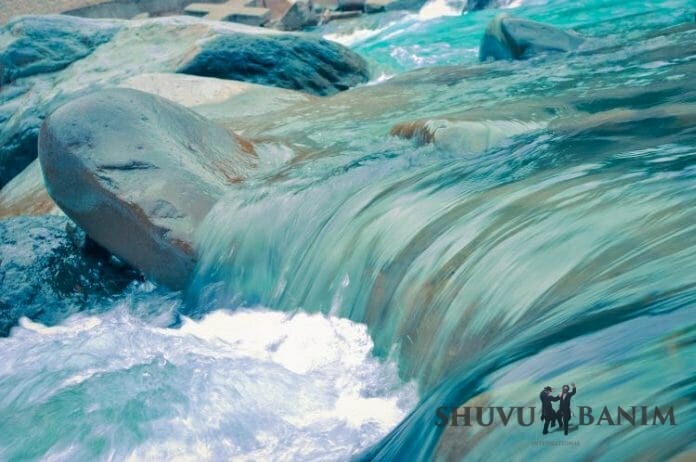 People who disgrace the Tzaddik have no tikkun

Excerpted and translated from a shiur given by Rav Eliezer Berland, shlita, Wednesday night in Beitar

Today is Netzach She’be’Netzach. It says in Yalkut Shim’oni (Perek 9),”That it might take hold of the ends of the earth, and the wicked will be shaken out of it” (I’yov 38:13).

Once there was a big Tzadik, they saw him running on Rosh Hashanah after Tashlich, he went a hundred meters and then he returned to the river. They asked him, “Why are you going back to the river?” He answered, “”Because the river cleanses from all the stains ” (Chayei Mo’Haran 333).

The whole spiritual work of a person is to go back to the river .

The sins will become white

[The Rav then spoke at length about the death of King David’s general, Avner, and how tzaddikim like Avner live on forever, before continuing:]

The redemption will come from Gilad

… the redemption will come from Yavesh Gil’ad , as it says, ” Gil’ad is mine, Menasheh is mine; Efraim is the defence of my head; Yehudah is my sceptre” (Tehilim 108:9).

The flood purifies from sin

Because when did they finish building the Beit Hamikdash? In Chodesh Bul – Mabul – the month of Cheshvan. Just before , a mabul came down, such a flood hasn’t been already a whole year, and whoever stood outside in the storm – all his sins were forgiven, you only need that the flood should touch the neck, the forehead, the face , this is like a Parah Adumah [that purifies a person from his impurity].

If a person became tamei [impure] and he needs that they sprinkle on him the ash of the Para Adumah, then the Parah Adumah must touch, even just one drop, one drop! They take a huge barrel of pure water, and pour ash on it, they stand on the top of the roof and below pass 100,000 people, 86,400 people pass, two people per second, eighty-six thousand four hundred, each one gets one drop and is purified.

[Before King David died, he gave over certain instructions to his son Shlomo about what to do with certain people who had helped him, or otherwise.]

Therefore, “Ve’livnei Barzilai Ha’Giladi ta’aseh chesed ve’hayu be’ochlei shulchanecha” “But show kindness to the sons of Barzillai the Gileadite, and let them be of those that eat at your table; (because they drew near to me when I fled from Avshalom your brother)”.

Shim’i said, “David is a murderer, a Moavite, an adulterer.”

David said about him,  “On the day that I went to Machanayim he came down towards me to the Yarden” (Melachim-1 2:8), he stoned me with stones and dust. And after, when David ruled as king then Shim’i ben Ge’rah came to ask forgiveness from David,

but someone who disgraces the Tzadik has no forgiveness!

He can ask for forgiveness million times, but it won’t help.

People who disgrace the Tzaddik have no tikkun

And regarding Yo’av ben Tzeruya who killed Avner, and regarding Amasa ben Yeser, David said to Shomo that he should kill him, and after David was niftar, Shlomo killed him and Shim’i, but it wasn’t good that Shlomo killed Yo’av straight away, because by Yo’av he was supposed to wait until he was 120 years old (Medrash Me’am Lo’ez).

A person has to wait 120 years [until he dies]. But regarding Shim’i ben Gerah he told Shlomo not to wait, he told him, “And you should know what you’re supposed to do with him, and you should bring him down to the grave with blood” (Melachim-1 2:9), because he’ll never go out of Gehenom, he doesn’t have any tikkun.

What does it say by Yo’av? “Don’t let him enter She’ol, just – you should kill him, and this will be his tikun, you should stand in the entrance of Gehenom and don’t let him into there, don’t give him a visa into Gehenom.

Someone who comes to the Tzadik won’t be able to receive a visa to Gehinom, he will never receive a visa, the Tzadik nullifies the judgment of Gehenom, like by David that he said “My son Avshalom ” (Shmu’el-2 19:1).

The minute a person travels every year to Uman, then he has to finish all his 120 years in this world [and not to be niftar before that], he can’t get a visa before 120, there are no visas to go out of this world, even if you want one, you can’t get one.

David told him [Shlomo], “Don’t let him enter hell, (instead, kill him and through that he won’t go to Gehenom, because his is sins were already atoned for), don’t give him a visa, we don’t give visas to Gehenom”.

Someone who is connected to Rabbeinu, to the Tzadik, he won’t receive a visa.

Therefore there is a big difference between what he said by Yo’av, “Don’t let him go into Gehenom, rather to fix everything in this world”, whilst by Shim’i ben Gera that argued against the Tzadik, he said, “Ve’horadtem et seivato be’dam she’ola” (Melachim-1 2:9), “You should give him even a hundred visas to Gehenom, that every day he should go in again from afresh”.