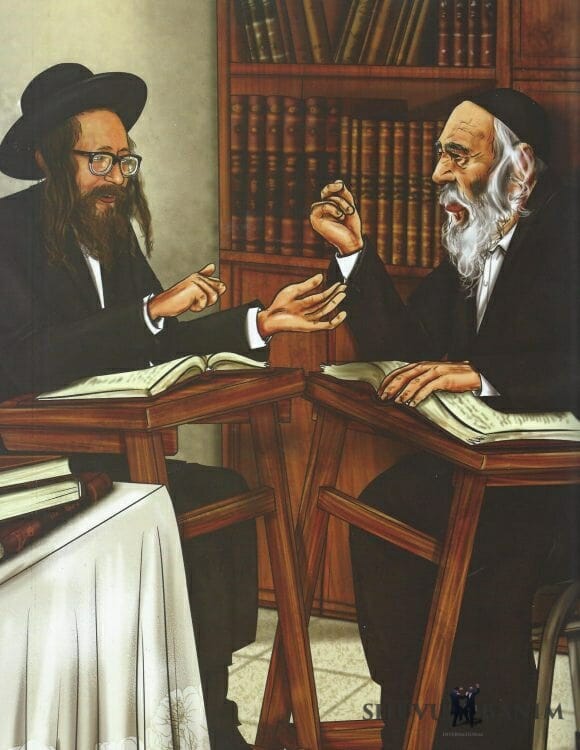 In his youth, the Rav belonged to the Volozhin kollel yeshiva in B’nei Brak. Already at that time his name was well known as a prodigy and as a special person. Many people requested to study together with him one-on-one b’chavrusa.

One of the greatest rabbis that chose to study together with the Rav b’chavrusa was hagaon hakadosh Rabbi Yakov Yisrael Kanievsky, the Steipler Gaon, ztzl. The Steipler saw with ruach hakodesh that an ilan hagadol, a tall tree, would sprout from the Rav. Because of this he showed the Rav closeness and care.

After a long time studying in the yeshiva Volozhin, there was bad news at the Rav’s house. Nachman, the Rav’s baby son, just 6 months old, was sick with meningitis. There was a real risk to his life. All the people in the house ran from doctor to doctor, to specialists, and were searching for healing for their son. The Rav talked to his Rebbetzin. He told her, “It is because of the sin of not studying enough Torah that a person’s son dies (Kiddushin 63). I am afraid that I have in my hand the sin of bitul Torah. Therefore I want to learn Torah without stopping for even one little moment.”

This was not a simple request. The doctor warned the parents not to leave their son to cry for one single moment because even a little bit of crying was a life risk for him. However, the Rebbetzin, may she live a long life, took onto herself responsibility for the Rav’s learning of Torah by taking onto herself complete responsibility for the loyal care of the child for the next 6 months, without leaving him for even a moment.

In that time the Rav was in the beit midrash all day long, studying the holy Torah, and he only returned home just before Shabbat Kodesh.

When the Rav saw that his son was still in danger, he decided to try one more thing. He sacrificed the apartment that he received from his father-in-law as a wedding gift, giving the entire amount away in tzedakah. The day he sold his apartment, the Rav took the money to two chassidic Breslov rabbis. The first half he gave to Rabbi Levi Yitzchak Bender, ztzl. The second half he gave to Rabbi Shmuel Shapira, ztzl.