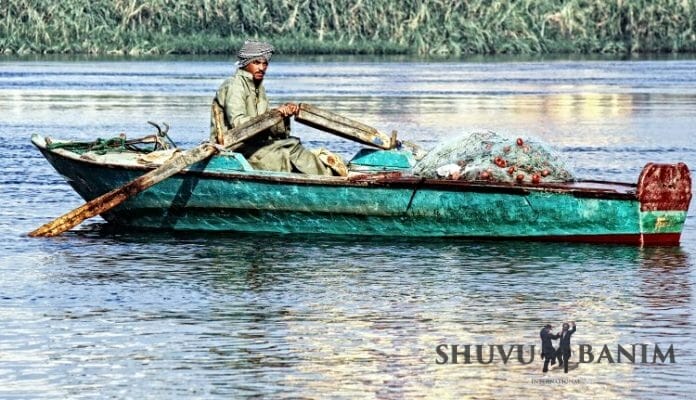 Hashem will send you to conquer Egypt!

Translated excerpt of a shiur given by Rav Eliezer Berland, shlita, on May 29th, 2018, to the ‘Meginei Aretz’ Yeshiva

It’s written [in the curses that Hashem set against Israel, in Parshat Ki Tavo] “Hashem will return you to Egypt in ships”, so return to Egypt! [The explanation of this is] Conquer Egypt! Now, they will go to conquer Egypt, and there will be problems. There will be international outrage.

They made bridges over the Suez, [and that’s how they got over to Egypt]. Only one tank overturned and fell [into the water], a tank of 10 people – of yeshiva students.

The first thing, is that Hashem promised, “Hashem will return you to Egypt in ships”. The Zohar says that the sea will open, and the whole world will come. Now, they already announced that there is going to be a war.

We’re going to distribute ‘helmets’ to everyone, so to speak, which can stave off a nuke. They told us that the atom is going to arrive within three days, they already announced three days, so we’ll be affected by it within two days.

You should be prepared.