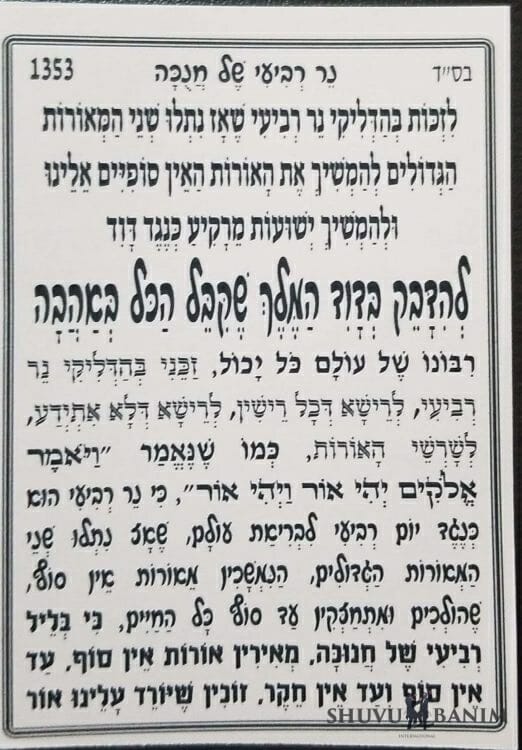 #1353 Prayer For The Fourth Night Of Chanuka

Master of the world who can do anything, may I merit on the lighting of the fourth candle, to the head of all heads, to the head that is unknown, to the root of the lights.

Like it says, “and Hashem said let there be light and there was light”.

Because the fourth candle represents the fourth day of the creation of the world, when the two great lights were fixed in place, which were drawn from the light of Ein Sof, and which go and become stronger until the end of all life.

Because on the fourth night of Hanukah, the lights of Ein Sof shine, which have no end and which are beyond investigation, may we merit that there comes down on us the light of Ein Sof which reaches beyond purpose.

Therefore, there is a heaven which represents King David peace be upon him, where it’s possible to make all the salvations in the world, including the revival of the dead. 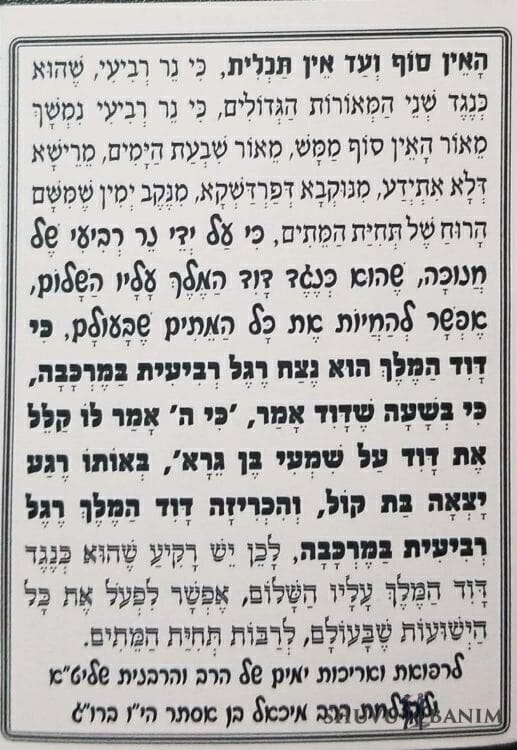