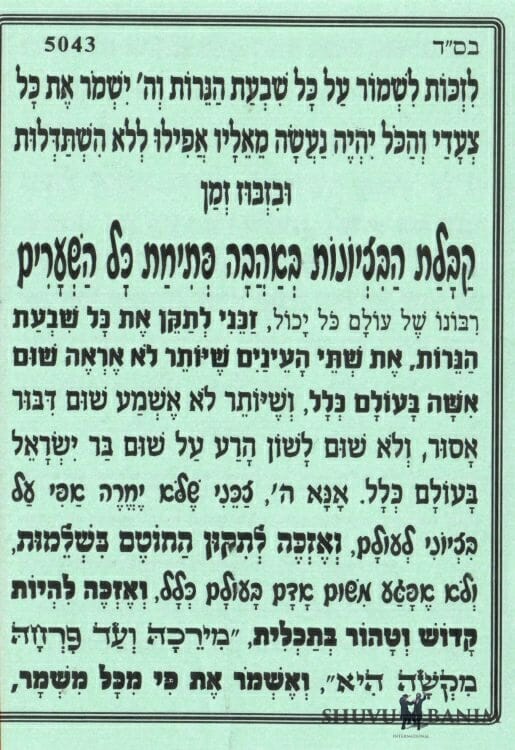 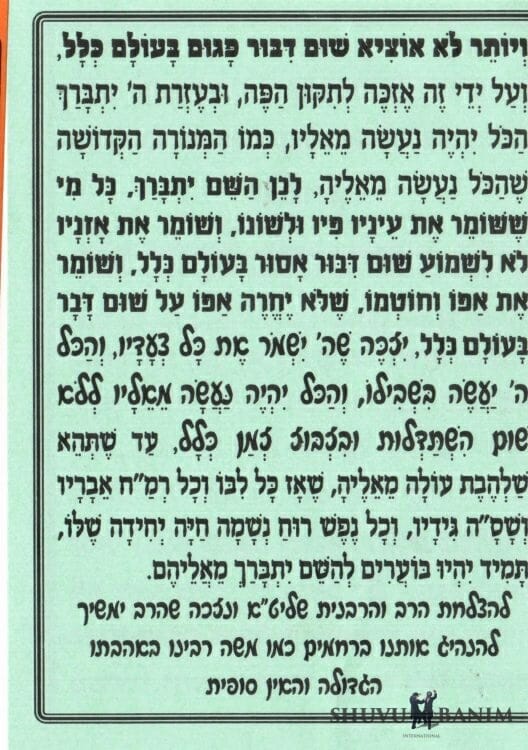 Answer, Hashem, give me the merit that my anger shouldn’t ever again flare because of my being humiliated, and I should merit to rectify the seal totally.

And that I shouldn’t feel hurt by any person in the whole world, and that I should merit to be totally holy, pure: “from its base to its flower it is hammered out.”

And I should guard my mouth from everything that needs to be guarded against.

And that no blemish speech should ever again come out of my mouth. And through this, may I merit the rectification of the mouth.

And with Hashem Yitbarach’s help, everything should happen automatically, like the holy menorah which was all formed by itself.

Therefore, Hashem Yitbarach, everyone who guards his eyes, mouth and speech, and who guards his ears to not hear any forbidden speech in the world, at all, and guards his nose and his nostrils, that he shouldn’t get angry about anything in the world at all – may he merit that Hashem should guard his every step.

And that Hashem should do everything for him, and everything will be ‘formed by itself’, without any effort or waste of time at all.

Until the flame rises by itself, and then all of his heart and all 248 of his limbs and 365 of his sinews, and all of his nefesh, ruach, neshama, chaya and yechida will always be burning for Hashem Yitbarach, by themselves.