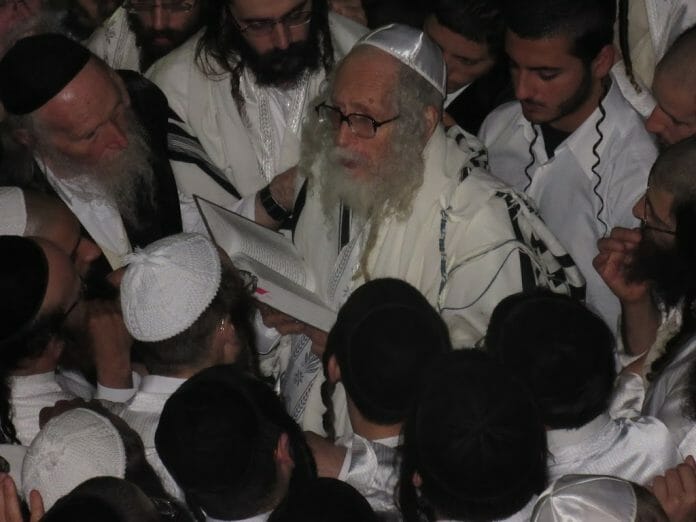 Written by a student of Rabbi BerlandAmazing story. Someone I’m close with has major heart problems. This person had an angiogram with stents put in and major blockages. At the last appointment the Doctor was very, very, concerned and since his appointment was today the wife of this fellow, asked me to speak with Rav Berland. I got a blessing for him that it should go well. When I spoke with the Rav he said to me, tell him not to worry at all I will be with him!! We didn’t know what that meant and since this guy is not a student of the Rav and doesn’t know of the Rav besides for hearing the lies that are spread about him, so he didn’t think much of it. When the day of the procedure arrived, they opened him up and found that recently the blockages completely reversed themselves and the Doctor was in complete shock and said it was a major miracle. This is completely unheard of as the problem was getting worse and usually more stents have to be put in or other procedures have to take place. The wife said to me that it was no doubt the bracha of the tzaddik because every other time they went it was just getting worse. And it’s no coincidence that this time when they asked for a bracha and the Rav said not to worry everything got turned around!! They saw a complete and open miracle!!!! Even the Doctor said this is not the normal way for such blockages to clear up and especially in his condition!! Baruch Hashem that we have a tzaddik in the world!! 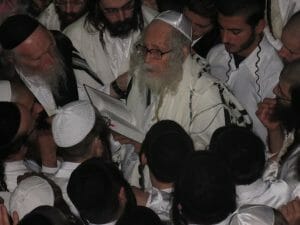 David Simcha - January 10, 2022 0
“A short time before they arrested the Rav, the Rav said several times, that G-d forbid, he is going to sit in jail 12 years.  They were many who heard this.” Awesome testimony about the...
Read more

“Only Through Nullification to the Tzaddik is it Possible to Enter the Land of...

David Simcha - January 9, 2022 0
Shiur of our Rebbe Rav Eliezer Berland shlit”a – 3 Shevet 5782 “’Then who and who are going?’  Because Pharaoh was an astrologer, the cleverest person in the world.  He saw from one end of...
Read more

David Simcha - January 9, 2022 0
Shiur from after the Maariv prayer of our Rebbe Rav Eliezer Berland shlit”a – the evening of 18 Tevet. “Then tomorrow at 4:30 in the morning, open the shoemaking shops.  Everyone will begin to...
Read more

David Simcha - January 6, 2022 0
Well-known outreach rabbi Rav Yisrael Sharet shlit”a, who came to the occasion of the release of the Rav, with fiery words about the greatness of our Rebbe, the Tzaddik Rav Eliezer Berland shlit”a. The interviewer...
Read more