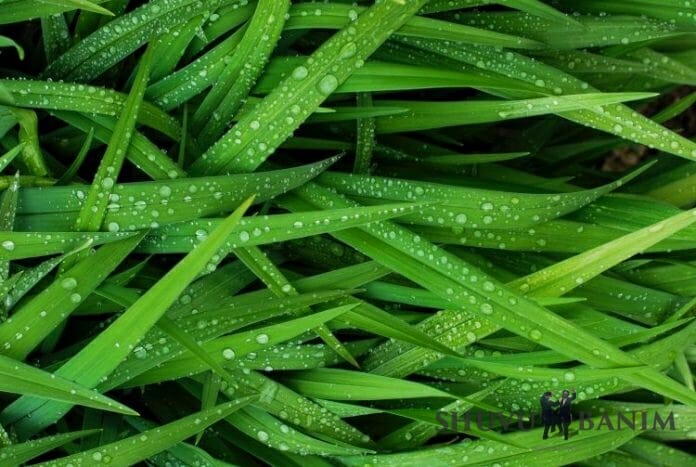 A commentator wanted to know the source for the Jews going into the desert and eating grass. We’re pleased to bring the Midrash Heichalos as the source, below:

Evil King Armelius will arise and tell Edom: “I am your messiah! I am your god!” The people will immediately believe in him and unite under his leadership. He will say to Esav’s descendants worldwide: “Bring me the Torah I gave you!”

Every nation will present its religious law. Armelius will declare: “I gave you this law. I am your god.” He will likewise summon the Jewish people and say: “Bring me your Torah, and declare me your god!” The Jews will be shocked and frightened

Nechemiah and three Jews from the tribe of Ephraim will approach Armelius with a sefer Torah and read him the verses I am the Lord your God… You shall have no other Gods before Me (Shemos 20:2-3). Armelius will respond: “There is nothing like this in your Torah. I will not leave you alone until you believe in me as your god, as the nations do.”

Immediately, Nechemiah will say: “You are not God, but the Satan!” He and thirty thousand mighty Jews will battle Armelius and kill 200,000 of his soldiers. Outraged, Armelius will mobilize and international army and wage a terrible war against the Jewish people. Thousands of Jews will be killed, including Nechemiah, who will die in the afternoon.

Armelius will conquer Egypt. As it says: “the land of Egypt shall not escape (Daniel 11:42). Then he will re-destroy Jerusalem. As it says: “And he shall plant the tents of his palace between seas and the holy mountains of beauty, [yet] he shall come to his end, and none shall help him (ibid. 11:45).

And at this time, Michael the great angel…will stand… (ibid. 12:1). He will blow the shofar three times. As it says, “on that day, a great shofar will be blown (Yeshayahu 27:13). (That shofar will come from the ram of the akeida, and God will lengthen it to a thousand cubits.)

Moshiach ben David and Eliyahu HaNavi will reveal themselves to the Jews hiding in the wilderness and restore their spirits. As it says: “Strengthen feeble hands, and confirm the weak knees. Say to those of fearful heart, “Be strong, do not fear…” (Yeshayahu 35:3-4)

The people will know God has saved them. As it is said, For God has redeemed Yaakov, and ransomed him from the hand of one stronger than he (Yirmeyahu 31:10), and those lost in the land of Assyria and the outcasts in the land of Egypt will come (Yeshayahu 27:13).

The nations will fear God.

Heretofore scattered, the Jewish people will return to Israel with Moshiach. Uniting in the Judean desert, the Jews will go to Jerusalem. Remnants of the house of David will rise up from the ruins, and Moshiach will rule.

As it says: “God will go out and fight these nations… (Zechariah 14:3) and “At that time, I will bring you, and at the time of My gathering you, for I will make you a name and a praise among all the peoples of the earth…” (Tzefanya 3:20).