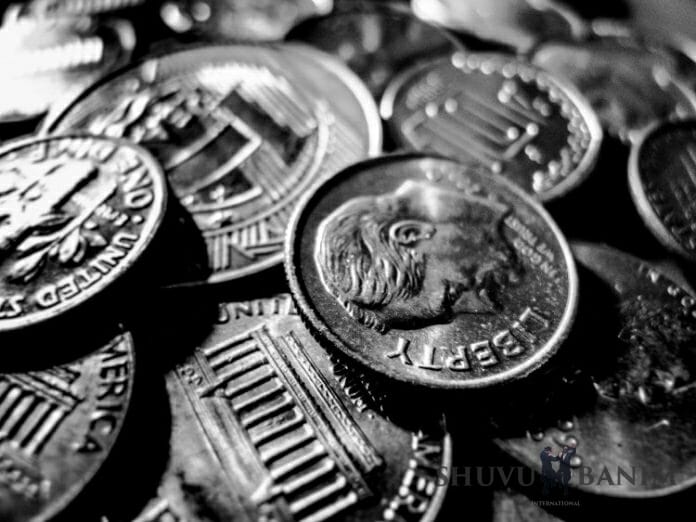 Rabbi Berland vs The Illuminati – Reprise

Read Rabbi Berland vs The Illuminati for the first part of the story of Rav Yaakov of Galona, and Amshil Rothschild.

Rav Yaakov from Galona met with Asher Amshil and asked him to come back.

‘I’ve found the money’. He requested forgiveness. Rav Amshil said to him, ‘I’m not coming back’. He was 70 years old. Rav Yaakov from Galona said to him, ‘you’re 70 years old, what can I do with you? I’ll bless you that your grandchildren will be the richest people in the world.’

How did he become rich? He had five grandchildren. One lived in Berlin, one lived in Napoli, one in Milan, one in Paris and one in London. This was at the time when Napoleon had returned to ruling France. ‘Napoleon’ comes from the word ‘napol’ / ‘tipol’ (he will fall). The wise ones said that he would fall: ‘Napol’ tipol’, so they went up [anyway] to Eretz Yisrael.

But, Rav Naftali from Ropshitz said only when they are up to their knees in blood will they return to Eretz Yisrael.

This was also in Russia, it happened in the Holocaust [OR: this caused a holocaust?], they thought that Napoleon would kill all the Jews, he simply didn’t stop, he said ok, he’ll kill all the Jews.

He reconstituted the Sanhedrin – on Shabbat, but no one came, apart from the Reform.

He said, Reform aren’t Jews. He didn’t need the Reform Jews, so he had no choice and he opened the Sanhedrin on a weekday. And then there was David Zinzheim who was the Rav of Paris, he was head of the Rabbanim. The Rabbanut of Italy said this was a case of pikuach nefesh (a matter of life and death) so it should be permitted to travel on Shabbat. Rav Zinzheim said, ‘no such thing, – so there shouldn’t be a Sanhedrin.’ The Reform came and Napoleon said,

‘I’m not making a Sanhedrin with Reform, Reform aren’t Jews at all.’

So he [Napoleon] said there [to the Sanhedrin]:

‘Who are you loyal to, to Eretz Yisrael, or to France?’

[They replied] ‘We are loyal to France’. [Napoleon said] ‘So do something then which goes against Torah!’ Rav David said, it’s not possible to go against the Torah. If it’s pikuach nefesh, then it’s permitted, but if it’s not pikuach nefesh then it’s forbidden for you to make make laws against us. This answer found favor in the eyes of Napoleon. He opened the Sanhedrin on Wednesday or Tuesday, and there were something like ten rows, all the Rabbis, there in the Sanhedrin.

And then there was the ‘autonomy’.

Because in Akko there were three walls, and Al Jazzar*  (the Turkish ruler) cut the nose off Rav Chaim Parchi and took his eye out, and threw him from the second wall, smashing him up. All of this happened because, ‘it is forbidden to bow down to the authorities’ (Avot 1:10), and he bowed down to the authorities.

Rav Chaim Parchi supervised all of the wars, all the negotiations.

So Aljazer built all the walls [around Akko] and Napoleon’s soldiers made tunnels under the walls and that’s how they entered into Akko – 15 soldiers and their commander. Aljazer said to stand at the entrance to the tunnel and to behead them all, the same as ‘Da’ash’ (ISIS). And that’s what he did, he chopped off all of their heads and so the French became scared. There were 3,000 injured so he [Napoleon] gave them all lethal injections. He said, ‘I’m not dragging injured back’, and then he returned to Paris.

And all his life he wrote that because he didn’t conquer Akko, he lost the entire war.

Whoever conquers Akko conquers Moscow. Moscow didn’t have any weapons [left]. The French were the strongest army in the world. Therefore, they reached until Akko. He was afraid to conquer Jerusalem. He said, if I conquer Jerusalem, I’ll lose Akko. Because Nelson [the British commander] destroyed 400 ships. Each ship had 100 soldiers, so 40,000 of his soldiers died.

With these, he could have conquered the whole of Eretz Yisrael in a day.

And the first thing he would have done would be to have destroyed Am Yisrael. He wanted to do what Hitler did. But, he needed to wait until he was the Emperor over the whole world.

And then came General Smith.

When the Rebbe was in Akko, they said that they were going to kill everyone, that they would clear out the houses for the English soliders. Napoleon tried to get there first, but the English conquered Akko, and Napoleon knew then that he had lost the war, that he had lost the entire battle. In Haifa, he burned all the Jews. The Jews didn’t help him in Haifa so he burned them all. In Jaffa, he slaughtered them all, also the non-Jews. A river of blood came out from Jaffa. And then they knew he was a very evil person.

Throughout the world it was publicised that he was a terrible murderer.

After this he returned [to France].

After Moscow, he retreated. He went out with half a million horses and came back with 30,000. All of his soldiers died. The exiled him to the Island of Alba with 400 soldiers. After ten months, in the month of March, he came back to rule for 100 days. He took his lance and he conquered France. He wanted to conquer England.

He got as far as Belgium, up to Waterloo.

There Wellington [the English commander] beat him. There are maybe five cities called Wellington in the world, because he was the head commander. And by then they [the English] had almost no swords left, no guns left and no bullets. They [the French] stood ready to conquer England – London within a day. So Wellington began to say [Tehillim], ‘Shir hama’aalot esah einei el he’harim, me’eyin yavo ezri…’, ‘Shir hama’alot mi’ma’amakim karaticha Hashem’, ‘Shir hama’alot samachti…’.

So, despite the fact that they had no guns left and no swords, all of the English army was already left with nothing. So, he together with his soldiers started saying, ‘Shir hama’alot…’

Suddenly, everything turned around.

Napoleon’s soldiers started to flee by themselves. They don’t know until today why they did so. It’s a mystery, why they fled. Suddenly, they just turned round, ‘come let’s get out of here, the English are beating us now.’ And they all fled.

And then the blessing of Rav Yaakov from Galuna came about, that Rav Amshil would become the wealthiest person in the world, his grandchildren.

The moment that the French began winning, everyone fled from London. They knew that within a day he would conquer London, within half a day. All the banks – worth over a million dollars, were worth [at that point] only 10,000 dollars. So they [the grandchildren of Rav Amshil] sent their clerks to sign on buying the banks. They only signed on the contract, they didn’t even pay over a single penny. They bought all the banks in London and after an hour, everything turned around. Within an hour of signing on the contracts, a messenger arrived telling them that the French had fled.

And so everyone came back and all the banks returned to being worth millions.

Translated from Shivivei Or Newsletter, #116

Rabbi Berland vs The Illuminati