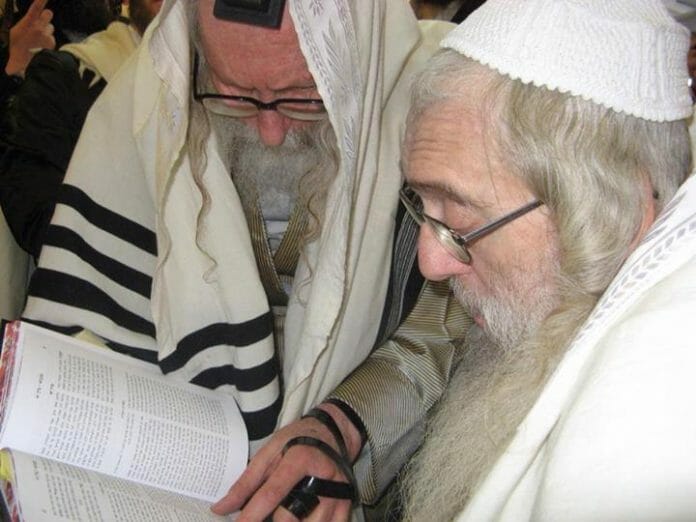 The connection between Rav Brandsdorfer father and son with Rav Berland

Rav Chaim Elozor Brandsdorfer, may he live and be well—son of Rav Meir Brandsdorfer of blessed memory author of “Knei Bosem”—spent four days with the Rav in Holland and saw the father’s thank you letter to the Rav for saving his child from cancer through a blessing.  Rav Brandsdorfer said that he is no longer surprised by stories of miracles involving the Rav, since he has heard thousands of these by now and it is well-known that such miracles come easily to the Rav, and he hides more than he reveals.  But what did amaze him was that several years ago, a Jew who had been very far from keeping Torah told him how the Rav drew him closer to Judaism without saying a word.  Rav Brandsdorfer couldn’t understand how that could be, until that Shabbos in Holland with the Rav, when he witnessed it with his own eyes.  He saw how the Rav’s holy hand gestures stirred the hearts of Jews who were far from Torah and mitzvos and drew them closer to being truly repentant.  He ate the Friday night meal at the Rav’s house and waited for the Rav to give a dvar Torah (short talk about the weekly Torah portion).  The Rav, however, sang for hours and did not speak.  Rav Brandsdorfer relates: “I saw with my own two eyes some people who were there from abroad, and how they would just look at the light emanating from the Rav—from his hand motions—as he sang.  I could see in their eyes how this caused a dramatic change in them, how they drew closer to Hashem, more than any words that could have been spoken.”

Rav Brandsdorfer told of his father’s closeness with and immense respect for the Rav (see photo).  His father said that Rav Berland has enormous merit from the thousands of Jews he has brought closer to Judaism.  Rav Brandsdorfer said he had missed many brisses during his four-day visit to Holland, but it was all worthwhile.  He recommends each person go there to be spiritually uplifted, because seeing it once is better than hearing about it a hundred times.  Even if one is moved to repent after hearing stories about the Rav, it is not the same as seeing it with your own eyes.