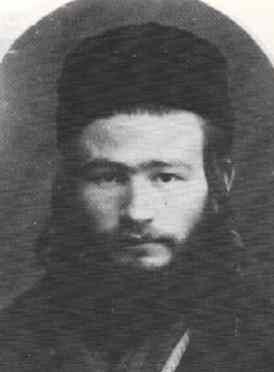 Rabbi Aharon Berlin who was one of the first students of the Rav, shlit”a, and currently serves as the leader of the Breslov synagogue in Flatbush, recounted an impressive story on kav hameida (the information hotline in hebrew +972583287777 – a recording of the interview is provided at the end of this article):

“When I was a young man I would travel virtually every Shabbat to Meron with Rav Berland, shlit”a. During one of our trips, I noticed that while the Rav prayed his usual intense and lengthy Amidah, the saintly Rav Shmuel Horowitz (1903–1973) watched him with great interest. Since Rav Shmuel had seemed so engrossed, I waited for a good opportunity to ask him what he was thinking about Rav Berland.

“When I was finally able to ask, Rav Shmuel’s voice was filled with awe, and he said: ‘You should know that I have seen many people pray, but I have never seen anything like him. His prayers are so fiery, with so much mo’ach (intellectual force).’

“I was utterly astounded. ‘What do you mean that you haven’t seen anything like this? You were among the circle of the greatest ovdim (people involved in Divine service) in Breslov from the previous generation! How can it be that you did not see the like of Rav Berland?’

“Rav Shmuel explained, ‘You are correct that I saw many lofty ovdim in Poland and Uman. They were tzaddikim (righteous), but they were men. Here we are talking about a G-dly angel. There is no comparison!’ And he added, ‘I have also never seen anyone with such a mind.’”

Rav Berlin continues: “Those who knew Rav Shmuel are aware that he never exaggerated. He was careful to say exactly what he meant. Clearly, this was the truth as he saw it.”

The wondrous life of Rav Shmuel Horowitz, filled with endless self-sacrifice is on record in the three volumes of “Yimei Shmuel.” He became a Breslover Chassid at a very young age and yearned to visit Rebbe Nachman’s gravesite in Uman but the pathway was sealed after the Communist revolution. Finally, in the year 5690 (1930) after many years of yearning he made it there by risking his life to break through the frontier between Poland and the USSR, eventually making his way to Uman. For three years, he collected important writings and stories, including the important teachings of Rav Avraham Chazan (1849 – 1917), known as “Reb Avraham ben Reb Nachman”. After a series of miracles and an intervention by the former Chief Rabbi of Israel, he finally made it back to Israel and published what he had collected. It is only due to his self-sacrificing work that we are in possession of the deep and wondrous works of Rav Avraham ben Reb Nachman.

Rav Eliezer Shlomo Schick, zt”l, once wrote in a letter, “It is only due to Rav Shmuel Horowitz’s efforts that we still have the works of Rav Avraham ben Rav Nachman. Rav Shmuel once told me that after he printed Rav Avraham’s “Biur Halikutim” Rav Avraham came to him in a dream, kissed him on the forehead and thanked him for printing his book with such great self-sacrifice.’”

There are many letters written by the great people of Rav Avraham’s time which have remained unpublished. One such letter was recently shown to us, written by Rav Getzel, a close student of Rav Avraham. It was from the summer of 1872 and records an important revelation. This is what is written: “Midday Friday 8 Tamuz 5632, Rav Avraham emerged from the mikveh (ritual bath,) and dressed in his Shabbat finery. Filled with holy enthusiasm and powerful dveikut (connection to G-d), he said, ‘After about fifty years a young and charismatic man will renew Rebbe Nachman’s pathway in a wondrous manner, never before seen in the world. This will create a great revolution in regards to the redemption and will bring much good to the entire world. Speedily in our days, Amen.”

Rabbi Avraham Ben Chaim shlit”a, the man who showed us this letter is a well-known elderly lecturer and the head of a Breslov synagogue in the Tel Aviv area. He said that from the moment he saw this letter, he immediately thought of Rav Berland, who seems to perfectly fit all of its conditions. “Rav Berland was the charismatic and dynamic person that Rav Avraham ben Rav Nachman must have been referring to and he has certainly breathed much new life into Rebbe Nachman’s path.”

Besides Rav Avraham ben Rav Nachmans own towering spiritual stature—he was known to have a level of insight that bordered on prophetic—Rav Avraham was also entrusted with Rebbe Nachman’s hidden manuscript (Megillat Setarim) that included information about events that would unfold prior to the final redemption. When Rebbe Nachman revealed these teachings, he made clear that they should be kept secret until the proper time. Rav Natan encoded this chronicle to ensure that it remains hidden. The person entrusted with the key to this code transmitted it to only one person in each generation. Sometimes, when Rav Avraham spoke cryptically, he was actually hinting to something in this code. It seems probable that this was one of those times. (read about megillat setarim in hebrew)

Now we can better understand why Rav Shmuel Horowitz showed such interest in Rav Berland as a young man. Having gathered the letters, including the letter quoted above, he was well familiar with Rav Avraham’s words, knew the depth from which they breed, and likely applied them to the Rav.

Postscript: After the first publication of the above newsletter in Hebrew, a man contacted us with a similar quote which he heard from Rav Shmuel Horowitz. The words of Rav Shmuel translated from Yiddish: “I’ve seen men who reached the level of angels, but literally an angel like Rav Eliezer Berland I have yet to see, and who knows what lofty levels he has yet ahead of him…”

A note to our readers: We are sitting on a spiritual goldmine! There are hundreds of stories and articles written about Rabbi Eliezer Berland which haven’t yet been available to the English speaking public, plus there are thousands of transcribed torah lectures of the Rabbi including torah ideas and original prayers written by him which are waiting to be translated. As is known, the costs of professional translation are astronomical. If you would like to help us in the endeavor of making these works available to the public in a new English website which is in development please click here, donate generously and click “make this recurring monthly” so we can keep on going. For more info email us at knishtachada@gmail.com