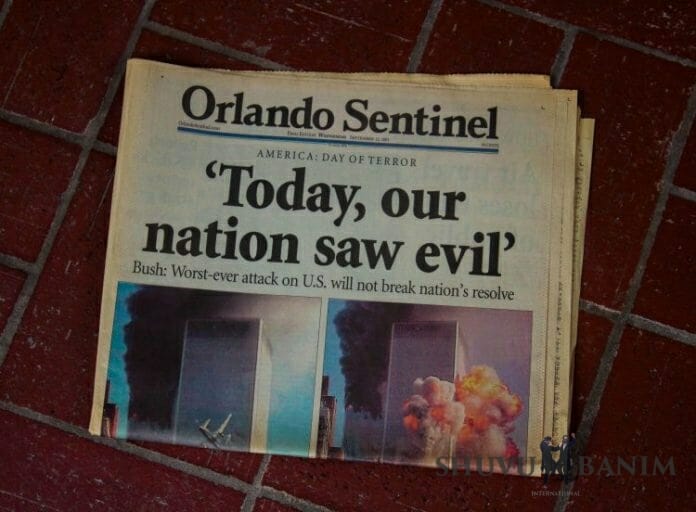 Excerpt of a shiur by Rav Eliezer Berland, shlita, that was given before Shacharit Tuesday morning, Parshat Shelach Lecha, 5778

You can merit to have a long life via [the mitzvah of laying] tefillin – all in the merit of putting on tefillin. The moment you get up, you have to put on tefilling. I see that people come to the davening without their tefillin.

You get up in the morning and you put on your tefillin, and then in the merit of doing this, you’ll live to 120.

Once, there was a story about a bachur (young man) who screamed ‘tefillin!’ again and again. This story happened in the US, in NY. He started screaming about his tefillin over and over again, and everyone started shouting.

The young man misses his flight

So the pilot comes over to him and says: “What’s happening? – Get out of here! You won’t fly, and your tefillin also won’t fly!” The bachur said, “No, I will fly, and my tefillin will also fly!” This is what he said. So the pilot opened the door and threw him out of the plane, he rolled over, and the plane took off and never returned.

That plane collided with the second building of the Twin Towers. And in the merit of his tefillin, the bachur was saved from being onboard that disastrous flight. Because without your tefillin, you can’t fly.

On the loudspeakers they said that nothing had happened. They had information from the army that ‘nothing had happened’. Everything is decided according to information you get from the military. [So they said over the loudspeakers] “You shouldn’t panic, this was just a plane accident, we are requesting everyone to keep calm. We can inform you that it is still business as usual, the regular routine.”

This is the best thing, the main thing, to stick to the routine. So the routine carries on, and they announced on the loudspeakers that no one should leave the building and no one should escape, because this was just a plane accident.

But they said:“No, we won’t change the time we are meant to take-off!” Because the main thing [for them] is to be organized. This is the principal thing.

Really? A person could finish his tikkun (spiritual rectification) within a few seconds, but if he is with the Tzaddik, then he will live to 120.

[1] what מֹשֶׁה רַבֵּנוּ told the spies to do.

[3] What the spies actually did.

[6] Like there are by the Arabs, families who live together.