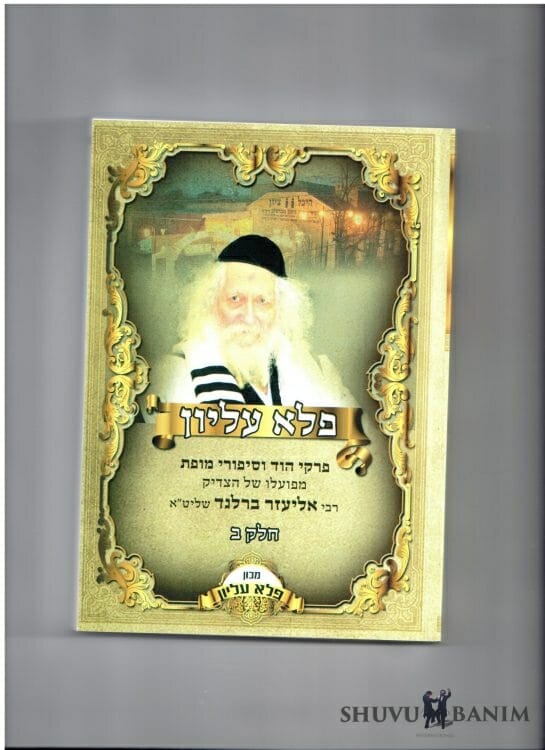 A true story showing some of the Rav’s Ruach Hakodesh

Someone from the holy city of Bat Yam recently contacted the Pele Elyon organization to recount the following true story:

This Jew has a friend who was very far from Torah and mitzvah, but who really needed a miracle in an important area of his life. Lately, this person started to get closer to Rav Eliezer Berland, shlita, and started to realize that the Rav has a tremendous ability to work miracles. So, he felt obliged to try to persuade his friend to come and visit him, to get a blessing that would hopefully lead to him receiving the salvation he needs, in the merit of the tzaddik.

When this man went to go and have a heart-felt conversation with his friend, to try to persuade him to visit Rav Berland, shlita, he hit an unbelievable amount of resistance. His friend wouldn’t even agree to hear anything about any rabbis – and especially not a rabbi who lived in Jerusalem, and who would expect his friend to travel out of Bat Yam to visit him.

He tried to persuade him, he spoke about the spiritual greatness of the tzaddikim generally, and then spoke about the particular level of Rav Berland, and told him a bunch of different miracle stories. But despite all this, the man refused to budge an inch.

“The Rav has Ruach HaKodesh!”

As part of trying to get him to change his mind, the man told his friend that you could really see that Rav Berland had ruach hakodesh, (Divine inspiration).

“What do you care to come and see for yourself, that he can see right through people, and read them like a book. Even if you’re not coming for a miracle, at least just come for the experience!”

In his heart of hearts, this friend didn’t really believe that there was any such thing as ruach hakodesh, but to get his friend to calm down and leave him alone, he agreed to travel to Jerusalem with him. They came to the house of the Rav, on HaHoma HaShlishit Street in Jerusalem, and went in to see him when the Rav was accepting visitors.

In the very short conversation the skeptical friend had with the Rav, the Rav asked him what he did, where he lived, how many children he had, etc, the same way any friendly new acquaintance would, and with no fireworks going off.

After the two left, the skeptical friend turned to the person who’d dragged him there and said to him:

“Do you see, now, that there is nothing special going on there? If he really has ruach hakodesh, then why did he have to ask me all those questions about where I live, and what my name is? True, he’s a really nice man, but he’s nothing more than than. [God forbid!]”

At that moment, when they were just about to climb into their car, the Rav’s attendant, Natan Besanson, came out to tell them that the Rav was asking them to come and see him again.

The truth is revealed

This time, the Rav greeted them very differently. He started shouting at the skeptical Jew, who was so far away from keeping the Torah and mitzvoth, and started listing all the things that he’d done wrong over the last few days. Up until that point, no-one else knew about them, only the man himself knew what he’d done. And now, suddenly, they were being clearly revealed to everyone, by the tzaddik.

This Jew felt extremely embarrassed – and slowly, slowly, a deep feeling of remorse and teshuva started to grow in his heart. At that moment, the Rav’s countenance changed, and his friendly, smiling expression returned. The Rav placed part of his tallit (prayer shawl) over the skeptical Jew’s head, and then hugged him for a few minutes.