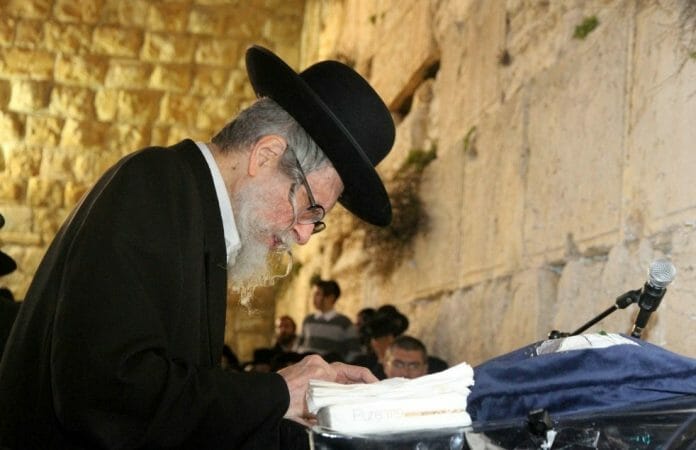 For many of the people unfamiliar with the political scene in Eretz Yisrael, it can seem quite incredible that the Israeli government would invest so much time, money and effort in persecuting an elderly Rav, and chasing him all over the world from country to country, if there wasn’t some real justification.

The sad truth is that to the secular leaders in Israel, religious Jews, and particularly haredi Jews, are increasingly being viewed as ‘Public Enemy Number One’. As more and more Jews in Israel re-discover their Jewish roots and return to Yiddishkeit, the secular elites are seeing their electoral power-base erode. They are increasingly concerned that if Israel becomes a country where the majority of the residents are religiously-observant, that will curtail their own desires to live an essentially non-Jewish, or even ‘anti’-Jewish life within Israel.

Over the last four years, this ‘war’ the secular elites has been fighting against the Torah world in Israel has only intensified. Today, many of the leading rabbis in Israel are scared to speak out too vocally, for fear of being targeted, persecuted, and falsely slandered by the ‘anti-Torah’ people who are pulling many of the strings behind Israel’s institutions, media and governance.

With that background, now you can hopefully better understand the following comments that Rav Berland made himself, after the Israeli government’s second unsuccessful attempt to extradite him from Holland. After the first attempt, the Dutch judge presiding over the hearing rebuked the Israeli representatives, stated ‘there was nothing here’, and publicly questioned why the Israeli government was persecuting Rav Berland in such a flagrant manner.

After the second hearing to extradite him from Holland to Israel in September 2014, while Israel was still waiting to see if the cease-fire that had ended ‘Operation Protective Edge’ would hold, the Rav made the following comments:

“The terrorists in Gaza are getting help from the Israeli government. The next prime minister of Israel will already be from the Hamas, maybe [Ismael] Haniya himself, it’s impossible to know exactly who. Because today, all the wars they make [referring to the Israeli government] are only against Rabbinic scholars, and against people like Rav Berland. Instead of waging war against the Hamas, they’re just waging war against Rav Berland. It’s a sign that in the next election, Haniya himself will be the next prime minister of Israel, or maybe it’ll be Arafat’s nephew?

“The only focus of the [Israeli] government seems to be to unite with the Arabs, and to persecute rabbis, so there’ll be less Jewish continuity. So that’s why they’re fighting their ‘war’ [against the Torah world], and all the world is laughing at this, and saying: “We have no idea what’s going on here, or why [the Israeli government is chasing after this Rabbi] so very much!” They have no idea what’s going on, after six million Jews got killed, and yet they still see the Israeli government supporting the Arabs [financially], and even still giving them more weapons.

“Recently, one of the officers in the IDF brought out a book where he described how he witnessed the Israeli government selling weapons to the Hamas, and the government wanted to stop him from publicizing this information.

“I explained in the court how the only ‘gangsters’ the Israeli government is interested in these days are Rabbis and Rosh Yeshivas, and that’s why the Israeli police is going out of its mind, asking themselves: ‘How are we going to blacken his name?’ [In Johannesburg], they sent 50 armed men after me…I officiated at four weddings in Johannesburg, and at the last one the police arrived with their patrol cars and sent armed commandos after me.

“We’re really seeing God face-to-face in all of this, and everything is going to be transformed into beautiful things. Every second, we’re seeing miracles and wonders. Now, this is really a big sanctification of God’s name (Kiddush Hashem), and everyone is going to make Teshuva, because they’re all seeing on the television how [the Israeli government] is chasing after the Rav day and night. It’s simply showing everyone that this is just a war against Shuvu Banim, and a war against Rav Berland, because we’re bringing people back in Teshuva.

“Today, there’s nearly a million baalei Teshuva [in Israel], and they just can’t stand the idea that people who were once ‘gangsters’ are today rabbis with side-curls and beards.”

And sadly, the war is continuing. At Rav Berland’s last hearing in Israel, the presiding judge announced that because the Rav believes more in the Torah’s laws than in the laws of the State of Israel, and because he has thousands of followers, he is therefore considered to be a ‘dangerous person’ and a threat to Israeli society.

The Israeli police force is keeping Rav Berland behind bars indefinitely, despite the complete lack of any evidence against him, solely because he keeps Torah and has inspired many thousands of people to return to their Jewish roots, and come back to Hashem. 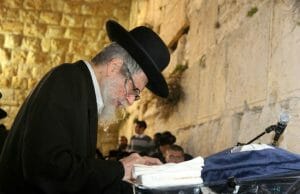 treatment of Rav Berland, they will be the next people targeted for character assassination and arrest.

So, it’s time to stand up for Rav Berland! SIGN THE PETITION, and show Hashem that you care about his Tzaddikim, and this outrageous miscarriage of justice.