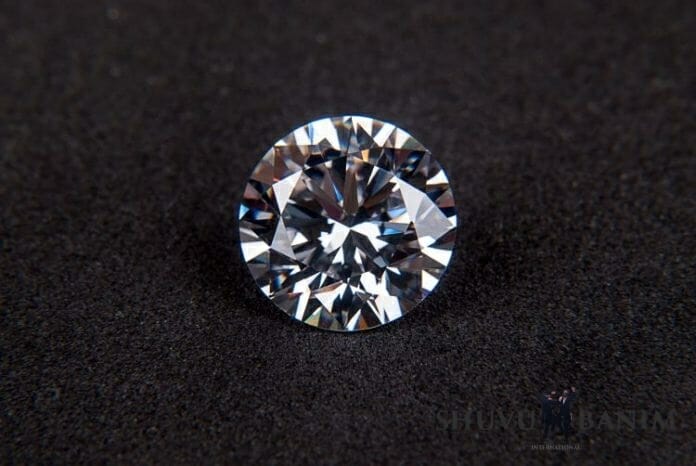 Excerpt of a shiur given by Rav Eliezer Berland, shlita, in Bnei Brak, on the motzay Shabbat following Parshat Behukotai, 5778

One day Yaron Yamin phoned me, he says, “We are stuck in the Jungle”. This is a jungle of thousands of kilometers, it is next to Zimbabwe, how is this country called? Tanzania? Tanzania is next to Johannesburg, not Zambia, Zambia is in the south, we’re speaking about near to Harare, southeast, he got stuck there.

There, there are cannibals. So he tells me,

“I just got stuck in the jungle next to a ditch, my car fell into a ditch and fell apart.” There are no roads there, all the roads there are full of holes and ditches, just like from briat ha’olam, the creation of the world.  The roads there are from briat ha’olam, they haven’t yet repaired them, it is all ditches, ditches, ditches and ditches, and if you fall into a ditch then you can be stuck there now for three days, until someone will come to pull up the car for you.

Three days and three nights he was stuck there.

He carried on traveling another 20 km, and he reached an inn of cannibals, were they could make shishlik kebab out of humans, and make shawarma out of them. This was around Seder night. He feared that they would take his car apart, because in his car there were double doors. Every car over there has double walls that they hide there all their diamonds, their gold.

When you cross Africa you can smuggle, – you buy a kilo of gold, you buy it for 10,000 shekel and sell it for 40,000 shekel, on every kilo you can make 30,000 shekel, if you buy a ton then you can make ten million. All the gold and diamonds are in Africa, it says, “There is the crystal and the onyx stone “, there is also crystal and also the onyx stone, all the diamonds of the world are there, because there are volcanos there.

A diamond is created through volcanos.

How is a diamond created?

From the heat of the volcano. Diamonds are all made from charcoal. But nowadays they make artificial stones. A real stone can even heal from illnesses, if a person is ill and you put it on his stomach he’ll be healed from the illness, every diamond heals a certain illness.

So he (Yaron) came, he had two seconds left, and he phoned me. The car fell into the ditch, he called me, straight away he called me from there.

Stuck in an African inn…

So basically there are 150 Africans standing there, and they are staring at the car, just one more minute and they will take apart his car, they will reveal all the diamonds, they don’t know how much they are worth, they just know that they have to take them, this they know.

There was snooker there with the beer, so Yaron said, “Come, let’s bet on the snooker with the beer”. He said, “If I win, everyone has to bring me a can of beer, and if you win, then I will bring you 150 beers,” and he beat them each time. He saw that they were already too tense, so once – the tenth time, he let them win. So now he bought them all the beer that there was there in the inn.

Meanwhile, another 12 hours passed, he just needed to get through the 12 hours. Three days already passed, meanwhile a semitrailer arrived, he needs to take the car, how will he guard the car that they shouldn’t take it apart? It was a very simple car, a simple Subaru, but the doors were double, in just a little while they’ll take it apart.

They just catch a person, and eat him up

You go in the forests you can find skulls, bones and skeletons that were chewed at. They used to nibble them, they used to chew the skeletons in the forests, or caves full of skeletons, they just catch a person – slaughter him – and eat him up…

Then he called me again, he tells me, “Look, three days have already passed, you told me that I won’t be in the forest more than three days,” because until a truck goes pass and takes the car, and until they’ll send a new car from Johannesburg, it is a minimum of three days.

“Now three days have passed,” he tells me, “and I’m still stuck here in the forest, in the jungle, in some inn here, I already gave them 150 cans of beer, in a short while everything’s finished, and soon they’ll eat me too.”

They’re doing this from boredom, they’re not bad people, Davka they are good and righteous people, who eat fetuses. Basically, so in a short while they’ll eat him, and he tells me, “I’m already three days, you promised me that I won’t be here more than three days,” I said, “Send another 10,000”.

Compensation for your suffering

Then I told him that now he’s going to receive a diamond, this is what I said to him, “As compensation for the three days that you were in the jungle, you were there alone with the African over there, now you’ll receive a diamond which is worth tens of millions.” After ten minutes another African comes over to him.

Yaron was still there in the inn, he was waiting for a car that will come from Johannesburg to take him, it is 12 hours from Johannesburg, and now the other African traveled with the semitrailer, with this truck, and until he’ll find a car and come back it’ll be another day and a half, so I said,

“You get compensation for all your suffering, – a diamond worth a few tens of millions.”

And within ten minutes – he told me – an African came to him with a red stone. He says to him, “I don’t understand about these things, you’re an honest man, I know you, I heard about you. Take this now with you to Johannesburg, see how much it is worth. For me, it’s enough that you give me 6,000 dollars.” This was worth tens of millions, but the African didn’t know. Good, so on the spot he gave him 6,000, he came to Johannesburg, he took it to be checked.

Rabbi Eliezer Berland shlit”a brings down a soul from the Upper World!