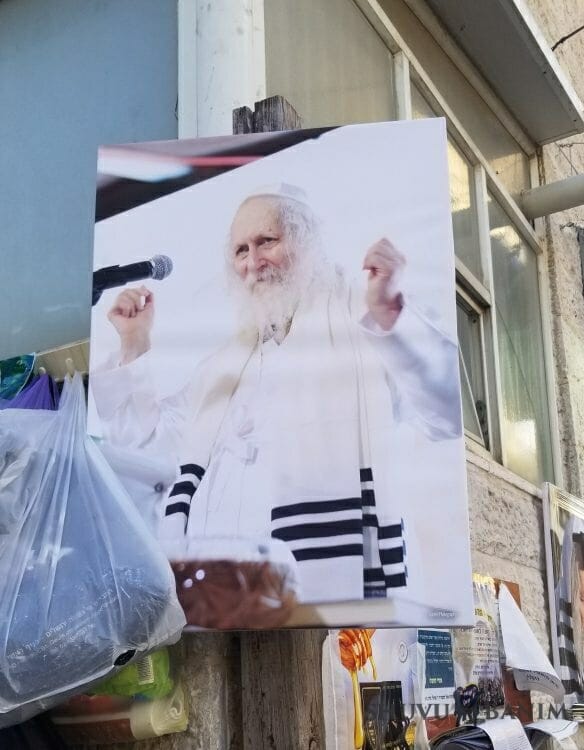 Coming back to life after a bullet in the brain

The following true story has been translated from the Pele Elyon book of miracle stories about Rabbi Eliezer Berland, shlita, Volume III. You can buy Volumes I and II of the books in the original Hebrew HERE.

The following story occurred in 2005, and was shared with the Pele Elyon hotline by Rabbi Yosef Biton, who now hails from the city of Ashdod.

But on that particular Shabbat night, the following story occurred, which plunged all the residents of Beit Shemesh into utter shock, regardless of their background or affiliation, and made headlines all over the press in Israel.

Three young men, yeshiva drop-outs, were wandering aimlessly around the city streets that night, and ended up standing in one of the city parks, where they started speaking very loudly to each other. This particular park happened to be located very close to a residential building, and one of the building’s residents, who was subsequently described as being a dentist by trade, came out of the building to ask them to be quiet.

They responded to the man in an unpleasant way, and so he began to threaten them, and to hurl all sorts of terrible curses at them, that were totally below the level of behavior you’d expect from a grown-up. Being verbally abused by a grown man pressed the young mens’ buttons, and they started to punch him, and to chase after him.

The dentist quickly returned to his home, then came back with a handgun – and proceeded to fire a bullet at each of the three young men, in turn.

All three young men slumped to the floor, bleeding profusely. Hatzalah quickly turned up at the scene, together with just about every other resident of the neighborhood, who woke up when they heard the screams of the injured young men.

This third young man was immediately taken to intensive care, where the doctors worked valiantly – but without much hope of improving his condition.

After a lot of effort, the doctors threw their hands up, and stated that he had no chance of reviving, but still did their best to stabilize him, so he wouldn’t deteriorate further, in the meantime.

“I went to the home of the tzaddik, Rabbi Yitzhak Kaduri, z’tl, in Jerusalem, and I told him what had happened, and about the young man’s situation. Rav Kaduri told me that it was a very severe injury, and that as far as he could see, there was nothing that could be done. The boy’s parents arrived in Israel from France, and the first chance I got, I brought them to Moranu, Rabbi Eliezer Berland, shlita.

The Rav heard the parents tell their distressing story, and then told them they should pay $1000, as a pidyon nefesh, and then their child would wake up, and return to life healthy and whole.

“The father of the young man left the Rav’s side feeling very angry. He wasn’t able to understand how the Rav could be asking for money. He called up a couple of his friends from France, to talk to them about what was happening, and to discuss why the Rav was asking him for money for a pidyon nefesh. Everyone reassured him that they had heard that this Rabbi was a Tzaddik, who could work wonders and miracles. They told him to not block the process, and to give what he’d been asked to give, and that he was sure to see a salvation from it.”

“We, his friends, collected together $500 between us, and then the father paid the other $500. We came in to see the Rav again with the whole amount required for the pidyon. Moranu HaRav wrote a special prayer, and said that we should recite this prayer every single day, next to the bed of this injured young man, and that he would be released from the hospital by Shavuot.

The doctors heard this, and they started laughing and mocking. They took great pains to explain to the poor parents yet again that there was no chance that the young man would return to full health after experiencing that sort of brain injury. But they continued to believe that the strength of the Tzaddik was much greater than the power of the doctors, and so they continued to say the prayer that the Rav had written for their son, day after day.

In the meantime, the young man who’d been injured in the ear was released from hospital, and he started to come to the hospital every day or two to the ward, where he was very careful to regularly recite the prayer that the Rav had written for the healing of his friend.

“After a few days of this, there was a surprising improvement in the wounded boy’s condition.

The doctors tried to calm us down, and explained that this was just as a result of them being able to stabilize the young man’s condition – and that there was still no chance of him every returning to normal. They admitted now that he was live, but said that he would be a vegetable.

“In the meantime, we had Pesach, and each day that we recited the counting of the Omer, we also recited the prayer that the Rav had written. This continued until June, and I’m a witness to to the fact that exactly as the Rav said, that’s what happened.

“Just before Shavuot, the young man who’d been critically wounded was released from hospital, having totally regained consciousness. He started a program of rehabilitation, and within a very short time, started behaving normally.

It was an astounding miracle of techiat hameitim – the revival of the dead – mamash.

“And all this happened in the merit of the Tzaddik, Rabbi Eliezer Berland, shlita. When they saw what happened, some of this young man’s extended family members who were very far away from the Torah made teshuva, and came closer to Breslov.

“Today, they are part of the Shuvu Banim community.”

You can read more first-hand accounts of miracle stories in Rabbi Berland’s Miracles, available to buy from Amazon, HERE.

The cancerous growth that disappeared – another miracle story