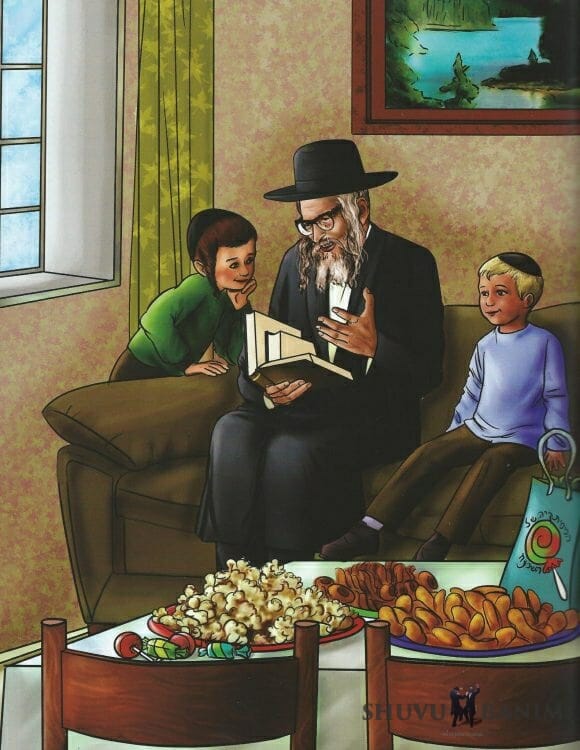 HaRav Shlita, may G-d give him a long life, was always getting closer in a personal way to every Jew who came close to him. Not just by teaching Torah, but with love and a smile that would melt every heart. Always, when a Jew entered the Rav’s room, he received closeness and affection. The Rav almost never criticized anyone. He did not express doubts to them and he would never frown in their presence. He concerned himself with the physical needs of the person completely, and thereafter the person would receive his holy words like a sponge.

During the many years that the Rav was guiding his students, he convinced them to go every day door to door all around the country to the moshavim and kibbutzim in order to meet more Jews who were not keeping Torah and mitzvot. The students were there to strengthen the Jews in spirit and faith and the fire of Judaism.

In many of the meetings of the students and the Rav’s chassidim with the people in the field, the Rav’s students convinced people to give tzedaka in order to support the yeshivah. And this is the way that the souls of many people from Am Yisrael became united with the tzaddik and the yeshivah.

The Rav told his students a story about a man who arrived to heaven to the beit din shel maalah (the heavenly court), where they complained against the man, “Where are all your brothers situated now? It is true that you kept Torah and mitzvot, but many of your brothers, Am Yisrael, didn’t want to know a thing about their religion!”

And indeed the stories of Hashem’s specific guidance and miracles that appear natural, are too many to tell, as a result of the journeys of the Rav’s students all over the country. Many of the stories are incredible. However, the biggest miracle is the return of thousands of Jews in teshuvah. They became closer to their religion, until their houses changed to become kosher Jewish houses, where they strictly kept mitzvot.

The next story happened when the Rav heard a rumor about one family where the mother of the house passed away. The orphans stayed alone with their father. All the support for the family came from the father’s work. The father was therefore barely able to take care of the children. The Rav became concerned about the children because the family began to experience a lower level of Torah observance.

What did the Rav do? He went and found out what the children of the family loved the most. And when he found out that they liked ballgames, he went to a store where he bought lots of sweets, candy and chocolates and he came to the family to talk with them about ballgames. And indeed during the long time that the Rav sat with the children, he talked with them about games and sports. After a while, he came to visit a few times per week. Later, he began to talk with them about everything in the world. And every day he put little drops of hope into the hearts of the children. In the end, this is the way the Rav was able to rescue this whole family from descending to the pit.

How the Tzaddik Stood on his Feet with Self-Sacrifice

How the Rav Opened Up the Path to Kever Rachel