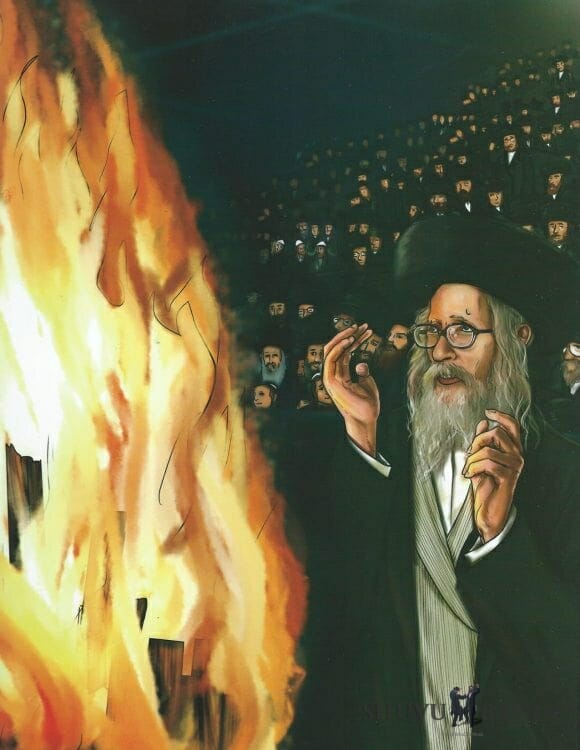 The great tzaddikim merit that they turn their bodies into the essence of their souls. Therefore they have the strength of vision to see from a far distance. When they see a harsh decree happening to the nation of Israel, they act in order to make the judgment sweeter. However, there are situations where the decree has already been made and it is not possible to cancel it.

The next story happened on the evening of Shabbat of parashat Vayikra, in Adar 5771. The Rav was in his apartment in Tiveria. When Shabbat entered, the Rav began his prayers and prayed for an extended time. After that, he sat down to eat his Shabbat dinner. Right after dinner, the Rav went into his room and asked that nobody interrupt him and that nobody go into his room, neither family nor guests. He appeared to be in great distress, with a stormy spirit.

The Rav’s family members were wondering. They did not understand why he closed himself in his room and why he was so distracted during the day of Shabbat. This was an unsolved mystery. However, on the evening of motzei Shabbat they discovered the terrible news. Tragedy came on leil Shabbat when the Fogel family from the yishuv Itamar was brutally murdered in their home. The mystery was solved.

The family members then understood that the Rav had tried hard to make the judgements sweeter and to nullify the decree. He tried to change it. But eventually he saw that he could not.

Another story that shows how the Rav can see from a distance happened a few years ago on Lag B’ Omer during the big celebration to light the bonfire in Meron next to the grave of the holy Tanna, Rabbi Shimon Bar Yochai. On the night of Lag B’ Omer the Rav was dancing with deveikut, as was his custom every year. His face was burning like a flaming torch, and his holy eyes were half closed. However suddenly his face changed from happy to serious and then you could see pain on his face. It looked like he felt stormy and restless in the depths of his soul. Also those familiar with his movements and his holy customs understood that the Rav had something that he was hiding. However, nobody dared to ask the Rav what was the meaning of his sorrow on such a great and holy day.

The chassidim of the Rav and his followers did not understand why the Rav was so upset. They felt his sorrow as well. And indeed on the morning of Lag B’ Omer everything became clear. The terrible news spread like wildfire that five members of a family from the Rav’s community were killed in an auto accident when they were returning from the holy hillulah of Rabbi Shimon Bar Yochai in Meron.

When a gabbai entered to inform the Rav, the Rav told the gabbai with tears in his eyes, “I know that people got killed. What a pity that I did not succeed to sweeten the judgments at the bonfire with the niggunim, songs, and dancing.”