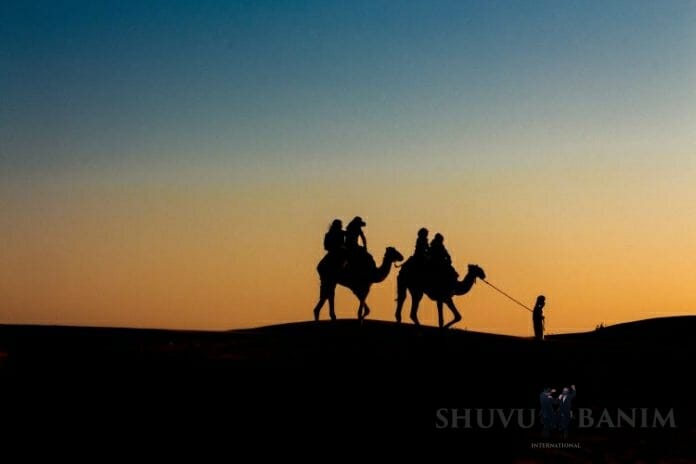 It’s forbidden to leave Israel even for a minute

Translated from a shiur given by Rabbi Eliezer Berland, the night of Rosh Chodesh Tammuz 5779

It’s forbidden to leave and go to chutz l’aretz (outside of Israel) for even a single second.

Every second that a person is in chul, he is transgressing an issur d’oraita (something forbidden directly from the Torah.)

And you will not return by the path that you came from, not to return to look at Mitzrayim (Egypt). Everything is called ‘Mitzrayim’! And it’s an issur d’oraita, every second that is spent in chul.

No prayer is accepted [there], no Torah ascends there.

A person prays – they don’t hear him. And so, this is why there was a shoah, because people lost their yearning to make aliya to Eretz Yisrael.

Up until the point where they still had this yearning, their prayers still ascended.

But the day when they said, “it’s good for me here, it’s actually amazing for me, here,” – as it’s written in the Gemara, Tractate Shabbat 147b, about the 10 Tribes. [The 10 Tribes] received places that were better than Eretz Yisrael, so they didn’t want to return.

Yirmiyahu went to bring them back, but they received such wonderful, good locations [to live in] that they said, we’re aren’t coming back. If they don’t return, there is no olam haba (world to come).

From the Shivivei Or Newsletter, #101