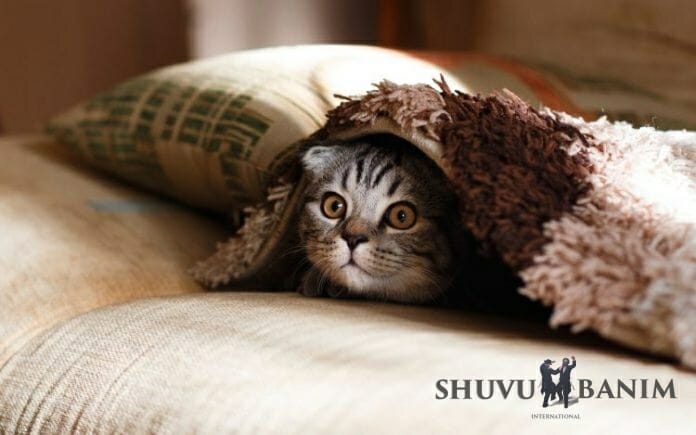 Last Wednesday morning, I had one of those weird hashgacha pratit (Divine providence) moments, that really show you that God is in charge of every single thing that’s happening in the world, and particularly, your world.

My teenaged daughter called me from her ulpana boarding school to give me the news that Rav Berland was meeting the public in Musrara that night, and that I was cordially invited to attend. Now, my daughter likes many things Breslov, and even identifies herself as a Breslover to her friends, (which is where the rubber really hits the road, if you know what I mean) – but she’s not at all connected to Shuvu Banim or Rav Berland’s calendar.

So, how did she know this piece of information?

Turns out she’d called up her old maths’ tutor, one of our neighbors in Musrara, for help with a big exam, and the math’s teacher ‘just happened’ to be hosting Rav Berland in her home that evening, and invited me to come.

Looking for an out…

To be honest, my first response was to try to find a pretext to back out. I’ve seen the Rav on many occasions from afar, behind the big metal grille at the Beit HaRav under his building. And I’ve also seen him – always from afar – on a few other occasions, too. But there was something about the idea of meeting him in person that scared the pants off me.

Because the Rav can see through you, and he knows everything about you as soon as you step in through the door.

And I just didn’t know if I was ready to deal with that.

I mean, what if I went to see the Rav, and he’d start telling me about all the flaws I know I have? Or all the bad thoughts that still sometimes pop into my head? What if he’d ask me why I was such a lazy housekeeper, or such an impatient mother, or such an intolerant friend? (I’m clearly whitewashing my bad middot here, but you get the idea…)

If that would happen, there’d be nowhere to hide.

But on the other hand, coming to see the Rav, and being able to ask him a question and to actually speak to him in person was a huge zchut (merit). So, I called up the maths’ tutor, and I booked my spot.

I prepared 1,000 nis as a pidyon to give to the Rav (let me tell you, that’s always a bargain that I try to snap up), and at 7pm, I headed off to Musrara, to a very small apartment where about 60 people were crammed into a space of no more than 60 sqm.

The women were in the tiny kitchen, so I got some space by the window – where I could look outside incase the crush got overwhelming and my Western-induced claustrophobia would kick in – and then I stood and waited.

For two and a half hours.

That bit was not so fun, I have to say, but I recited some tikkun haklalis, and kind of resigned myself to being the very last person to get seen that night, because pushing to the front of a queue is sadly not one of my talents.

Just as my legs felt like they couldn’t stand a moment more, one of the Rav’s attendants came over to the kitchen, and called my name: the Rav wanted to see me.

I went over to the back room, where another attendant was standing next to the Rav, who was behind a table filled with different short, laminated prayers that the Rav had written. I sat down in front of the table, around two metres away – and found I’d been struck dumb. No questions to ask, no blessings to request.

The Rav asked me how old I was, and I even managed to answer that wrong, which confused me even more. Gosh, I’d lied to the Rav! I told him I was 42, instead of 45! What was I thinking?!

Next thing I knew, the Rav handed me a pink card which bore a prayer asking to be blessed with twins.

I came out feeling so confused, I kind of just rushed home and went straight to bed.

But at the same time, who am I, to question the Rav?

The next day, I called up someone who has been close to the Rav for years, described what had happened, and asked them if I’d done something ‘wrong’. Everyone else seemed to have come armed with a long list of questions and bracha requests. I felt like I’d shown up completely unprepared, and then come away with a ‘blessing’ that I didn’t really want…

He reassured me: It all happened exactly the way it was meant to. And the twins thing doesn’t necessarily mean two more children (at 45, after a 16 year gap…), there was also a mazal known as ‘Twins’, which represented a very high spiritual level.

Phew. I breathed a sigh of relief.

For the next seven days, I kind of walked around feeling out of it and not really here. I haven’t been able to write much, to plan much, to think much. It’s like I got taken out by my meeting with the Rav.

This morning, I went back to Ido HaNavi, to the Rav’s shul, and I got some insight into what’s been going on:

The Rav is awesome. The Rav is the strongest spiritual light I’ve ever seen, and even with all my talking to God every day, etc, my soul still got blinded by the light.

By today, it’s worn off enough for me to be able to describe what happened in words, so let me try and do that:

If the Rav was an iota less compassionate, and less kind, his kedusha would probably incinerate most people at the door.

Usually, I have a knack for being able to grasp what’s going on with people very fast, and very astutely. I simply couldn’t get a handle on the Rav. He’s like no-one I’ve ever come across before – and I’ve met a lot of ‘big’ rabbis in my time.

Now, I’m starting to see how the light shining off Moshe Rabbenu’s face could freak Am Yisrael out so much, they asked him to wear a veil.

And if you don’t believe me, you should take the time to come and see him for yourself.