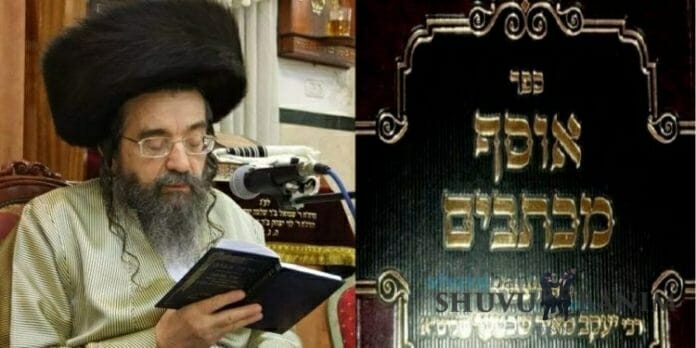 In the book “Osef Michtavim (A Compilation of Letters)” by Rabbi Yaakov Meir Shechter shlit”a, in a letter written on 28 Sivan 5731 to Rabbi Chaim Shlomo, Rav Shechter discusses the difficult controversy against Tzaddikim, “How great and holy [men] dispute the true Tzaddik who is an aspect of Mashiach.”

The following are selected excerpts from the letter:

To the honorable, beloved of my soul, the dear Rabbi, Tzaddik Rav Chaim Shlomo…

On the matter of the holy Tzaddikim who didn’t know of Rabbeinu HaKadosh (Rebbe Nachman), and even so, were holy and awesome.  We also need to be careful not blemish the faith in Tzaddikim, in the faith in the Tzaddik [who is] “desecrated through our rebellious sins”[1] (Isaiah 53:5).  This could cause, God forbid, a blemish in the faith in the Tzaddik who is an aspect of Moshe himself.  And in contrast to this, we see that there were simple people who in fact merited to be together with the Tzaddikim at the time of [their] concealment.

On the matter of the controversy of Korach and his congregation against Moshe and Aharon, it’s told about the holy Rabbi, the author of “Yismach Moshe,” may his merit protect us, who merited to remember all of his reincarnations, and said that he remembered the controversy of Moshe with Korach; and he was amongst those who didn’t want to get involved in that controversy.  There were likely many more smaller [people] who recognized the truth, because we see that he succeeded in luring 250 heads of the great Sanhedrin; but the simple people were with Moshe Rabbeinu.

If so, so is it even with great and holy [men] who don’t know at all about the Tzaddik.  And in contrast to them, there are simple people who do know of him, and the mystery of this is hidden from us.

It’s known that the Baal Shem Tov didn’t want to descend to this world until he was promised sixty mighty men [to protect him against his persecutors] (see Avney Barzel, Siach Sarfey Kodesh 1:535), and if not for this, he would have still been hidden in this world.

In any case, I have brought you several examples, that it could be that Tzaddikim, holy men, and miracle workers know nothing of the mystery of Mashiach “desecrated through our rebellious sins,” and in every instance this mystery is concealed in a completely different manner.  See in depth in the Zohar (Ki Teitzei p. 282), that Rashbi requested that Eliyahu the prophet reveal the Faithful Shepherd (Moshe Rabbeinu), because the Tannaim, Masters of the Mishnah, don’t know of him, and he doesn’t make himself known to them, and about this it’s said, “He is desecrated through our rebellious sins.”

[1] [note appears in original] A verse in the Bible (Isaiah 53:5): “He is desecrated through our rebellious sins, oppressed through our iniquities; rebuke for our benefit was upon it, and through his wounds we were healed.” The Gemara (Sanhedrin 98b) interprets this [as speaking] of Mashiach, that he suffers evils for the Jewish people.  See Likutey Moharan 118, that he wrote that every Tzaddik of the generation also suffers for the entire Jewish people to lighten [the suffering] from them, because he is an aspect of Mashiach.

Why does Mashiach need to sit in prison? — Rabbi Nir Ben Artzi shlit”a

The Rav is in life-threatening danger