Rabbi Berland Explains The Spiritual Cause of the Corona Virus

The “Corona Virus” epidemic has been sweeping the globe for a couple of weeks, now. The virus began in the Chinese city of Wuhan, and there are conflicting reports about how serious the epidemic is, the mortality rates, and the way it’s actually being spread.

But what’s not up for debate is that the Corona Virus is already causing widespread panic and hysteria in all four corners of the globe.

Amidst all the speculation, Rabbi Eliezer Berland, shlita, was recently asked about the Corona Virus during one of his shiurim, and in particular, the spiritual root of the epidemic. As believing Jews, we know that everything comes from Hashem Yitborach, and that there is no such thing as a ‘reality’ that is independent from HaKadosh Baruch Hu.

So while the non-Jewish world is looking for natural reasons and natural ‘solutions’ for the spread of the Corona Virus, believing Jews know to look past the headlines, and to search for the spiritual message or clue, that Hashem is sending us via everything that occurs in the world.

So, when Rabbi Berland, shlita, was asked about the spiritual cause of the Corona Virus, he replied that it’s spreading due to the sins of pgmei habrit, (literally, ‘blemishing the covenant’), and also from the sin of eiver min ha-hai, eating a limb or organ from a live animal.

Eating the organs of live animals, including the still beating hearts of frogs and snakes, (to quote one example) is a traditional and widespread part of many Asian cultures. According to the seven Noahide laws, any non-Jew that eats eiver min ha-hai is subject to the heavenly-appointed death penalty.

According to the World Health Organisation (WHO), the current form of what’s being called ‘coronavirus-n2019’ has been traced back to a live seafood and animal market in Wuhan, China. In a report from January 22, 2020, the WHO stated:

“Reducing…transmission from animals to humans, is important, and identifying the animal source or sources, and limiting exposure to those sources is exceptionally important.”

According to the Israeli Health Ministry, “The way that the new coronavirus is being transmitted, exactly, is still unknown. As of today, most of the infected people have been connected back to a live animal market in China (which has subsequently been closed down by the authorities.)

Rabbi Berland, shlita, continued his comments by stating that people aren’t connecting the epidemic back to their true cause, i.e. human sins. He said:

“Eating a limb from a live animal (achal eiver min ha-hai) has the same gematria as ‘Corona’.” (See below).

He then continued that if we don’t wake up, that this new coronavirus epidemic could even reach the shores of Israel, lo aleynu.

“They asked Rabbi Yose ben Kisme, when is Moshiach ben David coming? He told them about the gate of the city of Panias, which is a reference to ‘Banias’, and then said: ‘When this gate falls, and they rebuild it, and it falls again, and they rebuild it.’ The perush (explanation) of ‘Panias’ is that it’s referring to pahad (fear).

“Now, there is Corona. A decade ago, tens of thousands of people died there from influenza, because China is the most spiritually-polluted and unhygienic place. Everything there is bacteria and germs, they eat snakes, frogs and mice, etc.

“Every plant has an angel that tells it to grow. And this occurs from all of the blessings and the prayers. A person needs to learn Masechet Brachot, and Chana HaNevia, because once upon a time, every girl was a prophetess. And Serach bat Asher had prophecy, and she is the one who revealed to Yaakov that Yosef was still living.”

We just want to add some interesting footnotes to Rabbi Berland’s remarks.

For many long months, the Rav has been returning to the subject of eiver min ha-hai, and connecting it back to the sin of the brothers in slandering and selling the Tzaddik HaDor of their generation, Yosef HaTzaddik.

In a nutshell, the Rav said that the main dispute between the brothers and Yosef was over whether it was permissible for them to eat eiver min ha-hai, or at least, to have the appearance of eating eiver min ha-hai.

Most of those references and lessons have not been translated for the site, but if you read through the Hebrew versions of the Shivivei Or newsletter, you’ll find a great many references to this particular sin, in connection with the brothers’ opposition and hatred of the Tzaddik HaDor, Yosef.

In a further connection that hints at how our true Tzaddikim operate in the world, to ‘sweeten’ judgements before they even manifest by way of their Torah shiurim and anecdotes, back in 5777 Rabbi Berland gave a series of classes on Rabbi Nachman’s teaching in Likutey Moharan II:83, also on the topic of eiver min ha-hai.

(You can see the full newsletter at the link below:)

“The Gift of Opposition” Special edition of Knishta Chada journal

There, the Rav brought the passage from Likutey Moharan that said:

“When the Holy One wants to taste the positive mitzvos of a Jew who is a tzaddik, at the moment he is [still] an aspect of a ‘limb from a living [creature],’ which is forbidden for consumption, and requires kosher slaughter to make it permissible.

“Therefore, it’s necessary that humiliation, [an aspect of] spilling of blood, an aspect of kosher slaughter, should come upon him.  This purifies the limb from a living creature [and makes it permissible].  Then Hashem can taste his positive mitzvos, whether one mitzvah or several mitzvos…

This is an aspect of (Yoma 86b) ‘deliberate sins are turned into merits.’  That is, through the humiliation and spilling of blood, the Divine presence covers their blood with love, as above.

“And this is how the tzaddik saves the world from total destruction.”

Who knows, how far the holy vision of our true Tzaddikim really extends, and who can guess at just how many harsh judgments have been sweetened by the tremendous self-sacrifice of our holy rabbis?

The last word, for now, goes to Rashi.

In Parshat Bo, 12:8-9, the Torah speaks of the Pesach offering that saves the Israelites in Egypt from the Angel of Death and the Plague of the Firstborn, and says the following:

“They shall eat the flesh on that night – roasted over the fire – and matzos, with bitter herbs shall they eat it. You shall not eat it underdone…”

Rashi comments on this verse:

“That which is not roasted sufficiently:  –    קוראו נא בלשון ערבי

The bolded words in Hebrew spell out phonetically: Coro na

The Corona virus is so-called because of the protein spikes the virus contains around its nucleus, which makes it look like a crown under the microscope.

It’s now estimated that the coronavirus – n2019 epidemic began back in November, 2019. That same time, Rabbi Berland asked the staff of the ravberland.com to make sure there were at least 10 translated prayers in English going up on the site every single week.

The Rav stated he needed the prayers because he was:

“Battling the 10 crowns of impurity.”

Once again, we can see how even the most casual conversations from our true Tzaddikim contain hints to awesome secrets and mysteries.

We’re pleased to share the following pictures with you, from the Rav’s recent chug bayit in Ariel, on the day of the Baba Sali’s yahrtzeit, last week: 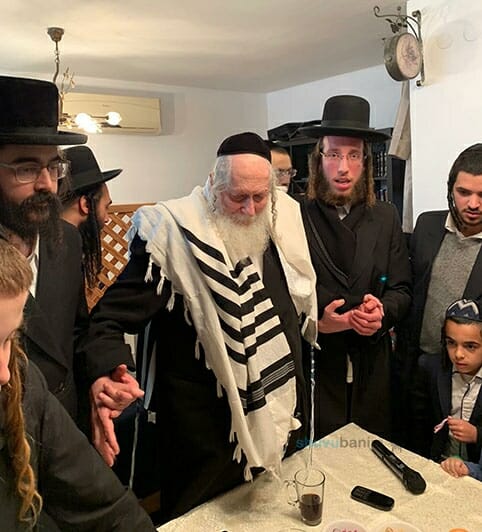 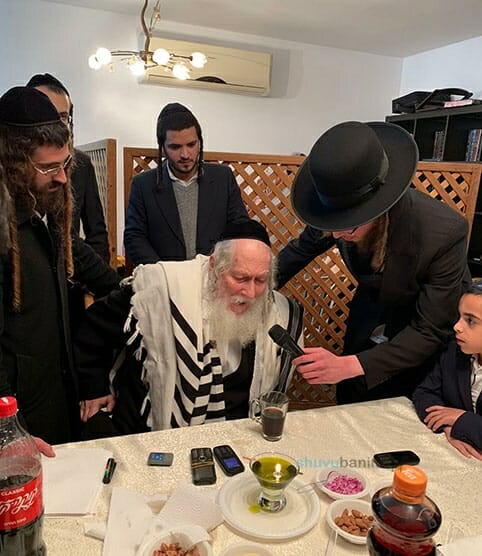 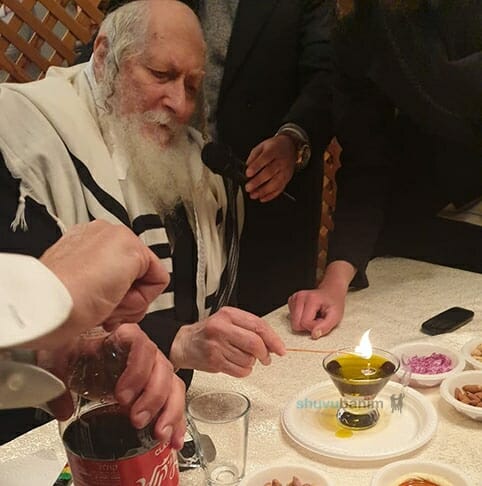 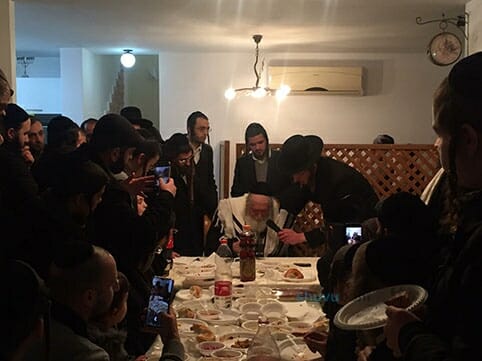 Gog and Magog and the birthpangs of Moshiach

What happens when the Tzaddik of the Generation is imprisoned?

Why did the Lamed-Vav Tzaddik knock on the prison window in the middle of the night?