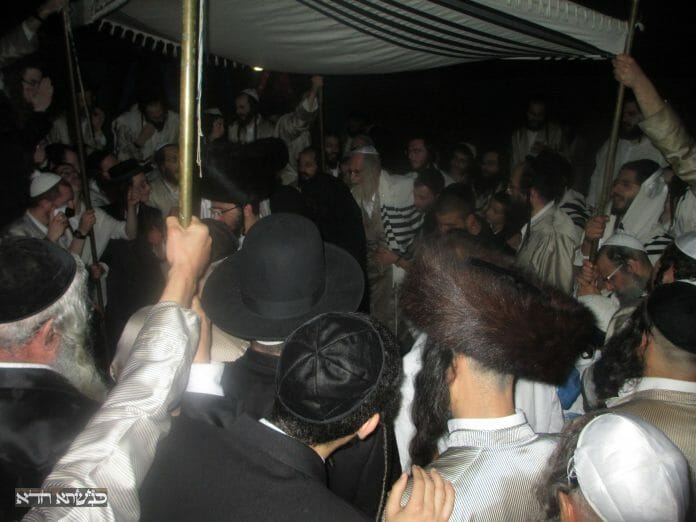 Please note: South Africa is a such a lawless, violent and politically-corrupt country that a branch of the corrupt police has evolved, known as the ‘Hawks’. The Hawks operate as a type of above-the-law secret police, and rent themsleves out as guns-for-hire to whoever is willing to pay them for their services.

Many of the wealthier South Africans pay the Hawks money to protect them from armed and violent criminals, and ironically, also from the corrupt police.

Despite the fact that no arrest warrant was ever issued for Rav Berland (see the end of this story for more details) these anti-Chareidi Jewish patrons of the Hawks asked them to do whatever it took to remove Rav Berland from the South African Jewish scene.

The following amazing story occurred during the Rav’s first sojourn in South Africa, in 2014.

The Hawks’ second attempt at capturing Rav Berland occurred when one of the members of a prominent Shuvu Banim family became engaged to the daughter of one of the more important families in South Africa. The couple booked a hall, hired the caterers, and asked Rav Berland if he would officiate at their wedding ceremony.

As the big day arrived, friends and family of the couple arrived from all four corners of the globe to come and celebrate the happy occasion with them. But then, they hit a snag: Rav Berland had agreed to officiate, but the very day of the wedding, he requested that the celebration should be pushed off for a week. The groom and his family were more than happy to comply, as they’d had a lot of prior experience with the Rav, and they knew that he would never request such a thing without a good reason.

But the bride’s family, understandably, were very distressed about this turn of events. They’d invited friends and family from around the world to join them, and it was going to be very awkward for everyone, to say the least, should the ceremony be postponed for a week. The bride’s family conveyed their feelings to the Rav’s attendant, who told the Rav about the family’s concerns.

As is his way, Rav Berland immediately nullified his request to postpone the ceremony, in view of the great distress it was causing the bride’s family. His attendant called the groom’s family, and asked them to be ready at the wedding hall for half an hour’s time, because the Rav was on his way to officiate.

The hall quickly filled up with men, women and children from every corner of the world, representing every flavour of Jew imaginable. A few minutes later, the Rav’s attendant called back and requested that all of the guests at the wedding should sing a particular Hebrew niggun, until the Rav actually arrived.

The first time the Hawks had tried to catch the Rav had been during the Passover holiday in 2014. On that occasion, the Groom had happened to be in the car that drove the Rav to safety out of Johannesburg, and the Rav had sung the very same niggun at that time, too.

The Rav appeared, and after being joyfully greeted by the families of the bride and groom, the wedding guests started praying the evening prayers before the chuppa would take place. The Rav led the davening with his traditional beautiful niggunim and tunes.

From the moment that Rav Berland had arrived at the hall, a distinguished-looking man that everyone had assumed must be one of the guests, even though no-one actually knew him, had come and stood right next to him. Mid-way through the evening prayer service, this man suddenly grabbed the Rav’s arms and held him tight, as at exactly the same moment 50 armed Hawks burst into the wedding hall.

These police were heavily armed, and were carrying revolvers and other much bigger weapons, all of which were cocked and pointed at the Rav and the other wedding guests. The police were also carrying lazers, which they proceeded to flash all over the place as a feeling of mounting confusion and panic took hold of the wedding party.

Everyone started shouting, the women and children started crying hysterically, and some of the guests even fainted on the spot from the sheer terror of being dramatically confronted by 50 armed and aggressive men. Still others were so scared, they ran straight out of the hall and didn’t return.

The groom recounted afterwards: “The whole place looked like a bomb gone off, or something. I’d just got back from Israel, where the rockets were still falling [this story occurred during operation ‘Protective Edge’], so I was still living that reality. So the first thing that I thought when I saw all these people with their drawn weapons was that the Hamas was staging some sort of terrorist attack, God forbid. Without missing a beat, the Rav stared at the intruders, and it looked like they all just somehow froze in place.”

While all this was happening, one of the Rav’s students who was standing near to the infilatrator, grabbed this man’s hands and put them onto a different student, who happened to resemble the Rav a little. The Hawks pushed forward to where their infiltrator was standing with ‘the Rav’, and carted him off with them outside, where they bundled him into their car and drove off with him.

Meanwhile, the Rav continued on with his evening prayers, still singing the same beautiful niggun. When the Hawks had suddenly burst into the room, one of the people there had grabbed hold of the Rav’s hand for comfort. He reported afterwards that the Rav’s pulse didn’t change in the slightest, despite the very dramatic, panic-stricken events that were unfolding around him. The Rav just took everything in his stride, and didn’t waver for a second.

Once things had calmed down a little, the Rav was escorted out through a back door to his waiting car, but he told the wedding party to continue dancing and singing, and that this evening would be considered as the formal engagement ceremony, while the wedding proper would take place on a different day.

As the reality sank in, the families began to realize the scope of the miracle they’d just witnessed.  A little later, the Hawks returned to the wedding hall with the student they’d mistakenly identified as the Rav, and the guests were so relieved to see him safe and sound, they danced and sang in gratitude to Hashem for the rest of the night.

After this second armed, aggressive attempt by the Hawks to capture the Rav, his followers were sure that the Rav would have to go into hiding again, while his attendants were trying to persuade the Rav that maybe South Africa had got to dangerous for him to stay there any longer, and that he should move to a different country. But the Rav told them that they had nothing to be scared about, and that he was going to continue to carry on as usual.

He told them: “There are still some judgments here that need to be sweetened, and with Hashem’s help, we need to sweeten them.”

In the meantime, the wedding actually took place the next week in a private home in Johannesburg, exactly as the Rav had stated at the beginning of the story. The Hawks were badly stung by their second failed attempt to apprehend the Rav, so they fell back on fabricating some more stories and lies for the local press about how the ‘dangerous’ criminal they were after had escaped ‘justice’ once again, and circulated the Rav’s picture together with a false story of how there was an international arrest warrant out for the Rav.

They asked the local Jewish community to call them with any details of the Rav’s whereabouts, and the whole story was unfortunately bought by many members of the Jewish community, who had no idea of the true circumstances behind the Rav’s stay in Johannesburg, or why the Hawks were so keen to arrest him and get him kicked out of the country.

If you recall from THIS STORY, there has never been an international arrest warrant out for the Rav. He left Israel voluntarily as a free man, and the Israeli police had never filed any charges against him. Despite Rav Berland being back in Israel for well over a month, the Israeli police have still not filed any charges against him, and apparently intend to keep the Rav in prison indefinitely, without a trial, solely because he’s a much-loved 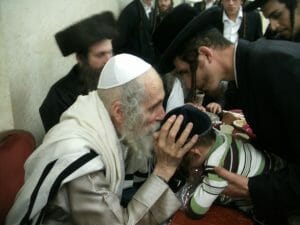 Rabbi who believes in the truth of the Torah.

Kalman Wiseman - February 7, 2021 3
New Prayer from Rabbi Berland Against Coronavirus Published for the first time this week in the Shivivei Or Newsletter. ==== Master of the world, save us from the terrible plague that is called Corona, which gets stronger...
Read more

David Simcha - February 4, 2021 0
In an arbitrary and outrageous move, our Rebbe Rav Eliezer Berland shlit”a was returned to Ayalon Penitentiary in Ramla in spite of his precarious state of health and the fact that the move to...
Read more