Sunday, December 6th — Hundreds of Kollel students from Shuvu Banim, equipped with signs, loudspeakers, and other protest accessories, arrived at the famous Coca-Cola bridge at the entrance to Bnei Brak.  The reason: to protest the illegal incarceration of our Rebbe, Rav Eliezer Berland shlit”a at the hands of the Israeli Prison Authority, who insist on keeping him imprisoned until the end of legal proceedings, despite the fact that his trial has still yet to begin.  The situation is worse than it sounds because the Rav is mamash in life-threatening danger.

This gathering joins the recent series of prayer gatherings and protests which have started all over Israel, with well-known figures speaking in front of the surrounding public.  Passersby often stop in their tracks and listen in shock at hearing of the terrible and cruel campaign of persecution against the 84-year-old sickly Rabbi, who after ten months is still being held in prison without trial. 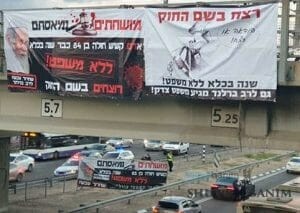 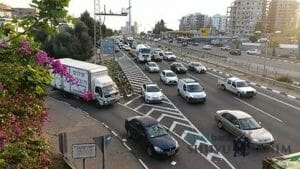 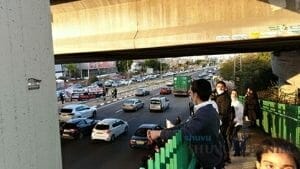 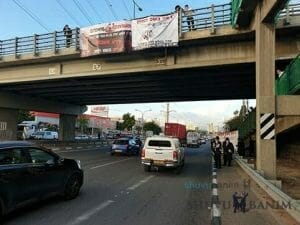 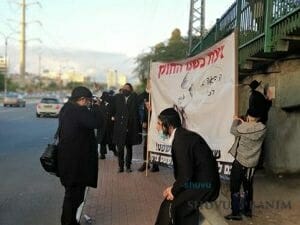 Prayer Gatherings All Over Israel Tomorrow Evening, Monday at 8 pm