Please, the One Who forms the mountains – let us merit, grace us with the grace of shepherds, with the love of friends.  Let us merit to “Love your fellow as yourself” with complete heart and soul, to graciously give and bestow kindness, to love with self-sacrifice.  “Place a guard for my mouth, Hashem; guard the door of my lips” (Tehilim 141:3), so that I shouldn’t falter in what leaves my lips, lest I open my mouth about my brothers and companions, in whose friendliness my salvation is dependent.  Let me merit before prayer to encompass myself in all the souls of Your people Israel, until the redeemer comes to Zion (Keter – Crown in the AT-BaSH cipher: Goel – Redeemer).  Let me merit to set in the crown of the King of All Kings every gemstone – the children of kings [e.g. the Jews], until the crowns on the letters of the words will fly also to the nations and gentiles, penetrate their hearts and make converts.  Because Israel, the Torah, and the Kadosh Baruch Hu are one, and when Israel is made into one nation, each person encompassed in his fellow, in Thirteen Attributes they are encompassed.

Ribono Shel Olam – Master of the World, let me merit to remember well that because I didn’t overcome [to perform the mitzvah] of loving one’s fellow, the accusation of “a scattered and dispersed people” (Esther 3:8) overcame me, which is the accusation of the moon that “it’s impossible for two kings to wear one crown.”  And because my eye is jealous over the success of my friend, I blemished the aspect of Mashiach – “Fair eyes and a pleasing appearance” (Shmuel I 16:12), and all the supernal mentalities have departed from me.  And because I transgressed “a slanderer is a fool” (Mishley 10:18) and my mouth preceded my eye, the Holy Temple has been destroyed, because I suspected and said with my mouth things which my eyes didn’t see; I returned the entire world to chaos and void, and I darkened the face of the earth; with my own hands I have brought onto the House of Israel all the harsh decrees, and I renewed the shattering of the vessels instead of rectifying them.

Oy to me for the terrible destruction which I’ve caused in all the worlds, because instead of nullifying myself to my colleagues and to do their will, and to merit through this to unify all the divine emanations; instead of being like Aharon HaKohen, to love peace and pursue peace, and to fulfill the verse, “Seek peace and pursue it” (Tehilim 34:15), instead of being like Mordechai, [one who] “seeks the wellbeing of his people and speaks peace to all his offspring” (Esther 10:3), I did the complete opposite and ignited the fire of dispute and spoke evilly about people who are many, many times better than me, better than me countless times.  I even spoke about Torah scholars and have been like Korach and his congregation, who disputed Moshe, Aharon, and the upright congregation of the Children of Israel, almost returning the entire world to chaos and void.

Please, Merciful and Gracious G-d, let us merit to love each person with heart and soul.  Let us merit to see only the virtues in our friends and not their lacks, to escape from the aspect of “scattered and dispersed” and to merit to the aspect of “and Israel camped there opposite the mountain” (Shemos 19:2), like one man with one heart. 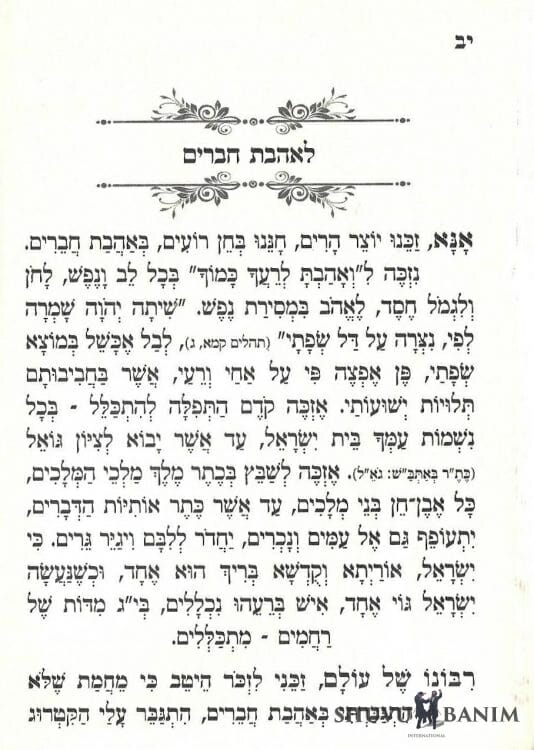 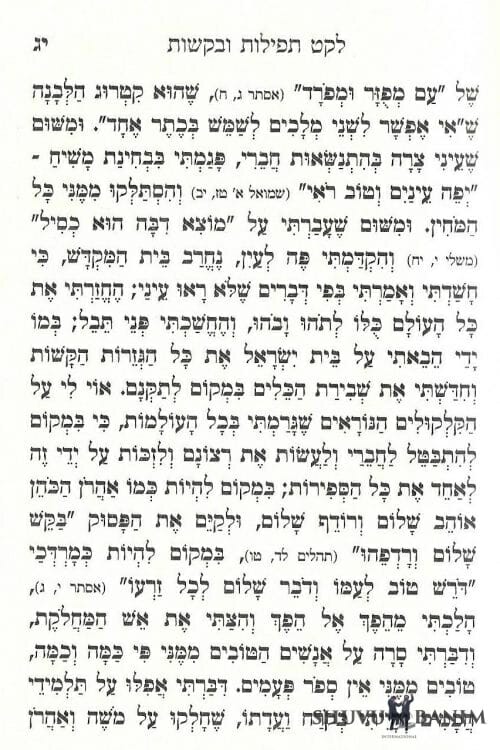 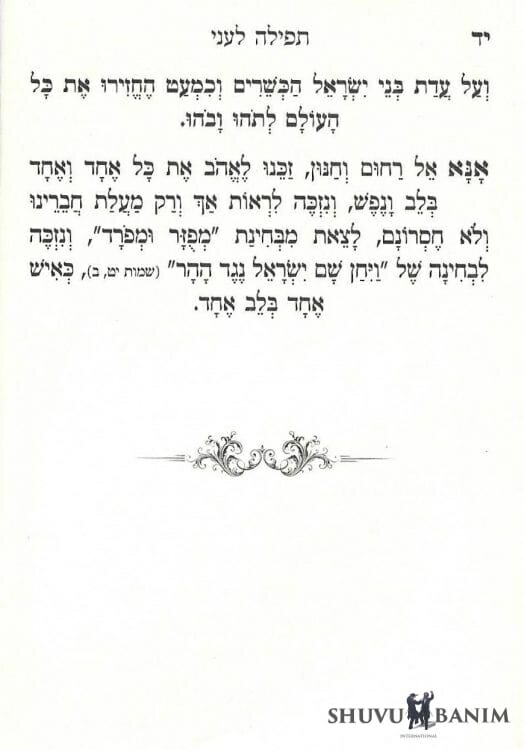