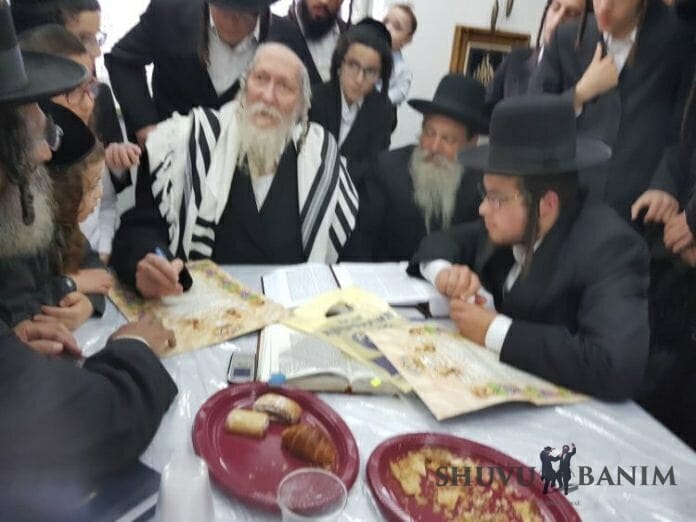 A vision of Jewish unity

Recently, we were contacted by M. a woman living outside of Israel who has recently been having a number of what she terms ‘visions’ or Rav Berland when she’s in a state of deep meditation.
M. described her ‘visions’ as somewhere between a dream and an awake state, i.e. she’s awake, but extremely relaxed and very much ‘here’ in the world, but at the same time, she feels that she’s in another, far more spiritual, realm.
Over the last couple of months, M. has been having more and more of these visions, but after the most recent one, she got the message that she should share her vision – and the very important message it contained – more widely, so she contacted us to help her to do that.
Here is how M. described her vision:
“Rav Berland was standing outside a big tent. He told me: “This is my tent. It’s made out of  the clothing of Tzadikim. (But the tent looked like a normal, big camping tent.)
“Then the Rav told me that I need to tell people about this tent.
“Then, he told me that I should go into the tent with my husband, which I did. The Rav said that he himself would be staying outside the tent, as that was the only way we’d be able to continue to see him. He told me that if he came inside the tent, we wouldn’t be able to see him any more.
“Then he said: “You can only be here in this tent if you feel One, (unity / achdut). If you feel ‘one’ with each other, ‘one’ with all the people in the world, ‘one’ with the Rav, and ‘one’ with Hashem.

M. continues:
“He told me another condition for being able to enter the tent. He said that you have to feel deeply satisfied – not just with material things, although that was also included. But he was talking more about feeling the sort of deep, spiritual and emotional satisfaction that’s often referred to as nachas.

“He said that in this tent, people know to not eat food that’s cooked by people who are too lost in the problems and life of this world. He said that husbands will only want to to eat the food cooked by their wives, in this tent.
“The Rav continued to tell me that all people would want to do is to smell the blossoms, leaves and herbs, and that this would satisfy everyone deeply.”

“Behold, days are coming – the word of the Lord – when I will send hunger into the land. Not a hunger for bread, nor a thirst for water, but to hear the words of Hashem.”

Bezrat Hashem, we should all enter the tent of the true Tzaddikim, and feel sated.
ASK ADVICE - RECEIVE A BLESSING