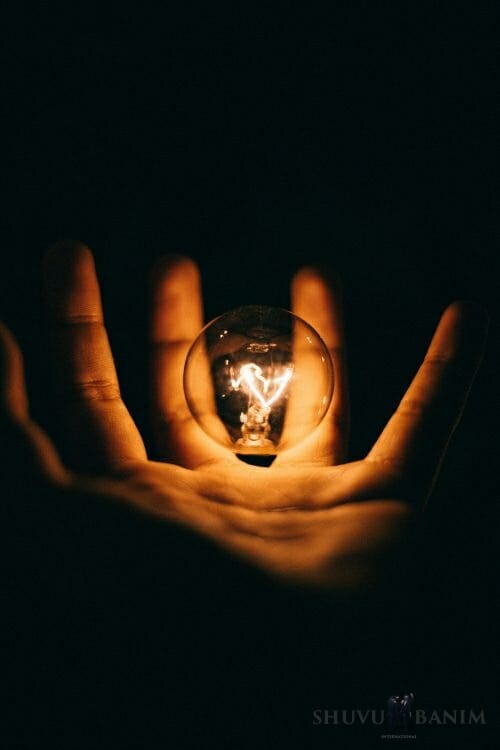 They’re trying to drive you away? Hold on tighter!

When they try to drive a person away, they help him to take off all his ‘masks’.

The curse at the end of Parshat Emor takes all the ‘masks’ off for him.

It’s written, ‘it will be perforated’, and after that it’s written ‘it will be cursed’. It’s written in the Sha’ar HaPesukim, from the Arizal, that he made a perforation, he revealed it to everyone.

The Heavens were opened and he showed them a Divine revelation.

Like the Prophet Ezekiel, who made a perforation between the [kabbalistic] world of Asiya and the world of Yetzira, and showed them the whole merkava (Divine Chariot.)

When Am Yisrael descended to Bavel, the whole Beit HaMikdash was destroyed, everything was burnt, and very few people actually arrived there.

The nation of Israel was in a state of maximum yeoush (despair).

So, what did Ezekiel do? He opened up the whole merkava for them, and made for them a ‘hole’ into the world of Yetzira. He showed them the merkava, that the Divine Chariot was still together with them. Hashem was still with them, in the midst of their tumah (spiritual impurity).

And HaKadosh Baruch Hu descended with us, into the midst of all the tumah.

He descended with us, wherever we found ourselves. Wherever we were driven away to.

Like Am Yisrael in galut (exile) is limited, so the curse that the nation should come to such lowliness is also limited.