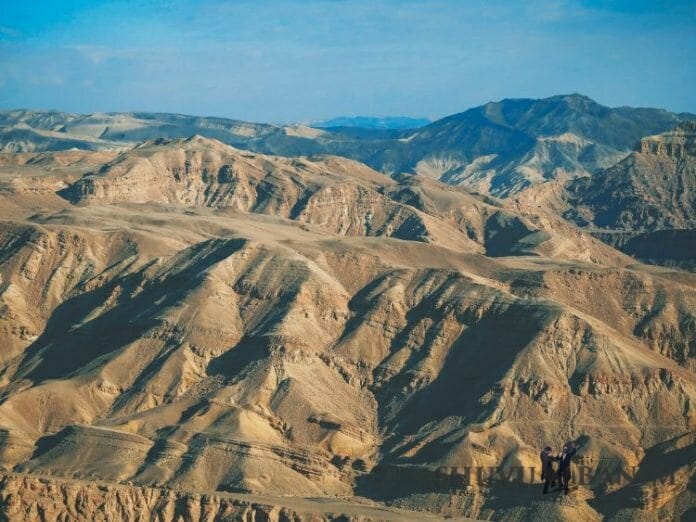 Gog and Magog will only happen in another 200 years

The calamities will only take place in another 200 years, not now.

[Someone in the audience responded that Moshiach was coming now. Rabbi Berland replied:]

Moshiach will come without anyone dying.

‘Two thirds before the end of the 6th millennia, then there will be awful calamities, and the world will be destroyed.

And then, there will be the most blood-drenched world war – that’s what is written in the Midrashic compendiums. In the Midrashim, it’s written that:

In the days that the Moshiach comes, there will be a terrible war. People will be chopped and sliced into bits, because everybody will have done so very many transgressions, that it’s impossible to atone for them any other way.

It’s written that in the war of Gog and Magog all the mountains will totter and melt.

But, whoever is with Rabbenu (Rebbe Nachman of Breslov), and whoever will do an hour a day of hitbodedut (talking to Hashem in your own words), and whoever comes to pray together with the Rav – so they have nothing to fear.

It’s written, that Hashem will bring all the 10 plagues, but this will be on the goyim (the non-Jewish nations), not on the Jews.

It will only be on the non-Jewish nations. We have nothing to be afraid of! These things are only going to occur in another 200 years.

[Someone from the audience commented: Chas v’shalom, that this will only be in another 200 years! This should only apply to the hard things! The Rav replied:]

Translated from the Shivivei Or Newsletter #95