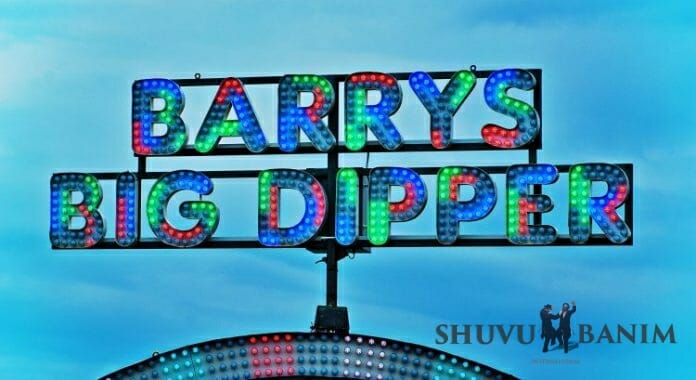 The last few days, the rollercoaster has been in full swing, at least in the Levy household.

And then the next minute, the whole picture seems to have changed into the black again, and I’m sitting here feeling overwhelmed and not a little bit weepy.

True, I’m a woman, and we’re known for our mood swings.

True, I’m half-Moroccan, and we’re known for our mood swings.

True, I’m a little nutso, and I’m known for my mood swings.

But even with all those provisos, it’s still been such an up and down time recently. How can it not be, honestly, with all this state-sponsored persecution going on against Breslov, Shuvu Banim and the Rav?

There’s just so much uncertainty.

So much see-sawing from black to white, from one thing to its polar opposite, whether its fears about the Corona Virus, worries about the economy, the on-again-off-again war with Iran…. The madness is just so mad, because one day ‘the problem’ feels so palpable and tangible and real, and the mountain seems so high, it seems impossible to scale it.

And then the next day…. It all disappears, and I’m left sitting here scratching my head again and wondering why I was taking things so to heart. It’s literally head-wrecking, and I don’t know which way is ‘up’ most of the time at the moment.

Last Wednesday evening, I went off to the prayer gathering at the Rav feeling in a pretty heartbroken, down mood. I sat at the wall just feeling so lost in the world again, and like the darkness never ends and Moshiach is never going to come, God forbid.

As I started saying my Tikkun Haklalis, a small girl came up to me and gave me a prayer from the Rav.

I took it, read it, and this is how it was headlined:

“That in these prayers, we should receive the face of Moshiach Tzidkenu.”

A felt my mood lift maybe 5%, because maybe, just maybe God was paying attention to what’s going on down here after all, and all the tremendous efforts that have been made in recent months to get the Rav’s prayers out there, and printed, and translated and sent around the world. Including recently, the monster effort to translate the prayer against the Corona Virus into 36 languages – and counting – and to get it press released and boosted across Facebook.

I started to think about who my kids are going to marry, and how all that is meant to play out in this broken, dysfunctional world where we’re all just so messed-up.

Like clockwork, another kid showed up with another prayer from the Rav, this time headlined:

I was starting to see a pattern develop.

I carried on saying the seven Tikkun Haklalis we were all reciting together at the Kotel, ahead of the Rav’s next hearing in the Jerusalem court the following day, and the next sad feeling welled-up.

God, sometimes I feel so alone.

The words had barely crystallized in my head when another small girl came past, shoving another brightly-colored prayer at me. This one was entitled:

“To merit to know that Hashem is with me on every occasion and at every time, and that I should have the intention to only do His will in simplicity, and then Hashem will seek to shower upon me all the good that is in the world.”

It appears, someone was reading my mind.

The next prayer I got was for the Rav’s health and welfare – very necessary, considering that the authorities are again putting him in strict isolation and not even giving him regular meals.

And then, I finished saying my seven Tikkun HaKlalis, and texted the husband to see if he was done. He took a while to come back to me, and in the meantime I started to feel a little grumpy at him, as wives can do.

Another small kid wondered past, and gave me the last prayer for the night. It was entitled:

“A prayer for shalom bayit like the cruvim (cherubim) whose faces were turned one to the other.”

I said it, and then my husband texted back that he was done, and ready to meet up.

The following day, there was sun in Jerusalem for the first time in literally three weeks, so I took the opportunity to go for a long walk into town, and to do some hitbodedut sitting in the park by Montefiore’s Windmill.

Sitting there in the sun, I could feel the clouds start to part again.

It’s going to be OK, somehow. I don’t know how, but maybe all this ‘craziness’ that we’re all going through right now is actually just a chimera, and illusion. Maybe, things are way better than they look and feel, and maybe we really are so much closer to kol tuv than it appears.

This week, I’ll be discussing the topic of Happiness, and how we can try to stay joyful, even when sometimes that’s so very hard.

You can join the class live by clicking the following link (if you’re woman):

The Savraner Rebbe revealed when Moshiach will come