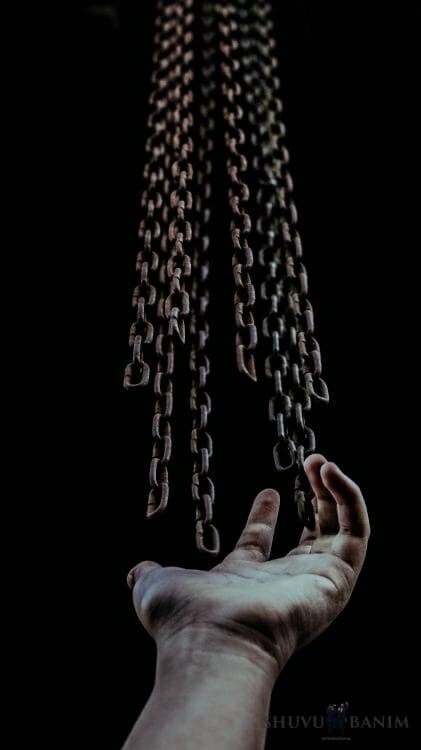 A person’s whole purpose is be trampled on – Rav Berland

We’re pleased to bring you a translation of a shiur from Rabbi Eliezer Berland, that was given over from where the Rav is being held in Tzalmon Prison, on the 11th of Iyar, Parshat Emor 5780, on the 26th day of counting the Omer.

Now it’s the day of hod she b’netzach…

The Gemara (in Tractate Avoda Zara 52b) says that for as long as they hadn’t made the Golden Calf, all the statues of the Zvuv (Baal Zvuv), and of the insects, and the lizards and the frogs wasn’t considered to be true avoda zara.[1]

This was the avoda zara (idol worship) of the Egyptians, [related to] fertility. A woman who hadn’t yet conceived would bring an offering, she’d slaughter a sheep, or her own son, to honor the ‘frog idol’, and then she would conceive.

This would mislead her into thinking that slaughtering her child on behalf of the avoda zara is what helped her to become pregnant.

Now, we are in hod she b’netzach[2], and anyone who passes away today will straight away enter Gan Eden, within a thousandth of a second, like the son Rabbi Mordechai of Tchernoble (Rabbi Mordechai Twersky was the second Rebbe of the Tchernobler Chassidut), who was the most tzaddik (righteous) of his generation.

In the Heichal Bracha it’s written about Sarah, that she laughed.

This is the idea that Sarah was a student of Shuvu Banim, from here, this is where all the mitnagdim (opponents) got defeated. [Rabbi Berland is mocking all the false allegations that have been made against the Rav and his community.]

All of this came from Shuvu Banim.

So, they say about this Rav (i.e. about Rabbi Berland himself) that all he does is teach people to act with chutzpah. Look, even Sarah acted brazenly!

Now, we’re going to count Sefirot HaOmer, afterwards, we’ll say a few words in the honor of hod she be’netzach, and netzach she be’netzach. And then, if we merit it, then it will already be techiat hameitim (the revival of the dead).

Hod is related to Rabbi Shimon Bar Yochai. All of the spiritual work is to connect Rabbi Shimon to Rebbe Nachman [of Breslov]. ‘Har Bashan’ – Bashan, this is ‘Shimon-Nachman’. Bashan is Nachman ben Simcha, Tzalmon….here, this is Har Sinai. Here is where they had the Eshel (Tamarisk trees).

Tzalmon is from the aspect of Har Sinai, it’s the latch of the Mediterranean, against Yaakov Avinu, 68 amot, 8 + 60 = 68 amot. They took the Eshel from here, and planted it in Mitzrayim.

Why is it written that Yaakov seeded the Eshel?

To show the children that in the future they would leave the galut (exile). The children said to the old people, what are you talking about, geula (redemption)?!

They took them to America, and to England. In England, they abolished slavery before the Americans abolished it. It was forbidden to bring new slaves, but those who were born there continued to be slaves.

Abraham Lincoln, who died on April 15th, abolished slavery. They shot him because he freed 120,000 colored people.

From the soles of Leah’s shoes, we will make a crown for Rachel. And this is:

A person comes to the world just in order to be the heels, this is his tachlis (purpose), that he will be guided in, that he should be trampled on, degraded and preyed upon.

[1] See the discussion there, where it talks about how a non-Jewish idol-worshiper can ‘nullify’ his own idol, but how a Jew can’t nullify a non-Jew’s idol.

[2] The counting of the Omer is split into 7 weeks, corresponding to the lowest 7 sefirot, or kabbalistic worlds. In order, these 7 sefirot are: Chesed, Gevurah, Tiferet, Netzach, Hod, Yesod, Malchut.

[3] In Hebrew, ‘ekev’ refers to the heels, as well as the translation given above, so the Rav is making a play on words.

How to survive shaking the world