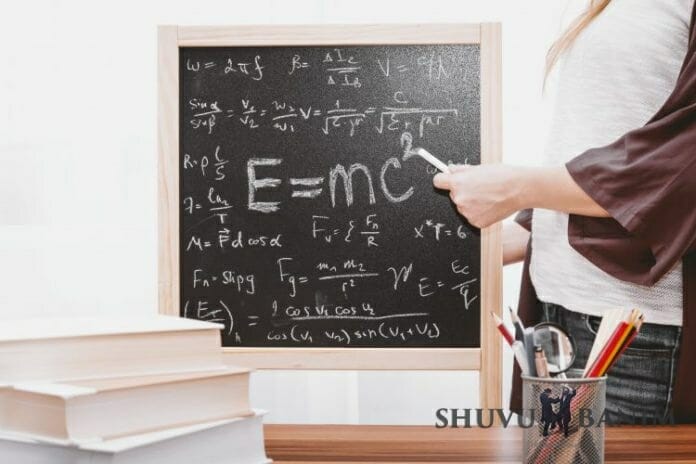 Einstein wanted to be religious

E=mc2 and the Nations of the World

Einstein went from shul to shul.

He decided that he was going to be religious. He began to eat kosher. They ate traif, mamash traif. Traif, traif, traif. He ate on a separate table, separate plates. They didn’t yet have plastic at that time. He bought separate plates from his own money.

They were assimilated and made fun of him and degraded him. Until the age of 16 he ate off separate plates, he was burning, burning with emunah, burning. And he was looking for a shul with melodies, but didn’t see anything. He even went to Gur – there was a Gur there.

This was already in 1900, but he couldn’t find any shul with melodies.

Maybe one day they’ll find a book of his prayers. Until the age of 16 he stood his ground. But at 16 came along some yetzer hara and he married a non-Jew. His mother told him that in the end she would take all his property and take his furniture, his house, everything. She took it all, she left him with nothing. And the son, he came out crazy, of course. His first son lived in a mental institution, and the second son was so-so, a half scientist.

In any event, in the end it all turned bad and bitter, and his entire life he regretted that he never went to yeshiva.

He revealed only E=mc².

He revealed just three letters. This represents alef mem shin: E is alef, m is mem, c is shin. With the letters alef mem shin Hashem created the world. So, he revealed E, m and c. Whoever reveals this secret can blow up the entire globe. With one gram [they blew up] Nagasaki and Hiroshima. Actually, less than a gram, because half a gram is 45,000 tons, and this [the bomb which blew up Hiroshima] was equal to 12,000 tons.

The first bomb was 12,000 tons which is an eighth of a gram. The second bomb was equal to 20,000 tons – meaning tons of TNT. This should have blown up all the surrounding villages. However, there were mountains surrounding there.

The plane was flying to the city of Okvavka in Japan. But there was fog there, but that was the place the bomb was meant to explode. So, they went to Nagasaki [instead], because it seems that someone called out, ‘Ana Hashem Hoshia Na!’ (please Hashem save [us]).

Some Jew there, or perhaps a non-Jew, that called out to Hashem, ‘save us’.

Because they had already blown up one city and Togo [the Japanese General] said it’s nothing, it’s just nonsense, it’s just the nonsense of the Americans. We don’t need to pay attention to it at all.

It’s not an atomic bomb at all, it’s just a tremendously big explosion.

Because the Japanese were stronger than the Americans.

Because they believed that the [Japanese] Emperor was born from the sun.

In any event, they made a reckoning that they would kill 300,000 in the first blow in Pearl Harbor.

So the Emperor said no. The Emperor Arohito Orit said to him to stop, have mercy on me, I have no strength for this. How much strength can one have? Because [US president] Truman said he would drop a third bomb if not. Enough, I’ve no more strength for this, they’ve killed 300,000.

All this is speaking about E=mc², about what Einstein revealed.

Everyone said he was mad, and that he needed to be put in a mental hospital.

Roosevelt [the American president at that time] didn’t want to believe it. Because Germany was about to conquer America. They [the Americans] already had no ships left, because they had sank a million tons of ships. After a year of the war, he sent him a letter that he had a secret which could blow up all of Germany in a second. He didn’t want to believe, but his Minister of Defense, the head of the army, said that it is correct. Churchill [prime minister of England at that time] also said it was correct.

They wrote a letter saying that it should be taken seriously, because they needed to invest in it, they needed to develop it, it was just a theory. Today we see it, but then, they couldn’t see it.

All of this is what we have been speaking about.

We’re speaking about the fact that there are letters alef mem shin, and with these letters Hashem created the world.

Alef is avir (air), mem is mayim (water) and shin is aish (fire). In everything there’s air, water and fire. The Rambam says that in everything, from water is made air, in everything says the Rambam there’s water, air and fire.

These are the letters from which Hashem made the world.