Home Blog Breslov Women It doesn’t feel so safe, out there 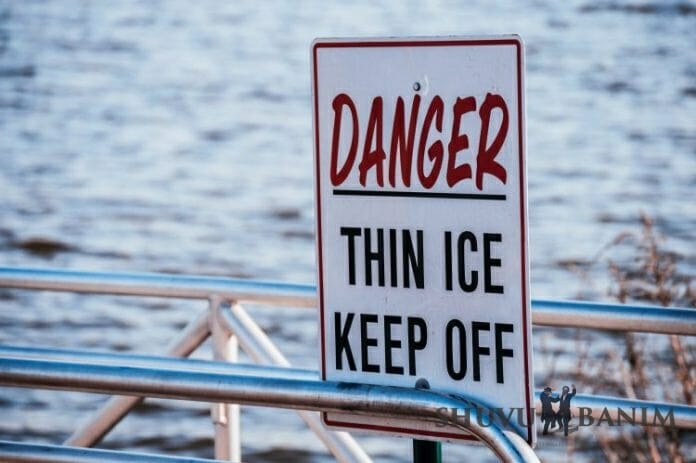 In recent weeks, Rabbi Berland has mentioned on a number of occasions that it’s forbidden to leave Eretz Yisrael.

One of his short shiurim on the topic was put up on the site HERE a little while ago, but this week I also got a few text messages from the Breslov hotline where the Rav was reiterating that message.

Don’t go outside of Israel!!

Usually, I don’t have a lot to say about this as I live in Israel, baruch Hashem, so it’s not a big deal. I can imagine that the people who don’t are probably finding these messages far more upsetting and disturbing.

So there I was, feeling secretly smug about the fact that these messages don’t apply to me, when my eldest dropped the bombshell: her and a few friends are trying to book a week away soon, outside of Israel.

When she told me she was going to Uman later on in the Summer, I was OK with that.

Wherever the true tzaddikim are buried, the area directly around their tombs has a ‘taste’ of Eretz Yisrael, so there is much more spiritual protection there.

Even so, after reading about the poor Jewish man who got thrown in to prison by the Ukrainian authorities after being involved in a fatal accident that he didn’t cause, I had a niggling reminder that holy as Uman is, the Ukraine is still not Israel. It’s still not ‘home’.

So, when my 18 year old started telling me that she’d booked a week in Bulgaria (!) too, I was thunderstruck.

Why there?! What’s there?! Why do you feel the need to go out of Israel?!

That’s what I wanted to know. For three weeks, we’ve been kind of half arguing over it, as she’s 18 and can technically do what she wants. She told me that it’s fun to get on a plane, and I know that the friends she wants to go with have a much more relaxed view of leaving Israel than I do.

(Whisper it softly, but I don’t really like those friends…)

But I kind of made my peace with it, because hey, I can’t chain my daughter to a radiator without getting arrested. But Bulgaria?! Really?

Then, the Rav started coming out with his pronouncements to stay out of chul, and I kinda got a little more nervous about the whole idea. The arguments went up a notch. And something interesting has started happening, too, that the people they booked the trip with are turning out to be pretty unreliable.

Last I heard, Bulgaria was being scrapped in favor of….Odessa.

Odessa?!? Are you serious?! What the heck is in Odessa for four nice Jewish girls from Israel?!

Ok, sometimes it’s used as an alternative route into Uman, when the flights from Kiev are overbooked or overpriced, but again, Rebbe Nachman is the only reason I’d go near the Ukraine. Certainly not for a holiday, stam.

So then what about Georgia?

She wanted to know.

Georgia?! Another former Soviet Union country with dodgy police and very little in the way of kosher food?!

That’s what I’m pleading with my daughter.

OK, great go to Uman later in the Summer and get your ‘plane’ fix that way. Go to Eilat or something with your friends (urrrgh, I hate how sleazy Eilat is too, but at least it’s still Israel….) if you have to, if you really want a break.

But please, daughter, don’t leave Israel right now, more than you have to.

I get the feeling it’s not so safe for Jews out there.

This isn’t the place to go into details, but today I read that a group of young Israelis are being accused of being involved in something very shocking in Cyprus.

I don’t know any more than you if the accusations are true or not, but I can tell you this: they started to beat Israelis up on Cyprus, as a result of these rumors.

It’s just reinforcing the feeling that Rabbi Berland never says anything stam, and that there is some important reason – over and above the basic halacha that we’re not meant to leave Israel except to visit kivrei tzaddikim, make a marriage, or to make a living – that is prompting his recent emphasis on staying in the Holy Land.

And in the meantime, the argument with the 18 year old continues.