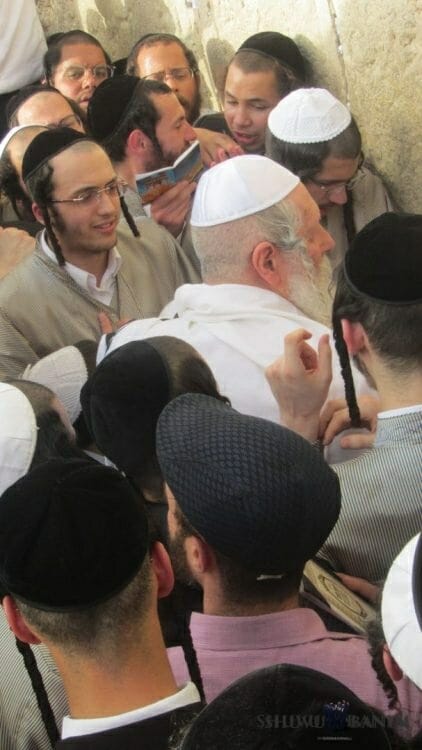 Translated and adapted from a shiur recently given by Rabbi Eliezer Berland, shlita, in Jerusalem, from the Shivivei Or newsletter #94.

[In Hebrew], the words ‘alef zaira’ (the tiny letter ‘alef’ that appears at the beginning of Parshat Vayikra) have the same gematria as ‘Rabbi Akiva’. [Both phrases add up to 399]. Now is when his 24,000 students died, who didn’t act towards each other with the proper kavod (honor), etc.

But they say that they did show honor to each other nicely, [on the outside], but that in their inner hearts, they didn’t value the other person’s inner dimension enough.

A person needs to act with maximum respect towards another person.

A person needs to know that the other one is a bigger tzaddik than he is, and is holier than he is.

The Rambam says that a person needs to say about his fellow Jew who he sees has committed a transgression, that even though he stumbled, he couldn’t really help it. But I can’t use that excuse for myself!

That’s the whole point of counting the Omer.